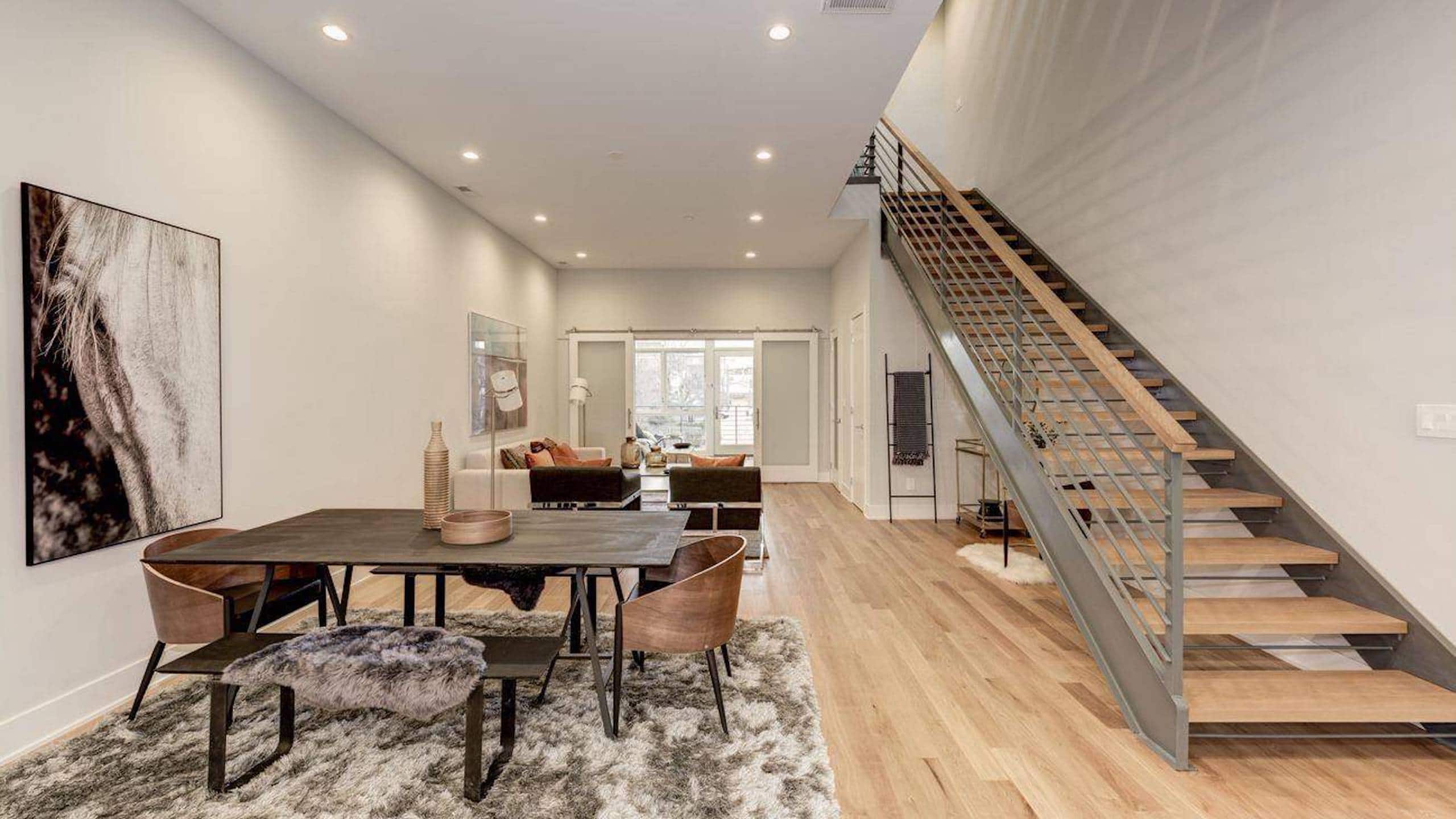 Trading Spaces: Swap a Soho studio for 3 floors of penthouse living in DC

Living
Trading Spaces: Swap a Soho studio for 3 floors of penthouse living in DC
Share this article
Next article

For many decades, residential property prices have been the most prominent thorn in Hongkongers’ sides; and the trend for satirically unaffordable housing doesn’t look to be stopping anytime soon. According to experts, buyers can expect to pay somewhere in the ballpark of HK$16 million for new homes in 2019* — a statistic that’s unsurprising, given the consistent price hikes which are par for the course year-over-year.

It begs the obvious question: should you spend hard-won millions on an urban shoebox (likely built by a despotic property developer with little eye for design) or put your money towards a getaway that’s roomy, exciting and (in all likelihood) cheaper? Trick question — you should weigh up your options first. Welcome to Trading Spaces: a monthly series where we compare the average Hong Kong housing with our favourite overseas alternative valued at an identical/lower price point.

Living
This beautiful Italian town is selling homes for HK$9

Once upon a time, the notion of having the “privilege” to pay $10 million for a studio apartment would have been positively Orwellian. But that was in an era prior to Hong Kong’s current sociopolitical predicament: one where credible fixes for the housing shortage didn’t include erecting giant environmental sinkholes in the middle of the ocean. But I digress. By current market standards, this “fully furnished” studio (wire chairs! an IKEA sofa!) is an ostensible bargain. Measuring a total of 450 sq ft, it was originally erected as part of a non-managed residential development in 1970 — so at least there aren’t any pesky monthly management fees. The biggest boon here is location: overlooking Elgin Street, smack-dab in the middle of Soho, you’re mere steps away from a variety of international restaurants with serious culinary chops — Belon, Kinjo’s Izakaya and Posto Publicco spring to mind. That’s handy, given that any attempt to prepare meals at home will likely involve simultaneously cooking across your very diminutive sleeping, living and grooming quarters. Simultaneously.

Address: 510 L Street NE #B, Washington, District of Columbia
Asking price: HK$9,809,843
For roughly the same price of the aforementioned studio (less a cool HK$190,000), buyers can trade up to a lofty penthouse style condo just north of Capitol Hill. The property was just completed this January, so it isn’t surprising that the quality of fixtures and building materials is uniformly excellent. A huge open kitchen, complete with marble countertop seating and Jenn Air appliances, ensures you’ll never cook too close to intimate spaces again; whilst the multi-storey layout builds in sufficient square footage for up to three bedrooms (the private terrace off of the main floor can easily be transformed from its de-facto lounge setup). Head up past the main floor and sleeping areas and you’ll even find that there’s a verdant private rooftop. Equipped with a gas hookup and discrete yoga nook, it’s the perfect vantage point from which to take in your surroundings. Speaking of, this property is no slouch on the neighbourhood front either, located a walkable distance from gourmet food hall Union Market — the centrepiece of northeast Washington DC’s culinary revival.

8 interior design podcasts to help you decorate your home

Where to rent furniture in Hong Kong

5 spring decor must-haves for your home