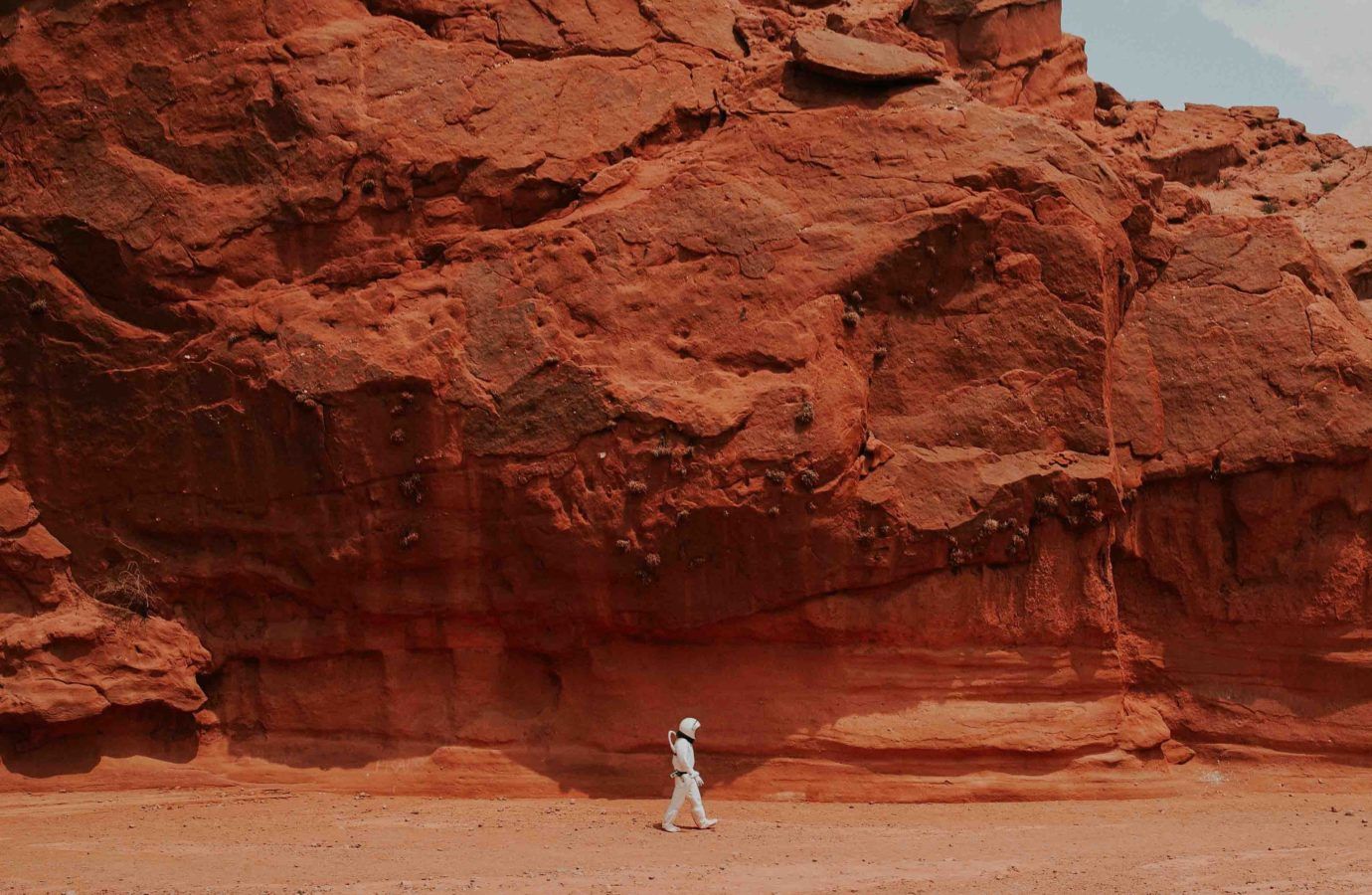 A virtual house on Mars has sold for HK$3.8 million

Living
A virtual house on Mars has sold for HK$3.8 million
Share this article
Next article

An artist has designed a house on Mars. This virtual home was put up for sale and purchased in cryptocurrency for $500,000 as an NFT virtual property deed.

How about a dream house with a view of Mars? Contemporary Toronto-based artist Krista Kim has designed a virtual home to live on the red planet. Called Mars House, the piece of crypto real estate was sold for just over $500,000 (approx. HK$3.8 million). The deed to this unique home is as virtual as its design. Indeed, the designer “tokenized” her house to sell it as an NFT, a kind of unique virtual title deed. All for 288 ethers (ETH), equivalent to $515, 712.

There’s no kitchen but there is a shower

In this house, the interior space is largely open to the outside thanks to large bay windows. Outside, a garden lounge offers a breathtaking view of the hills of Mars and its tangerine sky. Inside, all the modern comforts have been thought of, except that it will be impossible for the virtual inhabitants to cook. The artist’s rationale is that the usual appliances were not adapted for this property since one does not eat in a virtual world. Paradoxically, it will be possible to take a shower.

This type of transaction is booming in the art world and beyond. Many virtual (and real) objects have been sold via NFT like gifs, photos, tweets and short videos. The most famous recent case is the sale of a work by the artist Beeple (Mike Winkelmann). This month, his work “Everydays – the first 5000 days,” an encrypted jpeg file, sold for the staggering sum of 69 million dollars at Christie’s.

The creation of this Mars house in a virtual universe represents the artist’s reflections around the place of technology in our lives. In 2014, Krista Kim even launched her movement, called “techism.” On her website, where she publishes the movement’s manifesto, she questions the place of beauty in the digital age since the arrival of Web 2.0 in our lives. Through her work, the artist says she wants to reconcile technological innovation with artistic creation. With her house on Mars, it seems that she’s succeeding.

Living Home Property & Interiors
Staff Writer
Property
Sign up for our newsletters to have the latest stories delivered straight to your inbox every week.