Drenched in the bucolic charm of Bromley and housed in a stunning original structure by John Nash, UK heritage developer City & Country has been breathing new life into 22 new apartments at The Mansion at Sundridge Park.

The priorities of home buyers have undergone major shifts in 2020, according to a recent Savills survey, with quality of lifestyle taking precedence over convenience or proximity to work. As we continue to contend with the coronavirus pandemic, homeowners have naturally been turning to more rural locations in search of better wellbeing, with crucial criteria being greater space, greenery and privacy at locations that still offer quick commutes to central London.

As such, boroughs like Bromley — London’s largest — have been garnering plenty of attention. Known for its leafy charm, it’s also often cited as the birthplace of punk during the 1970s, being the hometown of cultural icons such as Siouxie Sioux and Billy Idol, and where David Bowie spent his formative years.

Sitting at the heart of Bromley is The Mansion at Sundridge Park, a recently restored Grade I listed mansion house designed by the preeminent architect John Nash. Nash was behind some of the most incredible architectural designs in the UK during the Regency and Georgian periods, including city landmarks such as the Marble Arch and Buckingham Palace. The Mansion has now been painstakingly restored to its former glory, with its spacious wings converted into 22 unique duplexes and homes.

Living
What to know before investing in the UK property market 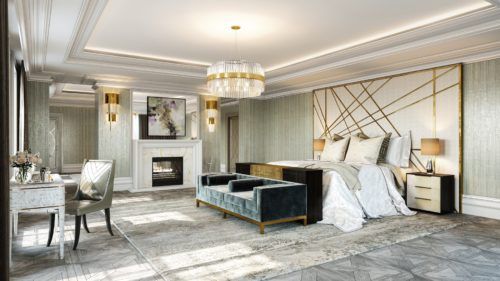 Living
Fit for a Queen: Your guide to the exalted London attractions near No. 1 Palace Street 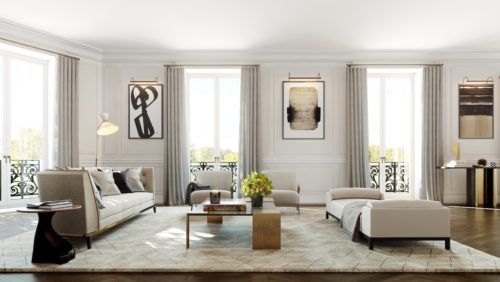 Situated just 25 minutes from central London, The Mansion is surrounded by 300 acres of enchanting English gardens, which were designed by Nash’s contemporary, the 18th century landscape architect Humphry Repton.

The thorough detail of Nash’s neoclassical designs have all been kept, with original windows, timber floors and plaster cornicing all repaired with great care. The interiors are now brighter, beautifully complementing the airy high ceilings enjoyed in each apartment.

The Sundridge Estate itself dates back as far as 1200, with the current building constructed sometime in the late 18th century. The estate has passed through the hands of English nobility over multiple generations, who have each added their own personal touches to the original architecture.

You can still spot the many alterations and additions woven into The Mansion’s existing layout. Each unit is named after significant figures who once called The Mansion home. For instance, Edward George Lind, a gentleman responsible for much of The Mansion’s most significant designs that remain today, is the inspiration behind the Lind three-bedroom duplex unit on the first floor.

The Repton, named after the landscape architect behind the estate’s gardens, is a sprawling two-bedroom home — and the largest of all the apartments in The Mansion, offering incredible views over the gardens crafted by its namesake.

Meanwhile, the Scott family, who owned the Sundridge Park Estate for over 100 years across multiple generations, also has a unit named in their honour: Known for their contributions in some of the later additions to The Mansion, such as the ornate ballroom built in 1880, the Scott apartment features exquisite original plasterwork and a show-stopping circular stairwell leading to the master bedroom.

Naturally, each of the unique homes come with all the creature comforts of the 21st century: The luxurious kitchens are outfitted with shaker-style Ladbury kitchens, integrated Siemens appliances and stone worktops. Bathroom suites feature luxury porcelain tiling, with top-of-the-line Villeroy & Boch sanitaryware — many also feature freestanding roll top baths and separate rain showers. All of the remaining homes available also feature private terraces or gardens, adding to the charm and the ample outdoor space to stretch out that is so sought-after by buyers these days.

Avid golf lovers will be ecstatic to learn that The Mansion at Sundridge Park has a golf club right at its doorstep. Sundridge Park Golf Club is one of London’s foremost member’s clubs for the sport, and is said to be the closest 36-hole golf club to any major city in the world. Amateurs and professionals alike will delight at the two 18-hole courses, with memorable holes that take you through majestic, tranquil woodlands — with a glimpse of London’s skyline hugging the horizon. Residents will be able to tee off with ease — with permission to drive their golf buggy directly from The Mansion to the clubhouse and the course, you can ostensibly get from your front door to the first hole in just a matter of minutes.

All residents immediately receive a coveted annual social membership at the club free of charge, whilst more serious players looking to make the most of the preferential location will want to vie for a permanent membership. As a resident, they also get to skip the long waiting list for the seven-day adult’s membership.

Imagine waking up in a beautifully restored heritage home, being able to commute to town in minutes and getting out on the fairway at every chance you can get: If this all sounds like a pitch-perfect dream, it doesn’t have to remain a fantasy for long. Sales are ongoing for The Mansion at Sundridge Park, with prices ranging from £900,000 to 2,250,000 million (approx. HK$9 to 22.7 million).

DJ Khaled is offering an Airbnb stay in his sneaker closet

Antilia to Villa Leopolda: 10 of the most expensive houses in the world