Think of Lush, and you’ll think of the sweet, pungent smells of its candy-coloured soaps that waft into any street its stores are located on. Look beyond the dizzying cloud of aromas though, and you’ll notice that beyond the handmade bath products and cosmetics, it’s really the creativity and fun they bring to your bath routine that has really become the British brand’s bread and butter. The new “Shellebrate Zero-waste” turtle jelly bomb comes to mind: it’s made with refreshing essential oils and leaves strands of plastic-like agar agar in its wake (which eventually melts in hot water) — a clever touch to raise awareness about the plight of plastic in our oceans.

At Lush’s multi-storey flagship store on Lyndhurst Terrace, this kind of heart translates upstairs to its spa as well. Guests are first welcomed into a cosy English farmhouse kitchen, apparently harking back to where the Lush founders first came up with the idea for the business. Convivial and down-to-earth, it’s a world’s apart from the many cool marbled luxury spas across Hong Kong. Not to mention, there’s great sound proofing here, and in such a controlled atmosphere — with the faintest bird chirps in the background — the spa feels like a hidden, escapist oasis in the heart of the city. 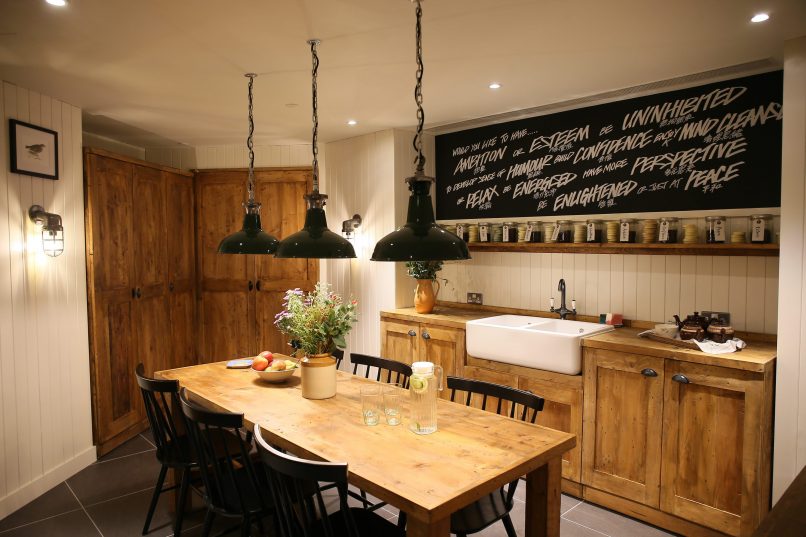 There’s a fantastic range of carefully designed treatments brought to Hong Kong, each aiming to bring you a sense of relaxation through all the senses. There’s the crowd-pleasing Comforter treatment — which pairs soft pink lights with hot chocolate and rose in a massage treatment to induce a warm and fuzzy feeling. There’s the Beatles-inspired Hard Day’s Night session, where massages are synced to spa renditions of the band’s best loved hits and B-sides. And we also learn of an extraordinary 180-minute session called The Planets, which is pinned as a transcendental triptych of massage, fortune telling and facial treatment that encourages you to let go of past, present and future tensions.

Each treatment at Lush Spa seems to create its own universe in the room, so I was more than ecstatic when I was invited to try one of the signatures: the 80-minute Synaesthesia. 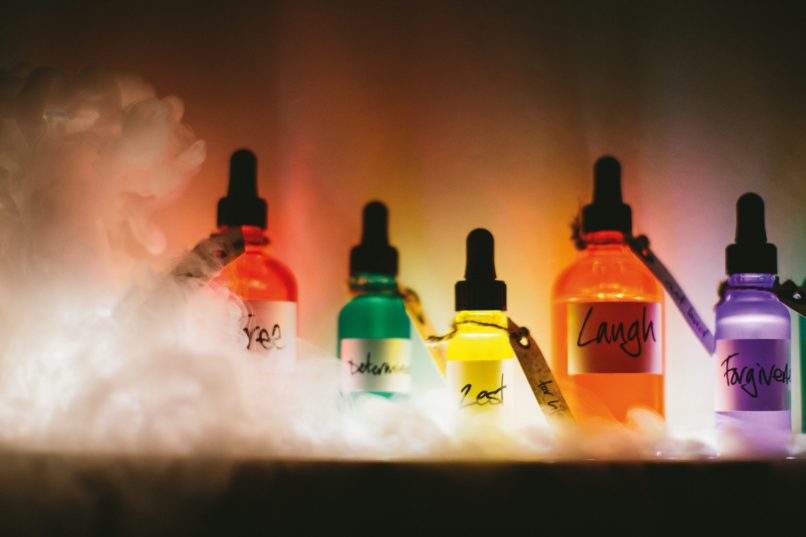 At the kitchen, I was asked to choose a word that spoke out to me the most from a chalkboard of inspirational phrases, from words such as ‘Uninhibited” and “Energised.” Anxious with all the deadlines and to-do’s looming in the back of my head, I went with “Mind Cleanser”. This corresponded with a mint-smelling massage bar that would be used during my treatment. I was asked to pick another word from several colourful bottles on the shelf, and I went with “Absolutely Determined” — I wanted to be clear and focused after the treatment rather than being so relaxed I would be rendered into a pile of putty. As much as this was to create a tailor-made scent for my massage, the exercise was also a unique way to set the tone for the treatment, as well as set my intention to more effectively release psychological tension. 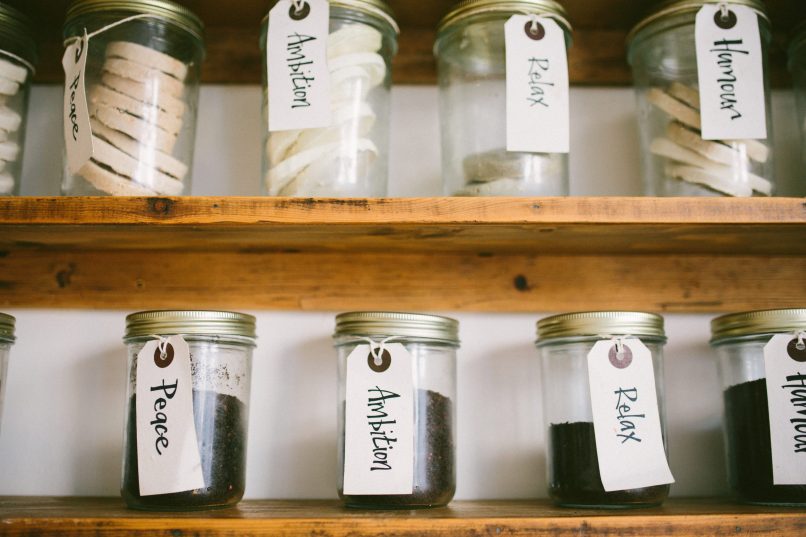 After waiting for my therapist to prepare the room, I entered, finding myself in a quaint country-style room — one that wouldn’t look out of place in a rural bed and breakfast in the UK. Bathed in a magical dimly lit glow, dry smoke was billowing from beakers and conical flasks along the ledges, created from dry ice and scent tablets that corresponded to my chosen scents. Slightly minty and herbaceous, it was a refreshing start to the treatment.

Once I changed out of my clothes, I lay face down and my therapist got to work: with the soothing sound of classical guitar chords and birdsong taking me through an aural journey. A head massage first melted away tension in my temples, while certain points sent relaxing electricity shooting down my spine. The soundtrack is pivotal here, and what encompasses the ‘synaesthesia’ aspect of this treatment: blending sound therapy, physical massage and pleasant aromas to take you away from the hustle and bustle of Hong Kong. Faint church bells in the distance and sunny, morning bird sounds brought me somewhere vaguely European, I imagined. Lush founder Mark Constantine, I later found out, is an avid birdsong recorder, and has even released his own book and CDs on the subject. 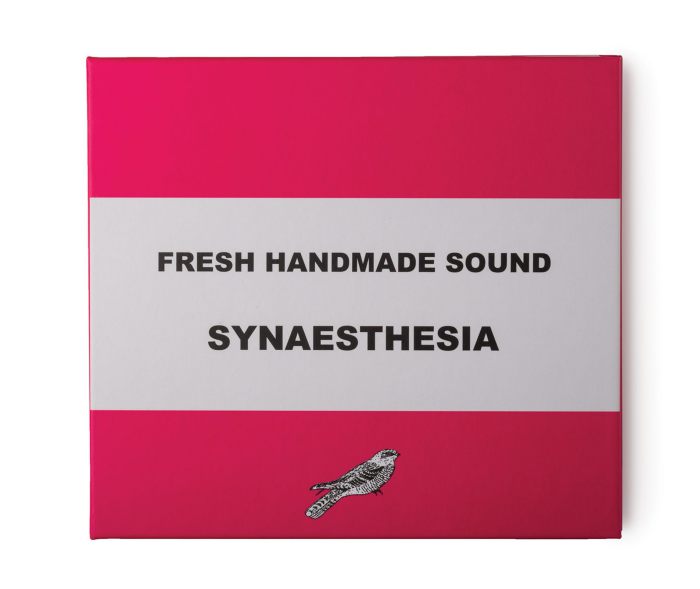 As the massage settled into the body segment, soft Gaelic voices began to harmonise with Sitar-like strumming and plucking, making for a one-of-a-kind, ethereal spa experience. While my therapist began to dig into my back, her elbows also swayed along my spine and shoulder blades in sync to the swells of the music. At some points, the music crescendoed to meet her increasingly firmer pressure, like an epiphanic movie moment — where I felt a strange, almost tear-jerking emotional release.

Flipping over to lie on my back, the sounds soon quietened down into soft owl hoots and nightingale song, and a vocalist even began to croon a folksy version of an old Simon and Garfunkel hit. Here, I was given a choice of a chakra point hot stone treatment or a stomach massage. I chose the stomach massage to hopefully remedy my anxious digestion of late, and I was happy to relax into the therapist’s firm strokes, without feeling squirmish at all. 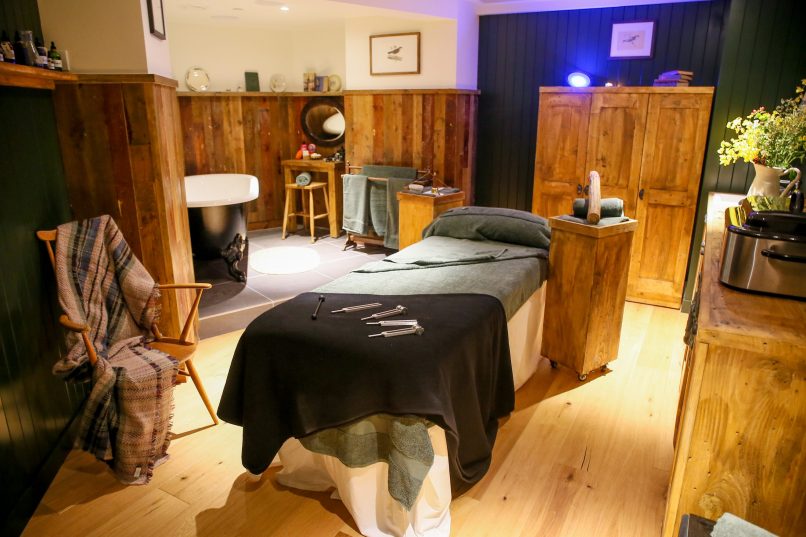 Lulling in and out of slumber, the therapist finally woke me up with a quiet whisper, signalling the end of the treatment. My calves and shoulders felt remarkably looser and relieved, and surprisingly lighter, perhaps thanks to the mix of peppermint and lavender scents in the air. I was encouraged to leave the essential oils on my body as long as possible, and with a renewed lightness in my limbs I virtually floated out of the room to enjoy a hot cup of tea in a cushy armchair (how British) and was gifted a massage bar to extend the treatment at home. I couldn’t say much for feeling productive afterwards, but having spent over an hour totally immersed in an imaginary setting, it definitely felt like all my cares got wiped away, renewed with a clean slate.

After such an experience, I’m confident that Lush offers some of the most unique rejuvenating experiences you can get in town. They’re also perfect for gifting to a girlfriend or a loved one, or trying out together with your SO as a couple’s spa experience. To escape reality — even for an hour or two — in a storybook setting such as Lush’s quaint British cottage spa, you know where to look.

From preventative health to matchmaking, here’s why you want to get on the DNA testing bandwagon

Foster your heart, mind and soul with The Enrich List from HSBC Jade

3 wellness spots in Bangkok for your next Selfcare Sunday