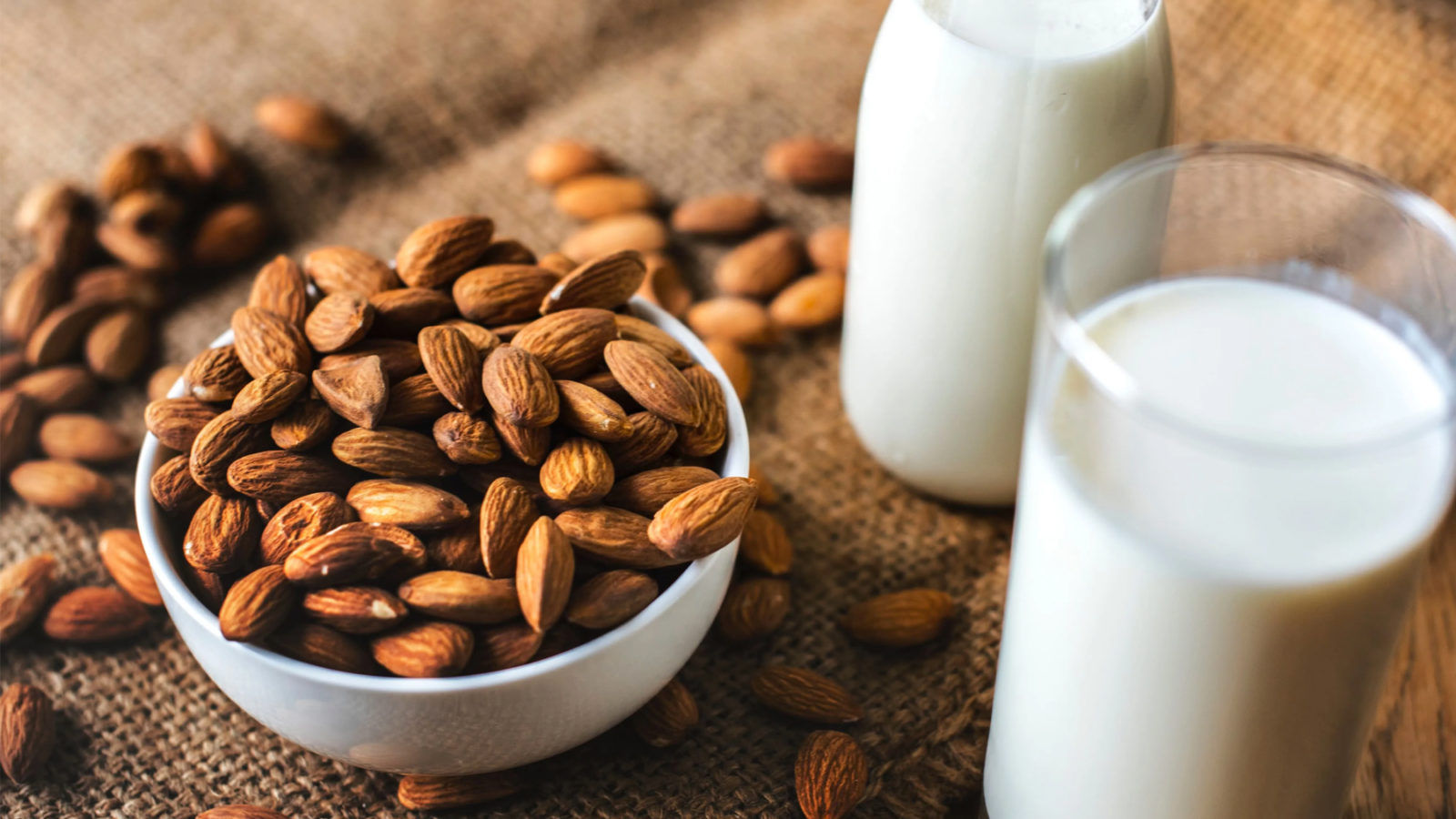 Thinking to switch to plant-based milk alternatives? We’d like to help.

But even before Beyond Meat and Impossible Meat soared to fame, plant-based milk alternatives were already making its rounds in kitchens and cafes all over the world. Cow’s milk is considered a staple in many people’s diets, but lactose intolerance, dietary restrictions, and ethical preferences have led people to discover the beauty in non-dairy options in recent years.

With a wealth of choice these days, getting into the alternative lifestyle of consuming plant-based milk can be overwhelming. We break down the most commonly seen variations and what you should look out for during your next purchase.

Since it’s closest in nutrition to cow’s milk in terms of calories and protein — one cup provides 4g of fat, 1g of fibre, and 7g of protein — soy milk is one of the best options to replace your dairy with. More than 93 percent of soy is genetically modified in some way, so look out for organic or non-GMO varieties when shopping to avoid increasing your chances of developing allergies, antibiotic resistance or cancer in the long run.

Unfortunately, almond milk isn’t high on protein — one cup only provides 1g of protein — so it’s not exactly the perfect cow’s milk substitute in the long run. Still, it makes for a tasty addition to smoothies and sweet baking recipes, although it’s been known to not fare as well in hot drinks.

As one of the healthiest plant-based milk alternative to be had, coconut milk is chock-full of healthy saturated fats, vitamins, minerals (think copper, folate, selenium, and magnesium), and amino acids. This substitute is, however, higher in calories than some of the other options here, and doesn’t provide nearly as much protein as its dairy counterpart.

Oat milk is a nutritious contender for its vitamin B12, riboflavin and calcium content. But if you’re watching your carbohydrate intake, you’ll know that oat milk ranks much higher in this department with about 16g per cup in its unsweetened form. It’s quite ideal to add to vegan protein supplements for a pre-workout drink for that energy boost. Besides, few dairy-free alternatives foam up as majestically as oat milk if you’re looking to create a decent vegan latte.

Macadamia milk might be fairly new to the market, but its richer and creamier flavour has already caught on in the dairy-free world. It’s got a third of the calories (50-55 per cup) and about half the fat of cow’s milk, while being lower in protein and carbohydrates.

Health Wellness plant-based diet almond milk oat milk Veganism
Lifestyle Asia
Here's where you can read the latest news and stories from Lifestyle Asia and our sister titles PrestigeOnline and Augustman, curated from all of our editions in Hong Kong, Singapore, Kuala Lumpur, Bangkok and India.
Luxury
Sign up for our newsletters to have the latest stories delivered straight to your inbox every week.

Review: Doubleshot by Cupping Room champions inventive beverages, made with a barista’s flair