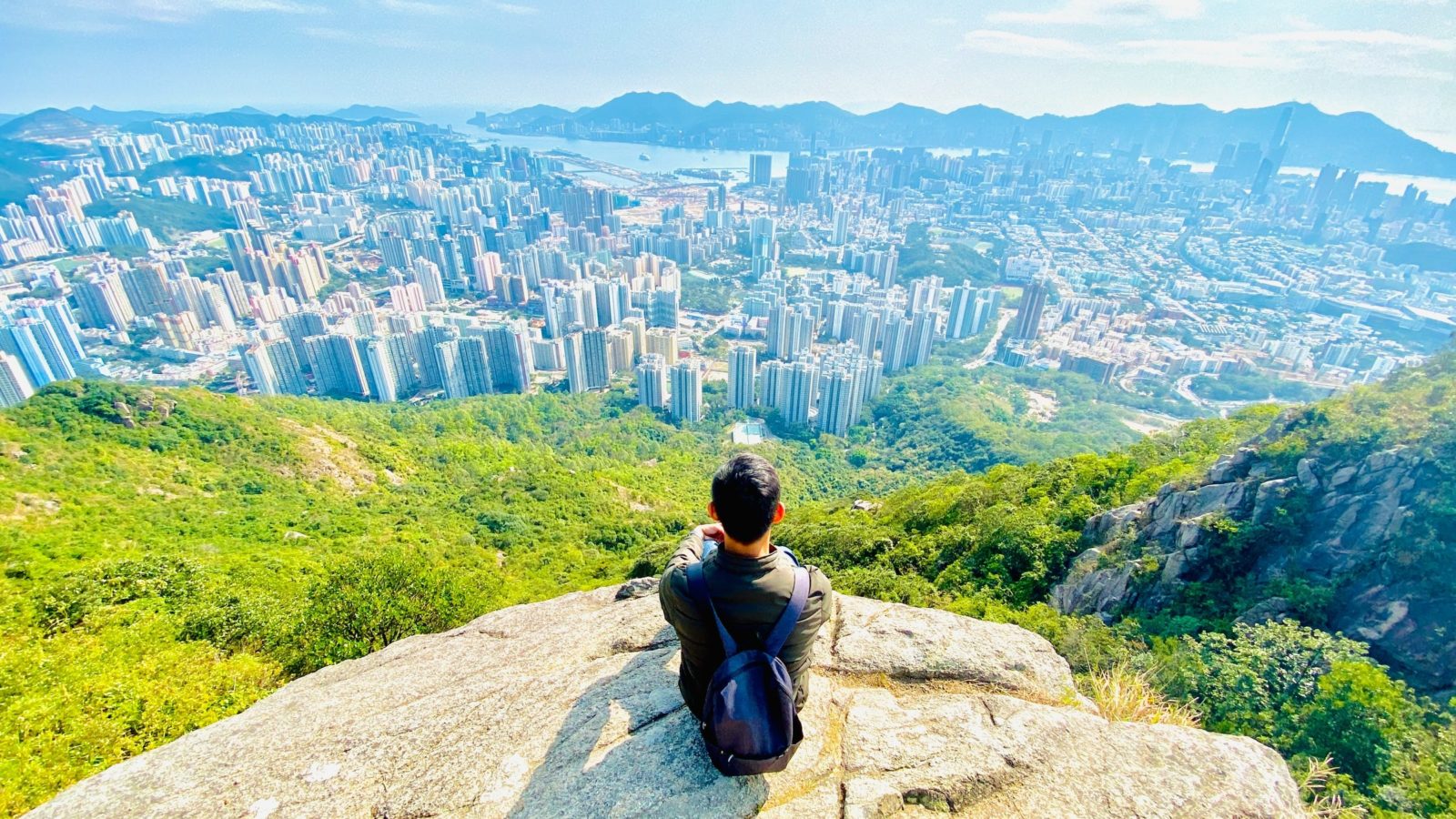 These are Hong Kong’s best hikes with killer views

Amp up your social media feed — and get a great workout, too — on these hikes where you’ll enjoy the most amazing views of Hong Kong.

Hong Kong is constantly described as an urban jungle filled with skyscrapers and concrete, but the fact is that roughly only 25 percent of the city’s 1,108 square kilometres has been developed.

The remaining three-quarters consists of spectacular natural settings, and there’s no better way to explore Hong Kong’s natural beauty than on foot. Indeed, the countless trails dotted across the SAR offer ample opportunities to escape that big-city feeling while enjoying breathtaking views of green mountains, glistening waters, and, yes, that million-dollar skyline from various vantage points.

If you’ve got itchy feet and eager for spectacular sights to soak up, these are Hong Kong’s best hikes with killer views.

Starting out in Kennedy Town, the hike from Sands Street to the viewing point atop High West includes roughly 2,000 steep steps and ends at an elevation of 494 metres (1,620 feet). It’s no walk in the park, but you’ll be rewarded at the end with panoramic views of everything from Sheung Wan to Cyberport, not to mention Kowloon and Lamma Island. You can shave time and distance by starting the hike on Pok Fu Lam Road, or you can cheat and walk an easy 2km (1.24mi) from Victoria Peak.

Towering high over Kowloon at 495 metres (1,624 feet), Lion Rock is a must-do for any keen Hong Kong hiker. At the summit, you’ll enjoy 360-degree views of Kowloon and Hong Kong Island beyond; along the way, of course, you’ll get a closer look at this iconic geological feature made from granite estimated to be 140 million years old. The loop trail begins at the Wong Tai Sin MTR station, but you can take a taxi to Fat Jong Temple to bypass the initial steep incline.

Head up to Hong Kong Parkview to tackle this loop trail offering both incredible city views and vistas of rolling hills and Tai Tam Reservoir. It’s a short 20-minute ascent to Jardine’s Lookout, where you’ll enjoy a west-facing perspective of Hong Kong Island, Victoria Harbour and West Kowloon. You could just turn around and call it a day, but it’s worth it to continue on for the southward views from the top of Mount Butler before heading down to the reservoir.

Also starting from Hong Kong Parkview, this is the hike for those who want a challenge. Getting to the top of Violet Hill is a challenge in itself, and it offers some nice skyline views, but then you’ll go on to tackle not one but two more summits: the dreaded Twin Peaks. Often referred to as the “Terrible Twins,” these leg killers won’t be easy, but power through and you’ll fall in love with the view of Repulse Bay and the panorama of Stanley during the final descent.

It’s less of a hike and more of a walk from Leung King Plaza in Tuen Mun to the top of Pineapple Hill, which takes its name from Hong Kong’s iconic pineapple buns. The major draw here is what has come to be called Hong Kong’s own Grand Canyon, technically named the Leung Tin Au Gorge. Parts of the route are located close to the Tsing Shan Firing Range, so it’s best to check the government’s firing schedule beforehand to avoid disappointment.

Kowloon Peak, otherwise known as Fei Ngo Shan, is the tallest point on the peninsula at 602 metres (1,975 feet), so scaling this mountain is quite the challenge. More of a climb than a hike at some points, your sweat (and maybe tears) will pay off with unparalleled views from the viewing point at the top. About halfway down the mountain, you’ll find it’s most Instagrammable feature: Suicide Cliff. It’s a sight to behold, but in case the name didn’t tip you off, please be careful when posing to avoid any accidents.

Arguably Hong Kong’s most famous trail, and certainly one of its most popular, the Dragon’s Back is long but relatively leisurely, particularly after the initial ascent to Shek O Peak (284 metres/931 feet). From there, you can enjoy views of Shek O Beach and Big Wave Bay; 30 metres ahead, from the Dragon’s Back Viewing Point, you can also see Tai Tam Harbour. The best part? The undulating green hills which gave this trail its name.

If you want bragging rights for conquering Hong Kong’s toughest hike, here it is. You’ll start out in Mui Wo and work your way up to Sunset Peak (800 metres/2,624 feet) and then continue on to Lantau Peak (934 metres/3,064 feet), the second-highest point in Hong Kong. At this height, there’s a good chance you’ll be above the clouds, which makes for a spectacular sight in its own right, but if it’s clear then you’ll be able to see out to Macau and mainland China.

Here it is: Hong Kong’s highest peak, standing tall at 957 metres (3,140 feet), yet it’s not as difficult to reach the summit as you might think. After a steep initial ascent, it’s mostly ridge-top walking rather than rock climbing. There isn’t much of Hong Kong you can’t see from here on a clear day, but note that the view is often obscured by clouds or fog, which is part of the draw for many photographers who come here looking to shoot dramatic images.

Undoubtedly one of Hong Kong’s most beautiful areas, Tai Long Wan is also one of the hardest to reach. To get here, you’ll start out at High Island Reservoir East Dam, located about a 30-minute taxi ride from Sai Kung Pier. From there, the sometimes-challenging hike takes around three hours and ends in paradise, on the beaches of Ham Tin or Tai Wan, popular places for camping when the weather’s not too hot.

For a bird’s-eye view of the beaches of Sai Kung East Country Park, make your way to the top of Sharp Peak (468 metres/1,535 feet). This hike, which begins and ends in Pak Tam Au, requires climbing and dealing with unstable terrain, so it’s best left to advanced hikers only. For those who succeed, the views of the beaches, crystal-clear waters and the country park are simply stunning.

The narrow summit of High Junk Peak (344 metres/1,128 feet) is the highest accessible point on the Clear Water Bay Peninsula, and it offers amazing views of the bay and the surrounding scenery. On both High Junk Peak and Tim Ha Shan, which you’ll also scale on your way to the fishing village of Po Toi O, there are sections of gravel you’ll have to scramble up and steep sections to conquer, so this one is best left to the experts.

Wellness Exercise HIking Hong Kong Hikes
Michael Alan Connelly
Contributing Editor
Formerly the Editor-in-Chief of Lifestyle Asia, Michael is a lifestyle journalist who has written about food, travel, culture, and all the other things that make life worth living for more than a decade. A Chicago native who's also called New York, Hong Kong and Beijing home, his passions include cooking, hiking, dogs, and anything related to Italy.
Dining Travel Culture