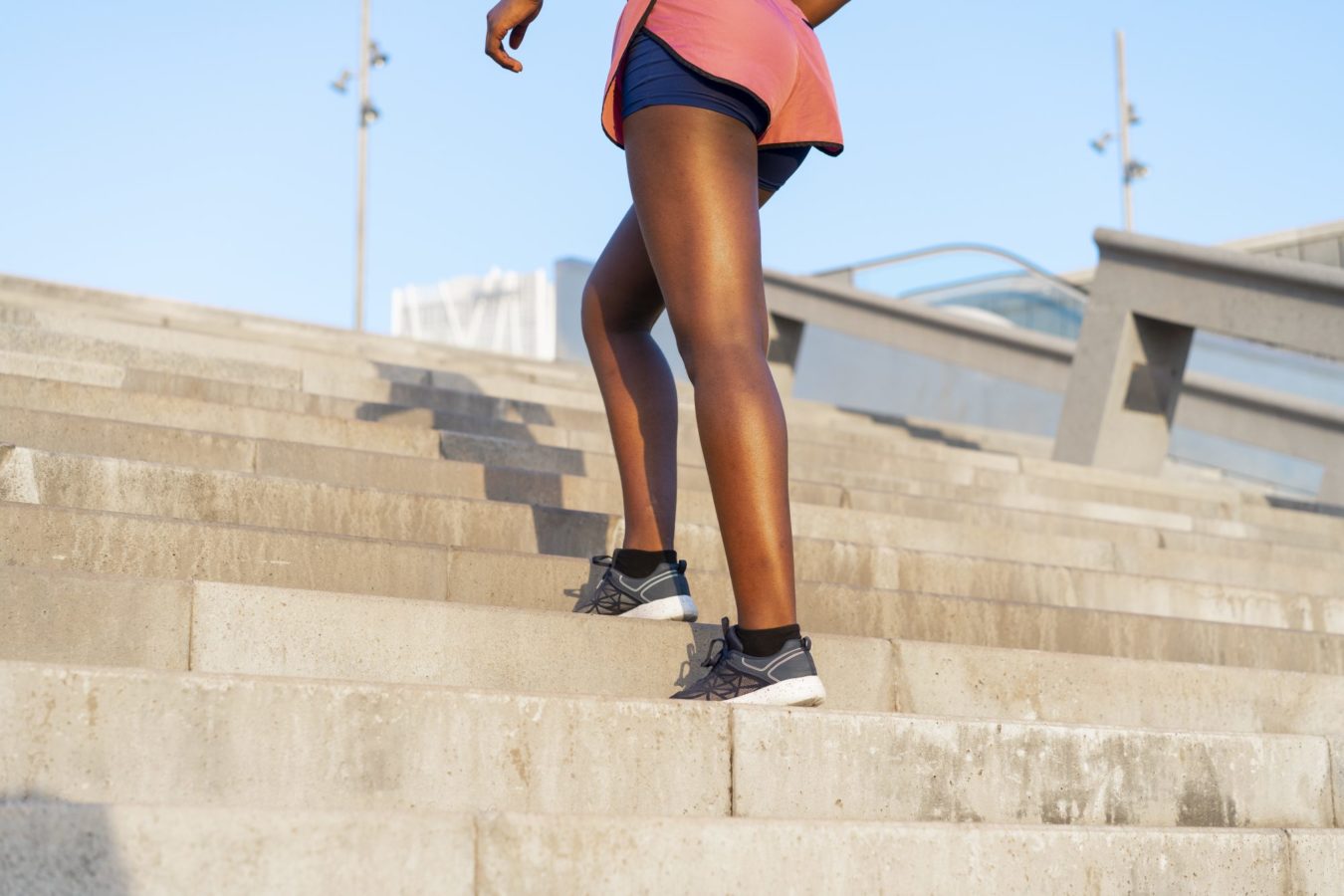 Taking 7,000 steps each day — instead of the previously recommended 10,000 — can help reduce heart disease risks

Living
Taking 7,000 steps each day — instead of the previously recommended 10,000 — can help reduce heart disease risks
Share this article
Next article

While it’s been long believed that walking at least 10,000 steps a day is important for our overall health, you might not need to get to that number in order to improve your wellness. According to a new study published in the journal JAMA Network Open, getting to 7,000 steps on a daily basis can protect the heart against artery complications and lessen chances of death by 70 per cent in middle-aged adults.

Researchers gathered these new findings by studying a group of 2,110 participants between the ages of 38 and 50 who took at least 7,000 steps every day, which equals about three miles. The result? The scientists uncovered that after looking into their health for almost 11 years, the chances of death in White and Black study volunteers dropped by 63 and 70 per cent in comparison to participants who did not keep active during the day. Plus, mortality rates among men decreased by 58 per cent and the rate among women changed to 72 per cent. “This cohort study found that higher daily step volume was associated with a lower risk of premature all-cause mortality among Black and White middle-aged women and men,” Dr Amanda Paluch, the lead author, of the University of Massachusetts-Amherst and her team noted in their research. “Participants taking at least 7,000 steps/d, compared with those taking fewer than 7,000 steps/d, had a 50 per cent to 70 per cent lower risk of mortality.”

Per the new study, the common 10,000-step rule among many who are physically active is actually not necessary, as it doesn’t show signs of decreases in mortality risks. “Regular physical activity is one of the most important behaviours people can do to improve or maintain good health,” the researchers said. “Being physically active provides substantial health benefits for many conditions, such as cardiovascular disease, diabetes, and several cancers, as well as improving quality of life.”

“National guidelines for physical activity do not include step counts as a public health target owing to the limited number of studies demonstrating the prospective associations of step volume and intensity with clinical outcomes, including mortality,” the study authors wrote. “Most prospective studies on steps and health include samples of older adults, whereas few studies include adults earlier in their life course or racially diverse populations.” Since recording 7,000 steps each day can equal about 70 minutes of physical activity, this type of movement is already ahead of pace with that of The World Health Organization, which recommends 150 minutes of moderate-intensity physical activity or 75 minutes of vigorous physical activity every week. “Steps estimated from these devices could be a simple metric to track and promote physical activity,” the team added. “Encouraging walking to achieve step goals is a well-tolerated form of activity for most people.”

Adrian Cheng and Prenetics aim to bring affordable, accessible healthcare to all