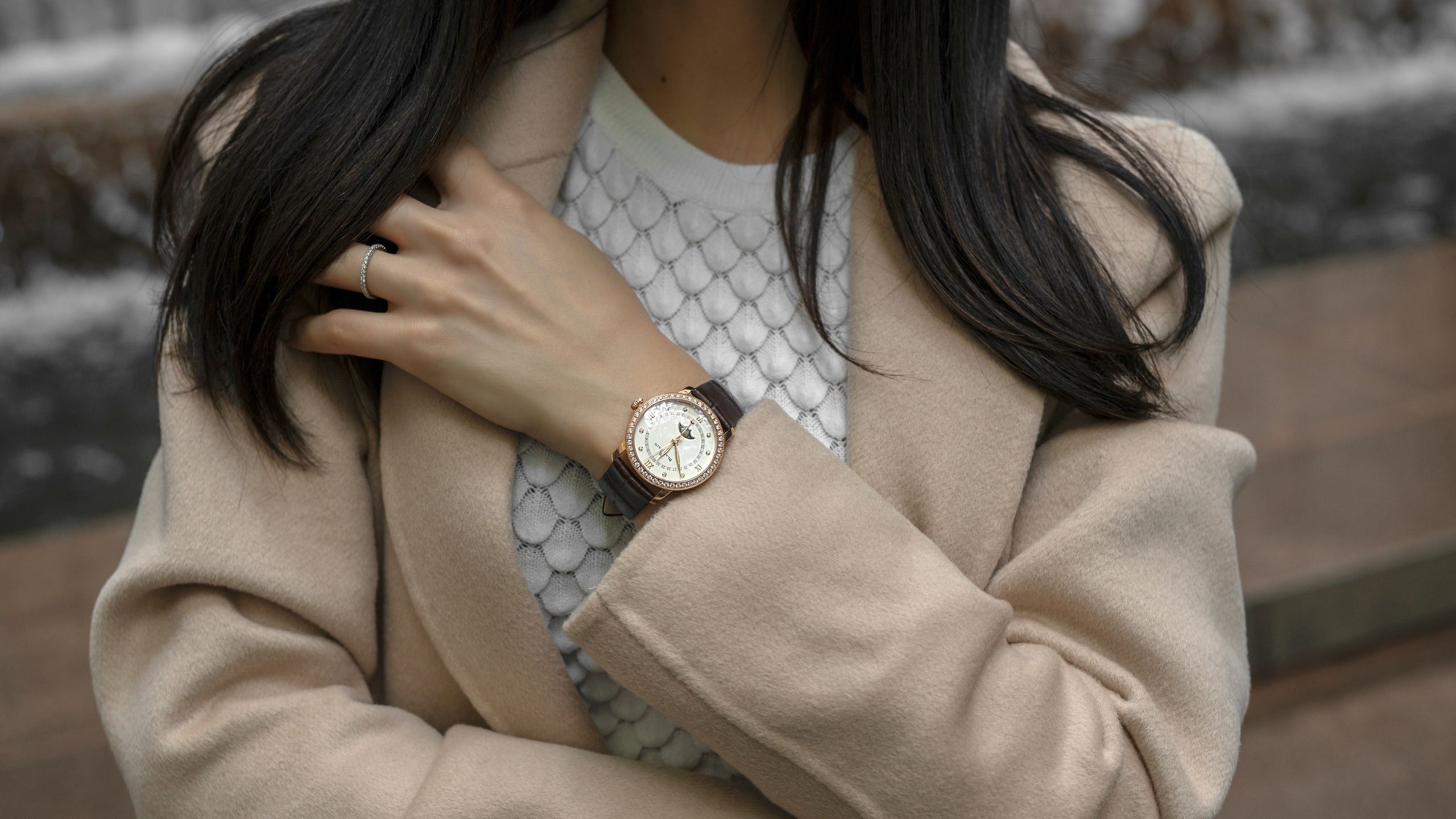 From retrograde dates to perpetual calendars, Blancpain’s Villeret is the collection that has a little something for everybody. The core design elements — distinctive leaf-shaped hands, delicate Roman indices and opaline dials — are generally unobtrusive, meaning that there’s flexibility to highlight seemingly infinite complications in a package that’s recognisable as “classic Blancpain” on the wrist. Consequently, when the manufacture announced (at Baselworld 2018) that the Villeret collection was getting some more love in the form of a women’s moonphase, it came as something of a non-surprise. The new Villeret Quantieme Phases de Lune (Ref. 6126) faithfully captures the spirit of this traditionalist DNA, whilst strengthening Blancpain’s expertise in fusing technical watchmaking with metiers d’art.

If you’ve followed any of our existing coverage of the Villeret collection, the Ref. 6126’s overall design language will feel familiar. Having said that, this release possesses a number of distinguishing features which separate it from its more visually “busy” brethren, not least of which is the inclusion of a 31-day track along the inside of the dial. Holistically speaking, it has to be said that Blancpain’s designers have gone out on a limb by visualising the date aperture as a radial element. The dial’s overly baroque appearance is in a way punctuated, making the watch’s overall aesthetic that much more approachable. The decision to eschew the conventional date window also makes the various dial elements seem relationally level: Wearers are naturally drawn to the depressions made on the opaline dial’s luscious surface by the moonphase, the latter illustrated with Blancpain’s signature mouche.

There’s no question that the Ref. 6126’s charm offensive begins dial-side: Apart from the quintessential Villeret design codes, the watch’s bezel — set with an array of 48 brilliant-cut diamonds — and seamless profile make for an object with extreme on-wrist presence. However, Blancpain have gone to great lengths to present an equivalent level of polish internally, culminating in that rarest of treats — a jewellery watch made with in-house movement.

The movement in question is the 913QL, an automatic power source based on Blancpain’s ultra-slim calibre 913. Internally, the 913QL makes use of synthetic materials that are gaining popularity in watchmaking; for instance, the movement’s balance spring is manufactured using silicone (a polymer well known for its antimagnetic and shock-resistant properties). One of the real selling points of the red gold iteration is that wearers can more easily discern the level of finishing that goes into the onboard calibre. The mainplate is decorated with Cotes de Genève striping whilst a series of chatons are visible across the bridges: all in all, a very solid level of finishing that’s apparent from various perspectives.

Watches Women's Watches Jewellery watches Blancpain Baselworld 2018 Blancpain Villeret Blancpain Villeret Quantieme Phase de Lune Calibre 913QL.P Ref. 6126
Randy Lai
Editor
Having worked in the Australian digital media landscape for over 5 years, Randy has extensive experience in men's specialist categories such as classic clothing, watches and spirits. He is partial to mid-century chronographs and a nice chianti.
Style Watches Drinks Tailoring Travel
Sign up for our newsletters to have the latest stories delivered straight to your inbox every week.

Wrist Watch: 5 of our favourite timepieces spotted in the wild this October