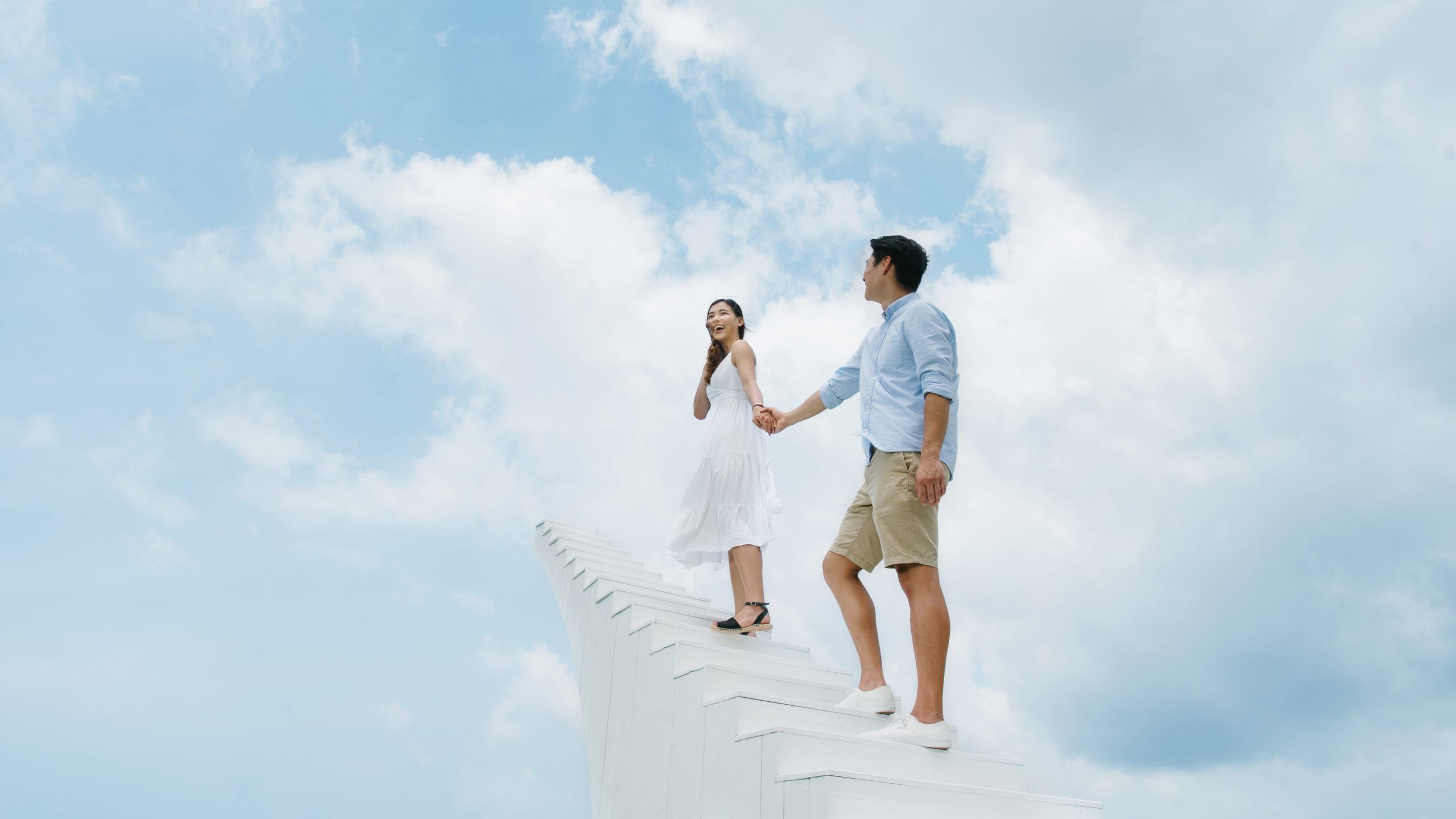 Korean Instagram hit ‘Stairway to Heaven’ comes to ‘the pulse’

Presented by The Pulse

Hongkongers are always looking for a weekend excursion to beat the heat during the city’s sweltering summers. Whether it’s sunbathing on the beach, sipping an icy drink, or taking a refreshing dip in cooling waters — Repulse Bay’s ‘the pulse‘ has it all.

But when it comes to enjoying yourself on the weekends, these days it’s barely ‘living your best life’ unless there’s evidence of it on the ‘gram. This summer, ‘the pulse’ is taking snap-happy visitors into consideration by bringing a brand-new installation piece to Repulse Bay, named ‘Stairway to Heaven.’

Taking advantage of the panoramic view of blue skies against one of Hong Kong’s best beaches, ‘Stairway to Heaven’ at ‘the pulse’ is a dreamy flight of white stairs that leads seemingly into the endless sky. Making for an epic Instagrammable feat, the inspiration behind the staircase is none other than the ‘infinity stairway’ that launched in Cafe Cielo 957 in South Korea. The South Korean hotspot opened earlier in April to overwhelming popularity on social media — people have been queuing up to an hour just for the chance to pose with the incredible installation. See below for a few of our favourite snaps.

Besides Korea, similar ‘infinity staircases’ have also popped up in Taiwan and Vietnam — the latter at Da Lat’s Instagram haven, Sunny Farm. With a bit of social media magic, these stairways look like they lead to portals to another universe. Contributing to the increasing demand for dreamy spiritual backdrops on Instagram are Indonesia’s own dramatic stairway to heaven in Yogyakarta (pictured below), and Bali’s most famous ‘gates of heaven’ Instagram hotspot at the Pura Lempuyang temple with its long cascading staircase.

While you’re at ‘the pulse,’ don’t miss another worthy photo op at the rooftop spa tubs, where you can cool off while soaking in the incredible vistas of Repulse Bay, with the mountains and ocean in the backdrop.

The ‘Stairway to Heaven’ is part of a slew of summer festivities at ‘the pulse’ under its yearly ‘Endless Summer’ campaign, taking place from now through 15 September. Themed after pirates this year, the events are inspired by the irreverent spirit of summer. A major highlight is the rooftop beer festival, ‘Booze It Up! Pirate’s Beer Fest,’ held in collaboration with eight local craft beer breweries, as well as serving an exclusive new beer created by Citibrew. Throughout the beer festival weekends (27–28 July; 15–16 September), visitors can expect an extra chill treat — dip your legs in an ice-cold spa tub and enjoy the Repulse Bay landscape with a quaffable beer in hand. Around ‘the pulse,’ catch plenty of other Instagrammable sets — from a pirate’s throne room to a booby-trapped wall of needles; a hall of ghostly lanterns to even a hot-air balloon.

In August (17–18, 24–25), you won’t want to miss the ‘Scream it Out! Pirate’s Wings Fest’ chicken wing festival with close to 100 styles of wings on offer, as well as a host of family- and pet-friendly events taking place throughout September. Book your tickets to the ‘Booze It Up! Pirate’s Beer Fest’ (HK$120) here.

Endless Summer The Pulse Stairway to Heaven Instagrammable spots
Staff Writer
Sign up for our newsletters to have the latest stories delivered straight to your inbox every week.