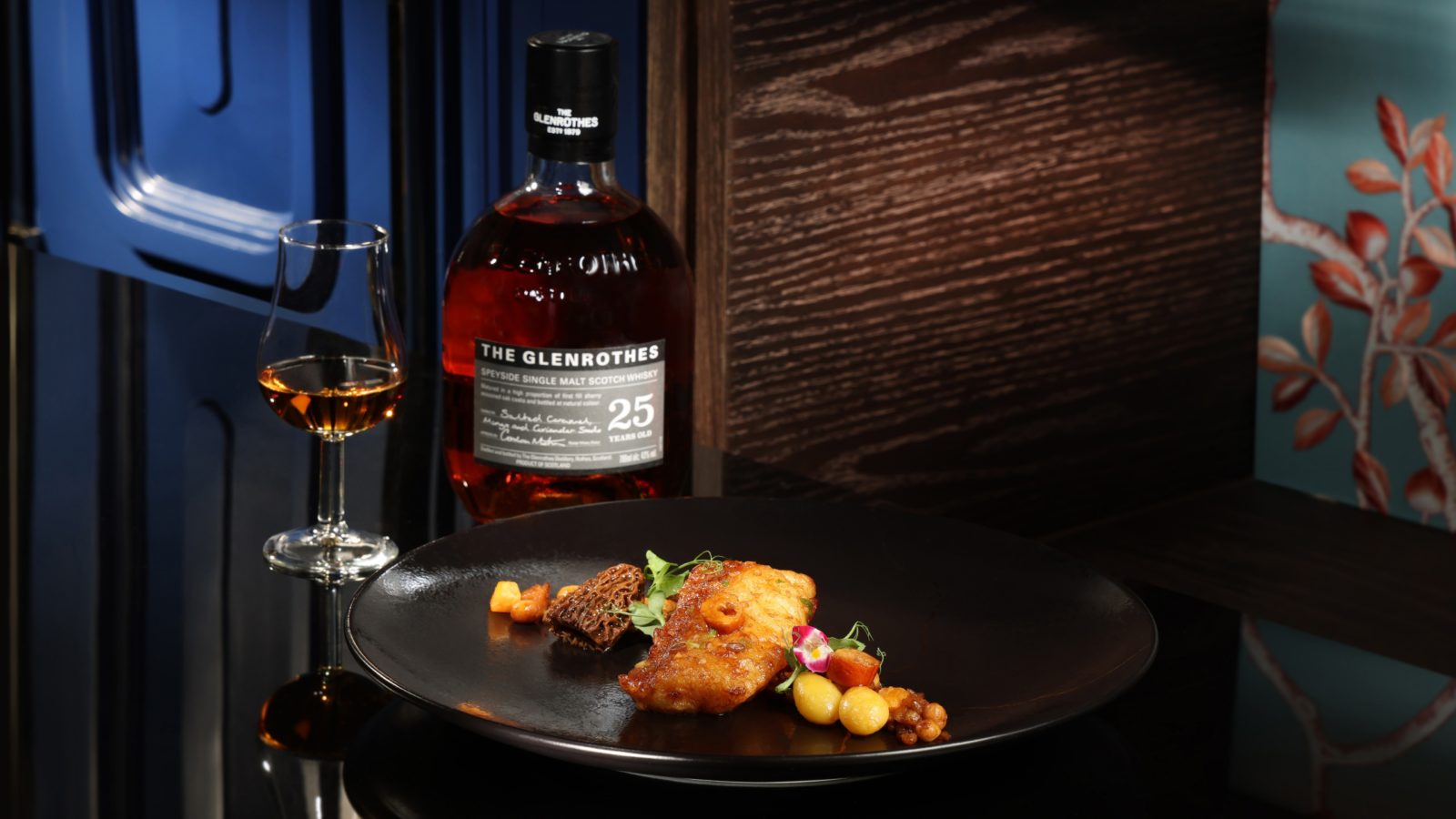 Presented by The Glenrothes

Available through October only.

In its golden age, Hong Kong was a treasure trove of craft, of things made by hand, of heritage that endures. Today, many are on the brink of obsolescence, with lineages of workmanship whittling down to single remaining guardians of their secrets; one final custodian of entire generations’ worth of knowledge, know-how and expertise.

Man Wah’s Executive Chef Wong Wing-Keung, for one, will not let the past die. The Glenrothes, for another, agrees in stride.

For it’s heritage that inspires Chef Wong. Recipes nearly extinct, forgotten in time, revived just so with sleights of hand all his own; a point of curiosity shared fervently by The Glenrothes, with the spirit of discovery embedded in every cask, every drop of amber-gold whisky.

The Glenrothes and Man Wah’s ‘Beyond A Culinary Gem’ menu begins as most familiar storybook tales begin: Once upon a time, with the first course’s given Chinese name leading with nostalgia quite literally (see: the first two characters in 懷舊功夫鴨腳包). This specific dish of classic barbecued duck feet, served glistening alongside pared coins of meat-filled sausage marks a rare appearance, especially, in an institution as luxurious as Man Wah — but one very much indicative of Chef Wong’s penchant for time-travelled prescriptions.

From Scotland’s Speyside to the Cantonese comforts we’re deliciously surrounded by here in Hong Kong, a stone’s throw away from Guangdong province, it’s not simply a meal that’s on offer with The Glenrothes and Man Wah’s newest partnership. Rather, it’s a homage to the very existence of craft held close to hand, close to heart that permeates every sip; every bite.

Rather, still, it’s a homage to the existence of select people — like Man Wah’s Chef Wong; like The Glenrothes’ diligent team of makers, distillers and coopers — who dedicate lifetimes to the preservation and conservation of time-forged traditions; mementoes moulded through the hands of so many before us. It’s a menu that celebrates just that.

Below, a teaser of the delicious mouthfuls to come.

The opening mise-en-scène is set with bites, colours and textures pulled from recipe with heritage; an age-old missive The Glenrothes’ 12-Year-Old, with its banana-vanilla-tinged sweetness, knows by heart.

A steeped and marinated barbecued duck feet is nestled alongside barbecued pork, pork belly, chicken liver and taro, wrapped tight in a thin cloak of duck intestine, then, sliced thin into coin-shaped slivers. Essentially, a sausage. An antiquated one at that.

The stir-fried spotted group fillet course — plated alongside morel mushrooms and brown rice — serves as an identifying landmark; the midway point through this six-course degustation journey. The Glenrothes 25-Year-Old takes on the role of tour-guide; an aromatic thoroughfare weaving past the dish’s umami stations before landing on sweet — on notes of salted caramel, mango and coriander seeds.

The fourth course: enter the theatrics. Thick-cut slices of braised pork belly are served against wedges of taro atop candle-lit ceramic; a vessel that keeps the dish bubbling table-side. Another table-side companion, The Glenrothes Whisky Maker’s Cut sabres through the utter decadence of the course with resinous notes of fresh oak, candied orange peel and nutmeg.

Along the way, the second course serves up double-boiled soup with fish maw, sea conch and black garlic, while the fifth and six courses taper off with brothy tributes: the former, a supreme broth infused with braised turnip and chanterelle; the latter, stewed pear, red bird’s nest and aged tangerine peel. Finally, Chinese petits fours conclude the menu with a sweet, sugary landing.

The Glenrothes’ ‘Beyond A Culinary Gem’ menu is priced at HK$2,888 per person. Available at Mandarin Oriental, Hong Kong’s Man Wah from 1 October to 30 October 2021.