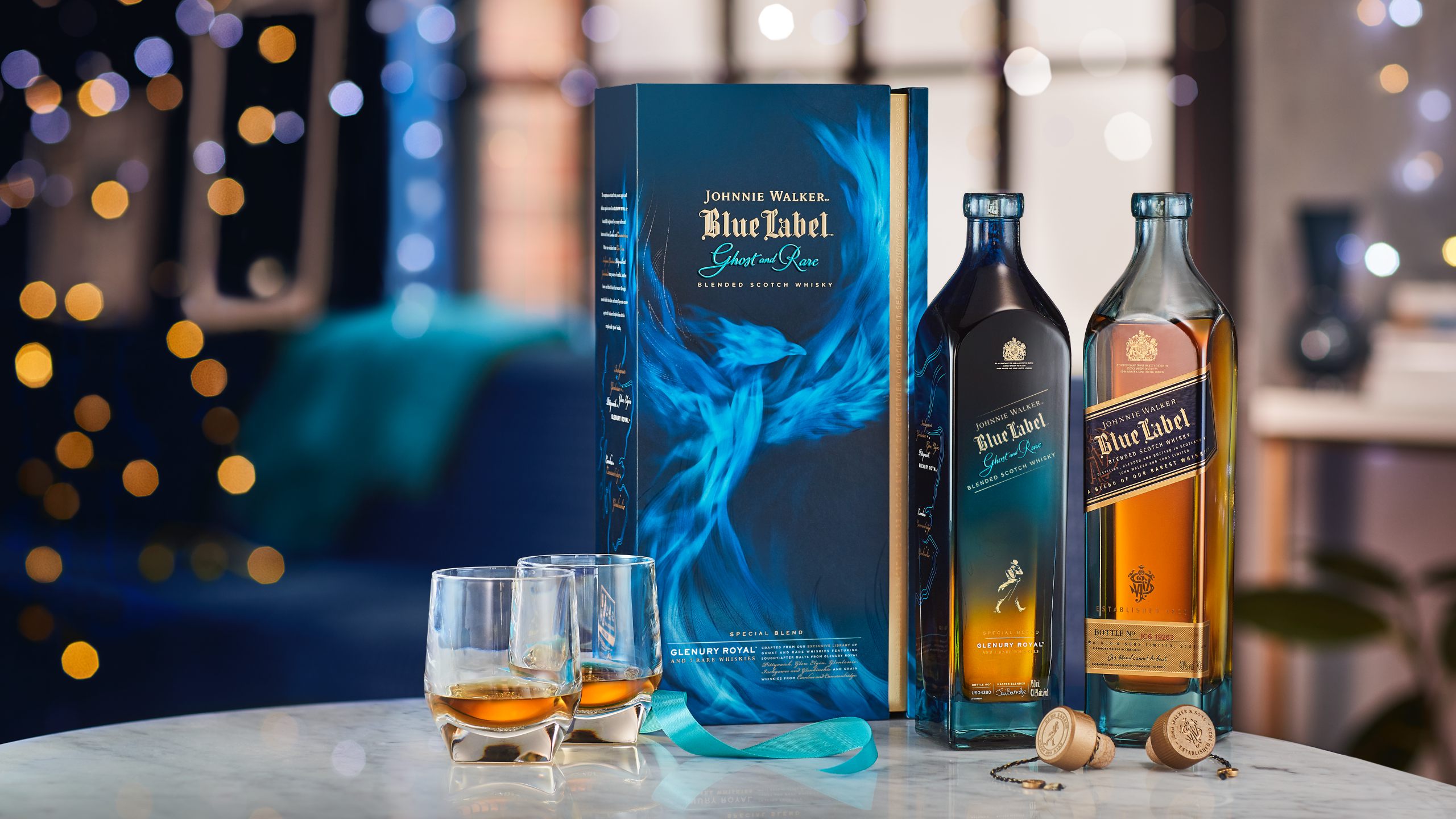 If Ebenezer Scrooge taught us anything, it was to welcome Christmas as a chance to reflect on past phantoms before ending the year on a celebratory note. Similarly for Johnnie Walker, ‘tis the season to dwell on ghosts once again as it reveals a sumptuous new creation centred on long lost ghost whiskies — the brand’s latest instalment in the Johnnie Walker Blue Label Ghost and Rare series.

The Johnnie Walker Ghost and Rare Glenury Royal is the third in the indulgent special release range that focuses on using highly coveted and irreplaceable ‘ghost whiskies’ from long-closed distilleries. The series debuted in 2017 with a focus on Brora, followed by last year’s Port Ellen (both of which have cultivated such a mythologised status amongst aficionados, that parent company Diageo has reportedly invested £35 million to reopen both distilleries in 2020).

Crafted by Johnnie Walker Master Blender Jim Beveridge, 2019’s release centres on a Highland single malt from the Glenury Royal distillery — one of three in Scotland to ever receive a royal title. Glenury Royal was founded in 1825 by British Parliament member Captain Robert Barclay, who revived the distillery to thriving success after a devastating fire had destroyed its grounds in its very first weeks of operation. One interesting tidbit: Barclay was also the first man to walk one thousand miles in one thousand hours. Reminiscent of Johnnie Walker’s Striding Man icon, this new release is, in hindsight, a work of kindred spirits.

Eventually shuttering its doors in 1985, Glenury Royal is synonymous with some of the most precious and rare drams on the market, with its dwindling stock prized for its indulgent fruit-forward notes. This exclusive flavour profile is now revived and expanded with the new Blue Label special release. “We have waited patiently for that moment when we turn our thoughts to this exceptionally rare whisky, carefully watching over our maturing casks until the time was right to explore its uniquely indulgent character,” said Beveridge.

The Blue Label Ghost and Rare Glenury Royal is crafted together with a further seven rare expressions, hand-picked from more than 10 million casks in the Johnnie Walker reserves, where only one in 10,000 has the quality and character suited for the top-of-the-line Blue Label.

Orchard fruits, sweet apple and delicate apricot notes from the Glenury Royal are enhanced with the creamy toffee and butterscotch of grain whiskies from Cambus, also a ghost distillery, and Cameronbridge. Other rare expressions from Glen Elgin, Inchgower, Glenlossie, Pittyvaich and Glenkinchie add a sweep of elegance with vanilla, heather honey and dried fruits, balanced out with a touch of smooth dark chocolate and nuttiness. It’s a truly indulgent interpretation of the spirit of Captain Barclay’s legacy, bottled at 43.8 percent ABV.

With its rich, fruit-forward flavour profile, the Johnnie Walker Ghost and Rare Glenury Royal is a match made in heaven for the gifting season. Each bottle is individually numbered and elegantly etched with a map of Scotland — outlining the origins of every rare whisky blended in the amber liquid. The limited edition Scotch is presented in a handsome coffret depicting a blue flame phoenix — a reference to the Glenury Royal distillery rising from its ashes thanks to the hardy leadership of Captain Barclay. The Johnnie Walker Ghost and Rare Glenury Royal is priced at HK$2,988 for a 750ml bottle.
For more information, check out Johnnie Walker.

I spent an afternoon making Canadian Caesars. This one is the best