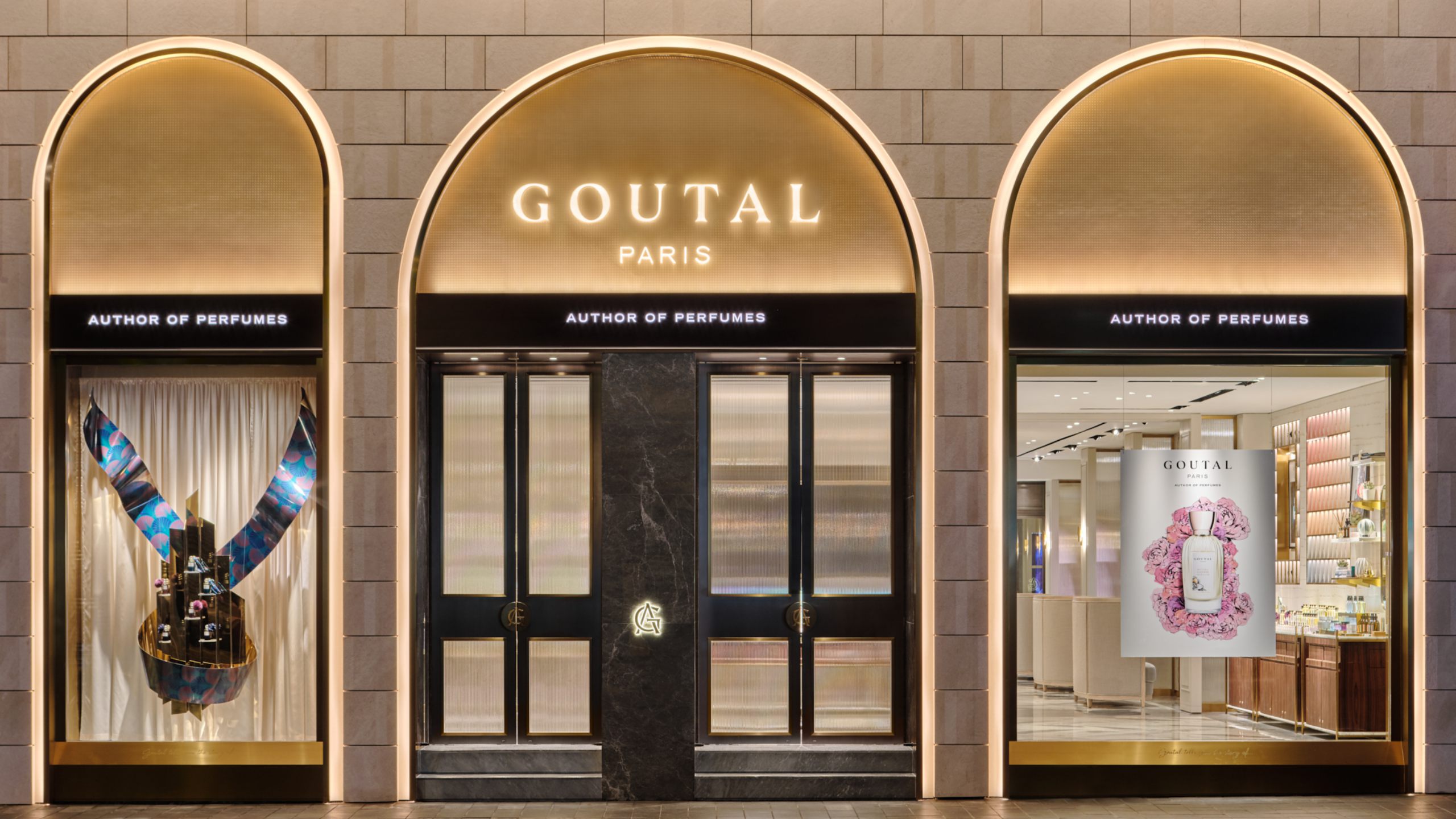 The wait is over: Celebrated perfume house Goutal Paris lands in Hong Kong

Beauty & Grooming
The wait is over: Celebrated perfume house Goutal Paris lands in Hong Kong
Share this article
Next article

An opulent, Parisian-style storefront has popped up on Paterson Street, bringing the elegant, Champagne-hued arches typical of French street façades to Causeway Bay. It’s the first Asia flagship store of Goutal Paris, La Maison Goutal, which has been holding private previews for Hong Kong’s glitterati since its soft launch in August — and in mid-October, its doors are finally open to the public.

The palatial, 3,000-sq.-ft. space is designed by award-winning design studio Via. Amongst Causeway Bay’s penchant for quirky new brands, Goutal sets itself apart by being a name steeped in history, with exotic scents inspired by legends and tales.

Goutal began some 40 years ago when founder Annick Goutal fell in love with Grasse, the capital of perfume. Enamoured by the elegance of handcrafted scents, the gifted pianist delved deeper into the art of olfaction and eventually became one of only a few female perfumers in the region at the time; she soon opened her first perfume shop in 1981. For her, perfumes were all about telling stories of emotion and passion.

It started with Eau d’Hadrien, described as a love letter to Italian summers, comprising a symphony of citrus fruits such as Sicilian lemon, citron, grapefruit and green tangerine. Inspired by the novel Memoirs of Hadrian by Marguerite Yourcenar, about the death of Roman Emperor Hadrian, this iconic, timeless scent still remains the brand’s best-seller around the globe.

Today, Annick’s daughter Camille Goutal continues the house’s legacy under the modern moniker Goutal Paris. She continues to unveil fragrances that evoke tales of wonder through several families of scents. ‘The Marvelous Portraits’, for instance, captures the life and times of some of the world’s most captivating personalities. ‘Invitation to Travel’ takes you to some of the most exotic corners of the globe with just a whiff; ‘Suspended Times’ bottle a single beautiful memory in each scent; ‘Love and Passion’ are sultry fragrances with romance in mind; ‘Wonders of Nature’ reveals the most delicious flavours of the natural world; and finally, ‘Night Birds’ is like an opera of creative talents, made to entertain with scents inspired by icons of the art world.

It isn’t surprising that Goutal’s fragrances have taken up space in the hearts of some of the world’s most eminent talents. Men and women, Hollywood stars and royalty alike, have been vocal about their fondness for the enchanting world of Goutal scents. Leonardo DiCaprio claims his signature scent is Goutal’s iconic Eau d’Hadrien. Princess Diana once shared in 1992 that Passion was one of her favourite perfumes. Benedict Cumberbatch, spotted carrying a Goutal shopping bag in New York, told Vanity Fair that Eau de Monsieur was his absolute favourite. Even the late Karl Lagerfeld, likely spoilt by choice with his practically synonymous involvement with Chanel and Fendi, stated that he “was not loyal to one particular perfume” but was also enamoured by Goutal’s Nuit Étoilée.