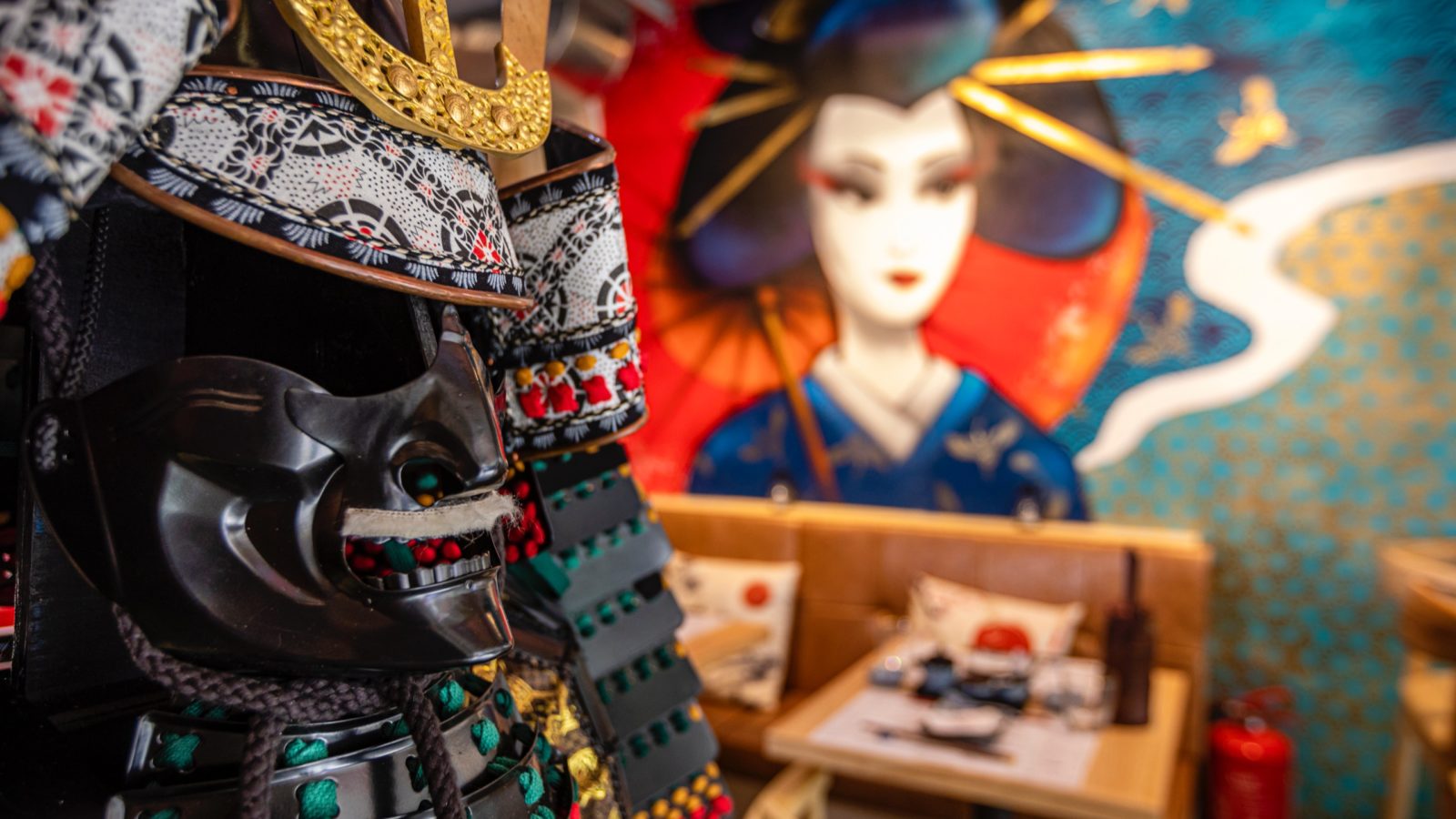 Owned by Christopher Przemyski, Bistro Concept Group has swiftly grown its roster of five cheerful and stylish hangouts in the area in just over the past five years: From Flying Pig Bistro on High Street, its al fresco brunch-focused sibling Flying Pig Deli Social on Centre Street, to El Macho on Third Street and Lobster Shack on Second. The newest concept joining the fray is Katsumoto, a project featuring the collaborative efforts of Przemyski and chef Sean Mell, formerly the executive chef of Silencio and Nobu Hong Kong. 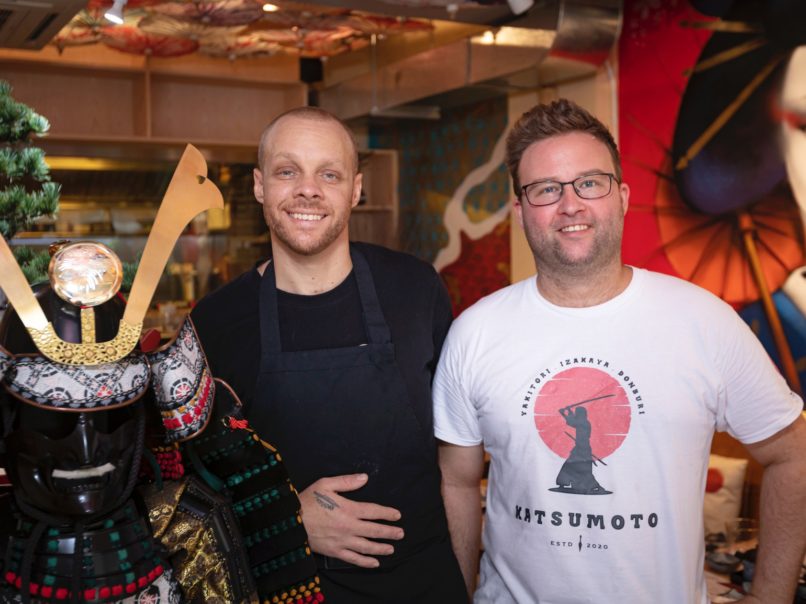 The hip 30-seater takes its design inspiration from the creed of samurai, and diners will instantly spot the eye-catching mural designs and artefacts paying homage to the early-day Japanese warriors — a decided design direction that Przemyski took with a hands-on approach. The owner exercised his artistic flair throughout the restaurant, making sure to create a vibrant, convivial atmosphere with the careful consideration of colours, angles and decorative accents. Film buffs may also recognise the name of the restaurant from the 2003 Tom Cruise epic ‘The Last Samurai,’ after Ken Watanabe’s Academy Award-nominated character.

Katsumoto shines a light on chef Mell’s expertise in innovative Japanese cuisine with a comfort-food-filled menu that adds a touch of zest to the laid-back Sai Ying Pun neighbourhood, with each dish — whether a hearty bowl of noodles or a glistening steak sandwich — revealing a high degree of precision and know-how around premium ingredients.

Its star menu item is the melt-in-your-mouth Wagyu sando (HK$248) — using soft, springy milk bread spread with tonkatsu sauce and tangy Kewpie mayonnaise to offset the well-marbled and tender beef. Steak lovers will definitely want to make a beeline for the grilled M5 Wagyu (HK$298), which is topped with an unctuous sauce made of cognac, sea urchin and teriyaki for that extra level of indulgence. Fans of Mell’s cooking since his time at Silencio will recognise his expertly fried corn tempura balls (HK$118), which are given a Mexican twist — sprinkled with crumbled Cotija cheese and chilli salt.

Like many izakayas, the broad-reaching menu is made to pair with drinking. Aside from the showstopping mains that have already garnered repeat visits from local foodies, the menu also features a plethora of grilled items such as the signature mochi with bacon (HK$48), a number of sushi roll options, not to mention plenty of well-considered dishes for the vegetarian crowd. Start your meal with the signature cheeseburger rolls (HK$148), which wraps all the satisfaction of the cheesy, beefy American classic into a crispy fried futomaki roll. Plant-based diners also won’t be disappointed with the hearty, Omnipork-packed dan dan vegan ramen (HK$98) featuring bamboo shoots and green onion. 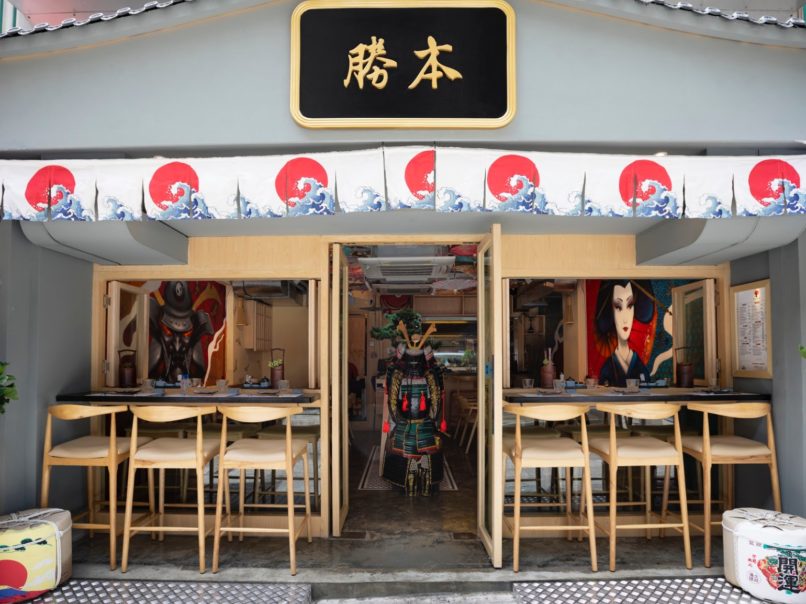 Opening in the period of the government’s night-time dining restrictions, Katsumoto also has a Weekday Lunch menu with donburi, bento boxes and Katsu sandos starting from HK$118 — all available for dine-in and takeaway. For the weekend, diners can also sit back and enjoy their brunch with a free-flow sake or cava package at HK$198.

Katsumoto is currently in its soft opening phase for walk-ins and limited reservations on a first-come, first served basis. Open Monday to Friday noon–11pm; Saturday to Sunday 11am–11pm.