Home > Style > 10 classic designer handbags to have and to hold 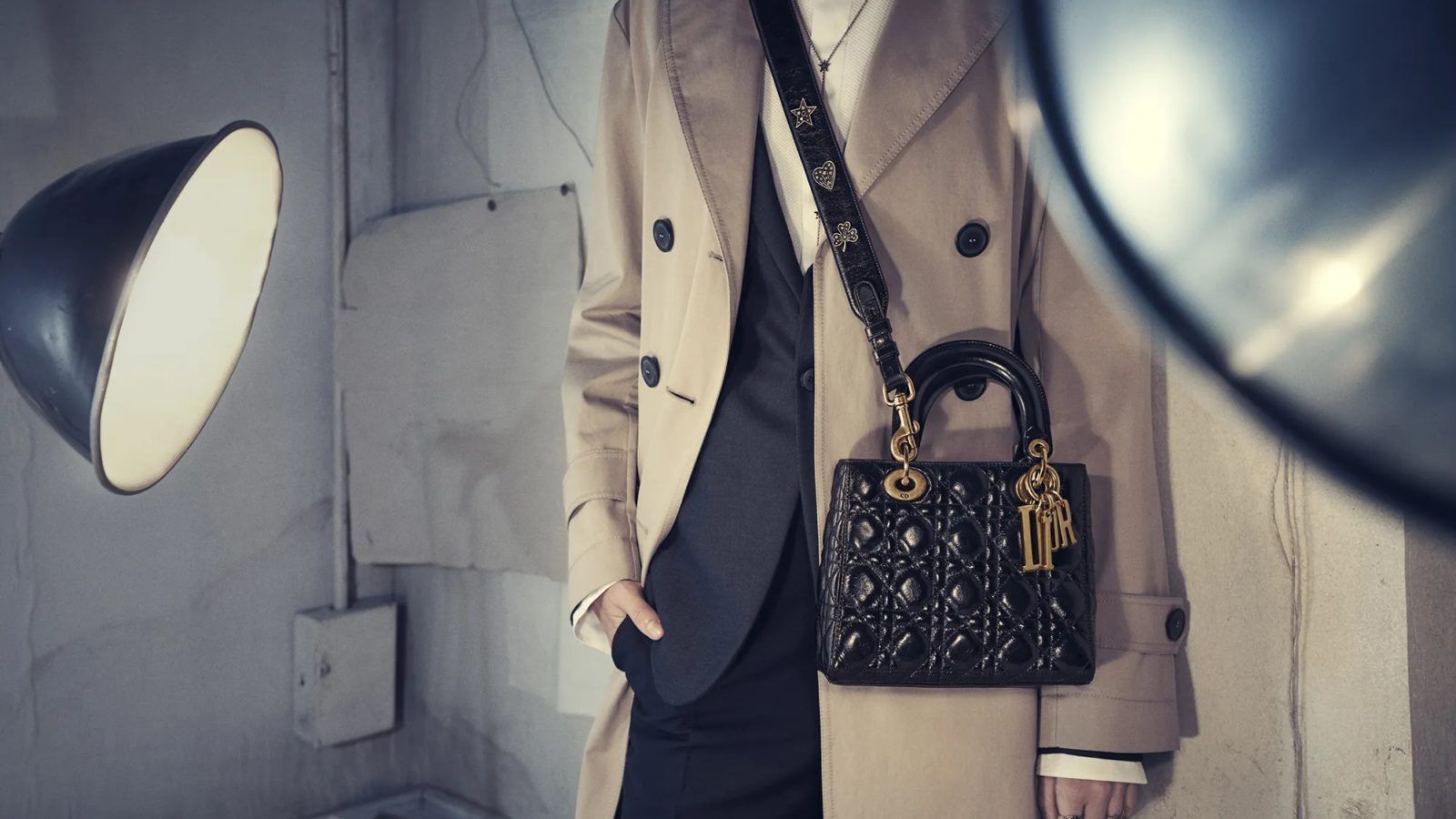 10 classic designer handbags to have and to hold

Countless trends may come and go in the fashion industry but some designer handbags will always hold a desirable reputation through the decades. Their value is usually maintained by influential celebrity associations, timeless designs and fashion-forward re-imaginations that match contemporary needs.

Many of the following classics are limited editions, refrain from advertising to maintain exclusivity and make for a good investment. As coveted now as they once were, here are 10 handbags that will never go out of fashion. This is the first of a three-part series. Look out for the next two instalments in the weeks to come.

You might also like…
Style
Gorgeous, gorgeous girls love big, big bags
Style
10 classic Dior bags that will stand the test of time 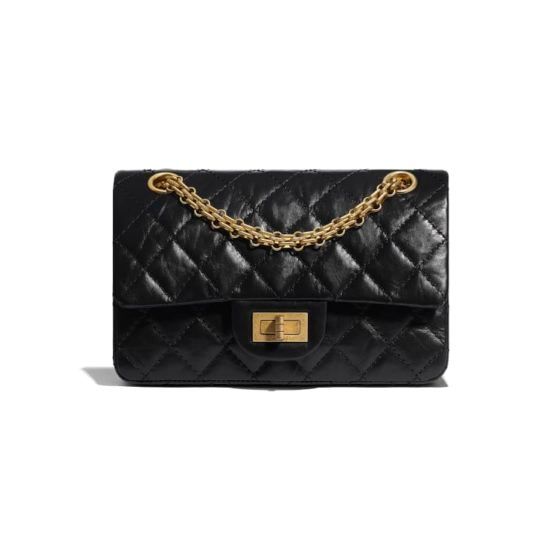 This timeless piece was made of quilted leather, inspired by jockeys’ padded riding jackets, a distinctive lock and its signature shoulder chain strap. The Classic Flap with the iconic CC logo, replacing the former’s rectangular lock was first recreated by Karl Lagerfeld when he took over as creative director in 1983 and has since become another staple of the house.

In February 2005, Chanel re-released the 1995 classic version to commemorate the 50th anniversary of the original. 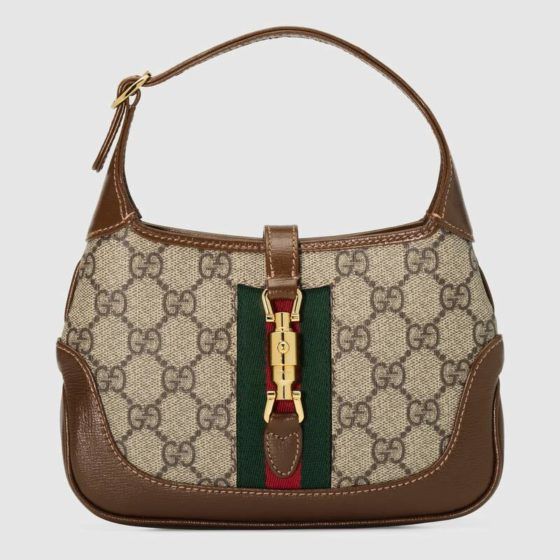 The bag was renamed after US First Lady Jackie Kennedy in 1961. This designer handbag was first introduced in the 1950s as the Constance. In the 60s, this distinctive curved half-moon hobo bag was much loved by First Lady Jackie Kennedy Onassis, and she also used it to shield herself from paparazzi. As soon as images of her sporting this Gucci bag started circulating amongst the press, the bag’s popularity rose to a new dimension altogether.

It was officially renamed after her in 1961 and soon became a 1970s fashion staple but faded away from the Gucci collections of the 1980s. The bag saw a revival under creative directors Tom Ford, in 1999, and Frida Giannini, in 2009. For Fall/Winter 2020, Alessandro Michele revisited the design, making it available in various colours and sizes. 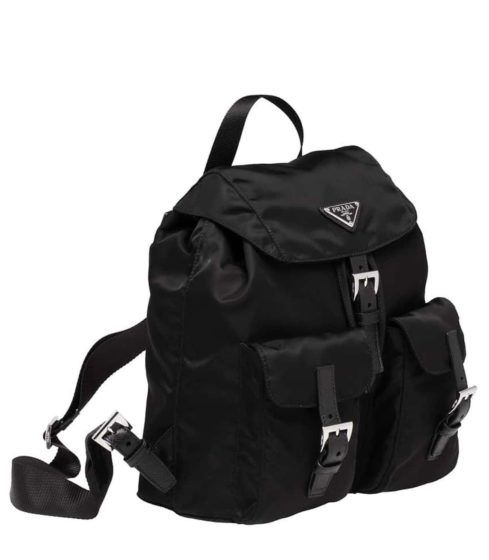 Many of the ’90s supermodels love the Prada Nylon Backpack.

This one was a staple in the late 1990s and early 2000s. Spotted on sporty fashionistas, the classic silhouette added an athleisure vibe, which wasn’t even a thing yet, to every ensemble.

Launched in 1984 by Miuccia Prada, this icon paved the way for Prada’s signature use of industrial-weight nylon, also used in Army tents, in its accessories. While high-end handbags focused on elegance, this cult item was more about an effortless, casual look and was found being carried by many 90s supermodels. Even today, it’s cherished for its highly functional interior and suitable-for-work design. And, it is Kourtney Kardashian approved. Do we need to say more? 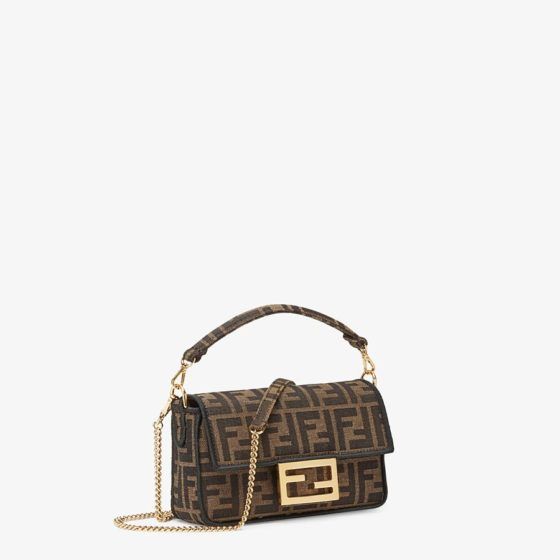 The Fendi Baguette was launched in 1997. This one fits a brunch nearby aesthetic. If there was one bag that Carrie Bradshaw was more loyal to, it was the cute Fendi Baguette. In one episode of the show Sex and the City, while Bradshaw is getting robbed, she indignantly informs the mugger that her purple sequin Fendi is not simply a bag, “It’s a Baguette.”

A compact and stylish bag, easily recognisable by its signature design, curved straps and trademark logo hardware, debuted in 1997. Designed by Silvia Venturini Fendi, this bag got its unconventional name by being the perfect size to fit snugly under the arm, just like the long and thin French bread baguette. This minimal bag boosted Fendi’s reputation from just another lavish designer to a commercial genius, releasing over 1,000 versions of the bag. 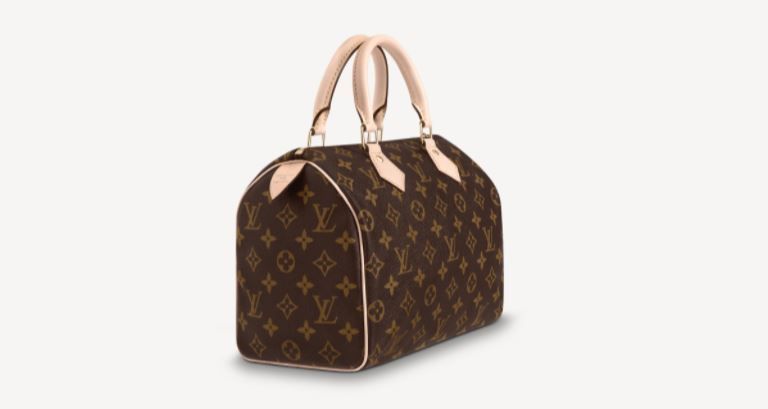 The signature model of the Speedy is now available in a variety of sizes and colours. Since its inception in the 1930s, Louis Vuitton’s monogram printed bag has redefined everyday style with great elegance and comfort. Once touted by fashion icon Aubrey Hepburn, the Speedy 25 soon acquired iconic status. First launched as similarly shaped but a larger Keepall in sizes 30cm, 35cm and 40cm, respectively, LV soon introduced a compact version customised to Hepburn’s preference and the growing consumer demand.

Aptly named after its sleek portable nature, its popularity never saw a downfall since the 1950s. Though the classic Speedy seems irreplaceable even today, the signature model is available in a wide variety of sizes, materials and colours. 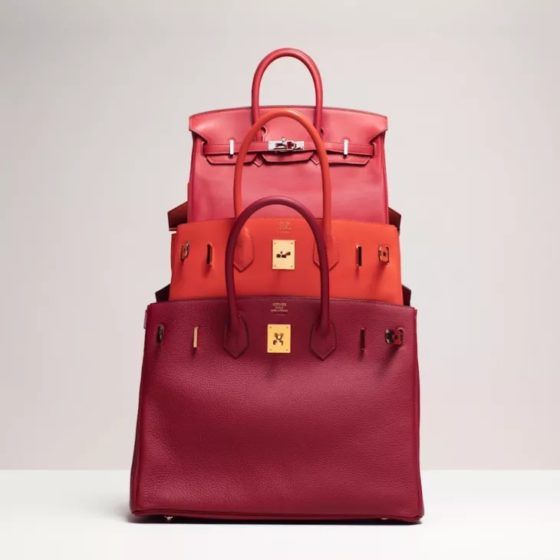 Hermès Birkin is said to be a better investment than stocks or gold. Birkin’s breakthrough moment in pop culture took place with an appearance in Sex and the City (2001). Since then, the bags have dominated fashion magazines and graced the arms of the likes of Victoria Beckham, Lindsey Lohan and Melania Trump.

This status symbol was inspired by and created for an English-French supermodel, singer and actress Jane Birkin in the 1980s. It all started in 1981 when she had a chance to share a flight with Hermès Chief Executive Officer Jean-Louis Dumas. Noticing her struggle and frustration at not being able to fit all her stuff in a bag, he sought to design the perfect carryall bag. Three years later, Birkin, the bag, happened.

Since its 1984 launch, the prices have been increasing 14.2 percent per year on average. This bag is said to be a better investment than stocks or gold. Its production is also tightly controlled to add an unobtainable element to an already limited edition. With a collection that’s available in different leathers, sizes and colours, the fashion elite is unmissable because of its top flap over buckle loops. Each piece also comes with its specific number-coded locks and keys. 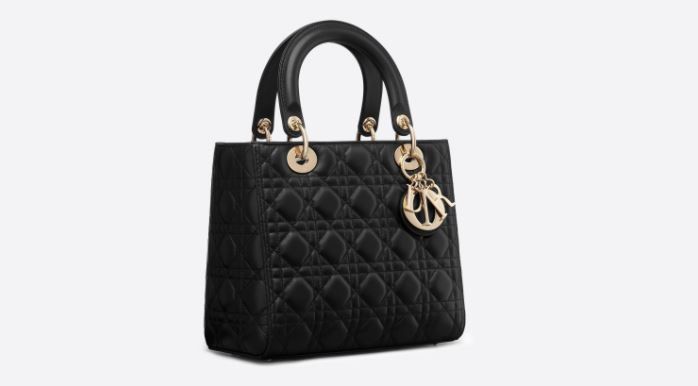 Before being renamed as Lady Dior, the bag was originally known as ‘Chouchou’, which means favourite in French. An instant favourite of one of the most photographed women in the world, this one takes the top spot among the most recognised Dior bag designs. Gifted to Princess Diana in 1955 by First Lady of France Bernadette Chirac, a signature topstitched ‘Cannage’ motif in a diamond pattern forms the identity of this timeless product. It is said to be inspired by the cane work of Napoleon III’s chairs on which guests would sit at Dior’s haute couture shows.

This plush quilted leather classic with complementary metal alphabet charms in a rich gold tone became an immediate hit. Originally introduced as ‘Chouchou’, which means favourite in French, it was renamed Lady Dior in honour of the Princess of Wales and remains the brand’s one of the most coveted pieces ever. Many reinterpretations have been introduced in an array of sizes, colours and materials, and one of them has even evolved into an art project. 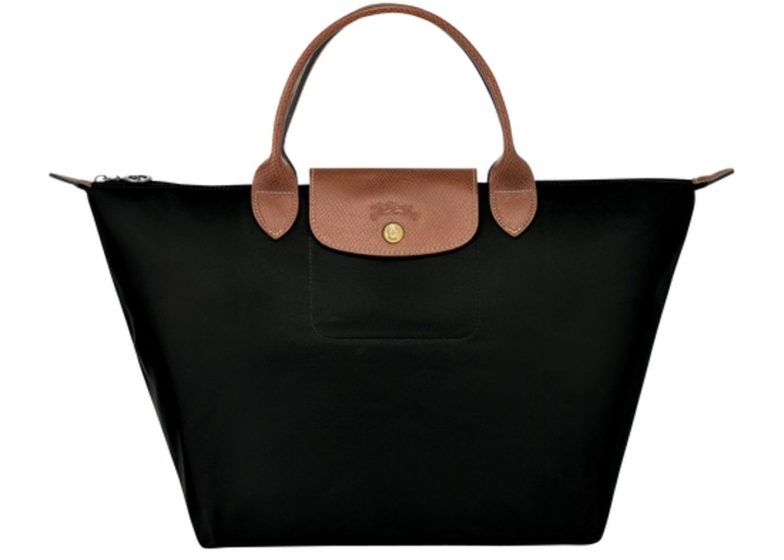 Many renowned women like Kate Middleton, Alexa Chung and Miley Cyrus have been seen carrying Le Pliage. Le Pliage in French means ‘folding’, which is in sync with the bag’s envelope-like trapezoidal shape. Inspired by the Japanese art of Origami, this lightweight and durable tote was designed by the son of Longchamp founder, Philippe Cassegrain. It is available in a range of prints and colours reimagined in over 150 varieties.

The 1993 original fold-up design comprised Russian leather handles, nylon canvas body and an embroidered signature logo of a jockey on a horse, which represented the much-revered racetrack in Bois de Boulogne, Paris.

Offering customisation options, the brand has sold more than 32 million pieces in over 1,000 stores to date. Though many renowned women like Kate Middleton, Miley Cyrus and Alexa Chung have been seen carrying Le Pliage, the tote is meant for unisex consumption. 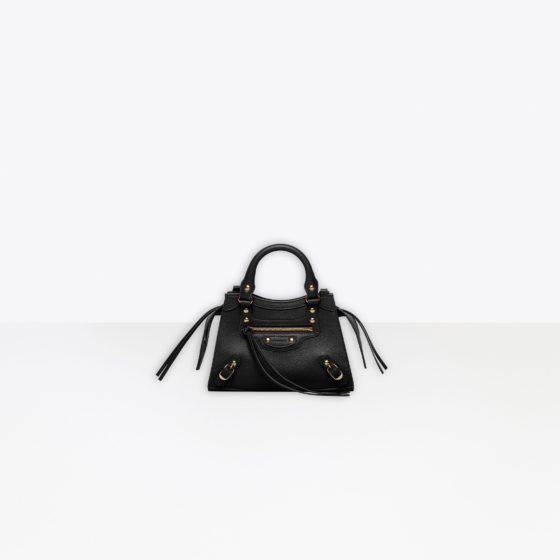 The Motorcycle was a favourite of many it girls of the 2000s. Launched in 2001, this collectable quickly became a hit, as it attracted many it girls of the decade. The style inspired by a motorcycle jacket with its zip detailing and studs came into being at the hands of the then creative director Nicolas Ghesquière and originally, execs didn’t think it would work. Their minds changed when model Kate Moss requested one from Ghesquière after a show. Following a stream-lined redesign of the classic silhouette, the Motorcyle has since been renamed Neo.

A unique feature in this model, like no other Balenciaga number, is the absence of a brand logo and yet, it’s instantly recognisable. The brand’s other coproducts have the logo bold in front and at the centre. 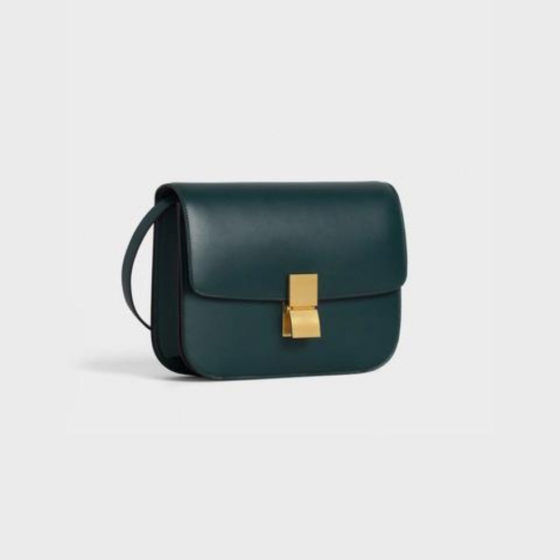 Durable, versatile and flawless, Celine bags are a wardrobe staple. The aftermath of the Phoebe Philo era witnessed the rise of the Medium Classic Bag. The calfskin leather of this box bag holds up beautifully and effortlessly symbolises luxury.

Thanks to its practical details, such as zippered compartments and the removable shoulder strap, this bag didn’t take long to become the urban woman’s favourite accessory. Its jewelled brass clasp is a trademark of Celine’s artisanal prowess.

Are branded handbags worth investing in?

If you know how to select a designer bag as per your requirements, it can last you almost a lifetime and who knows, it might even serve as a valuable heirloom for your future generations. If you’re not keen on spending a fortune on designer bags, a well-timed purchase can help you avail discounts and save extra expenditure.

How to choose handbags as per outfits and occasions?

The choice of your handbag depends on the kind of event or outing. For instance, you can’t be carrying a tube clutch to the beach or a duffel bag to a cocktail party. While a crossbody bag will complement a sporty outfit, an embellished purse might look good with a sheath dress or a gown. You also need to consider the colour combo of your outfit and bag. However, your look ultimately depends on how well you’re able to carry yourself.

How to avail best deals on luxury/designer handbags?

Designer bags usually don’t go on sale. However, their prices vary from region to region. Europe is deemed the cheapest place to buy designer handbags. Germany, France and the UK, in particular, are places where you can expect to bargain on designer accessories and get a reasonable buying price.

The top brands that produce handbags in such designs include Chanel, Louis Vuitton, Hermes, Dolce & Gabbana and Gucci.