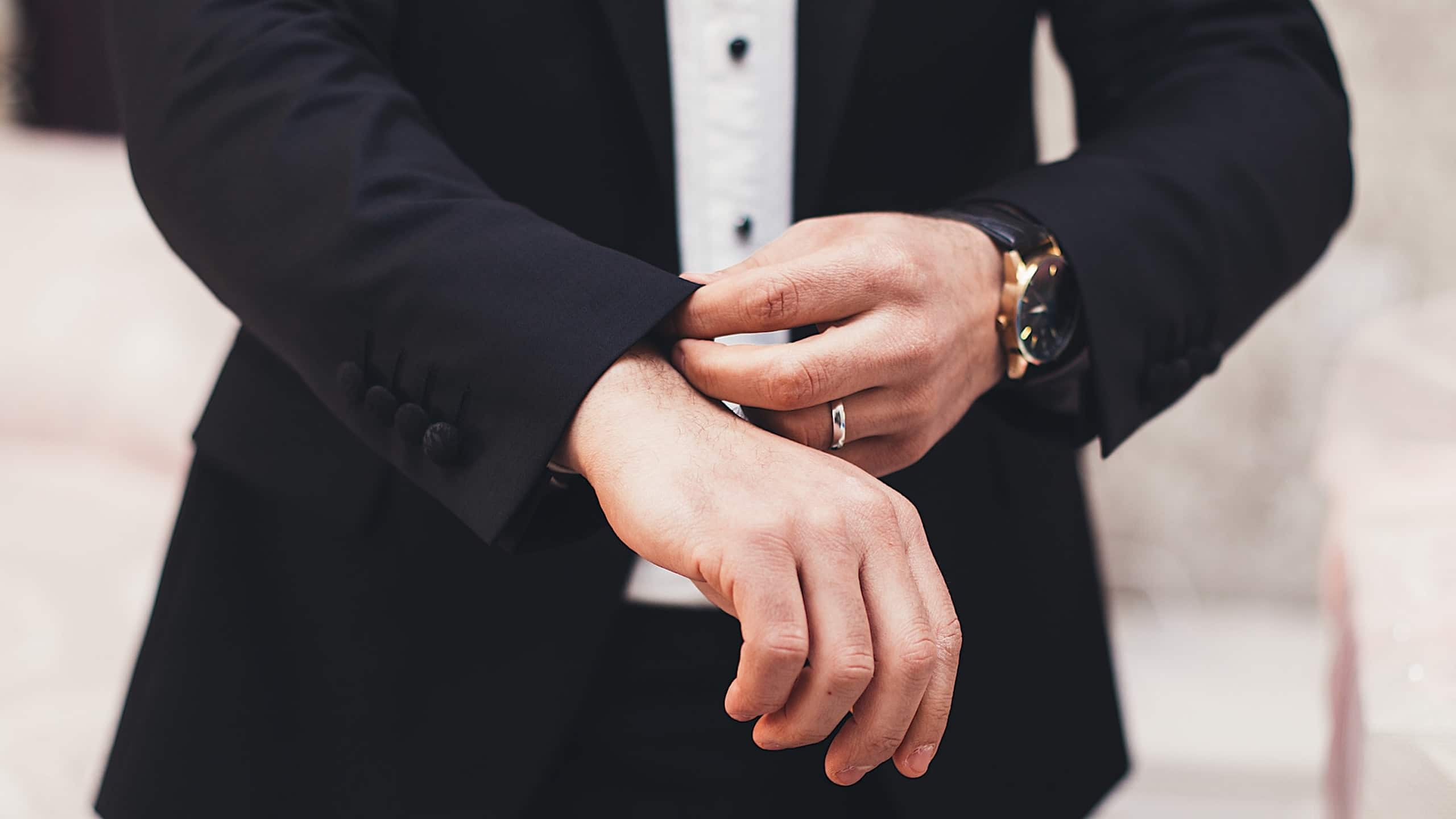 History teaches us that men are creatures of habit — wisdom that’s extremely invaluable during the holiday season. That goes double for classically inclined gents: those individuals in your life who would — let’s face it — prefer gifts that don’t necessitate an entire lifestyle transformation. This Christmas, dispense with “festive” sweaters and self-help literature; opt instead for something which elicits the warm and fuzzy joy of familiarity. Yes, your husband owns a Swiss watch — but how about a German-made one featuring a solid silver dial? Is your dad insistent he has enough cologne? We doubt any of them capture the scent of a hinoki forest. All that being said, here are 10 smart and stylish gifts, handpicked by us, that are bound to go down a treat with men who appreciate the finer points of living. 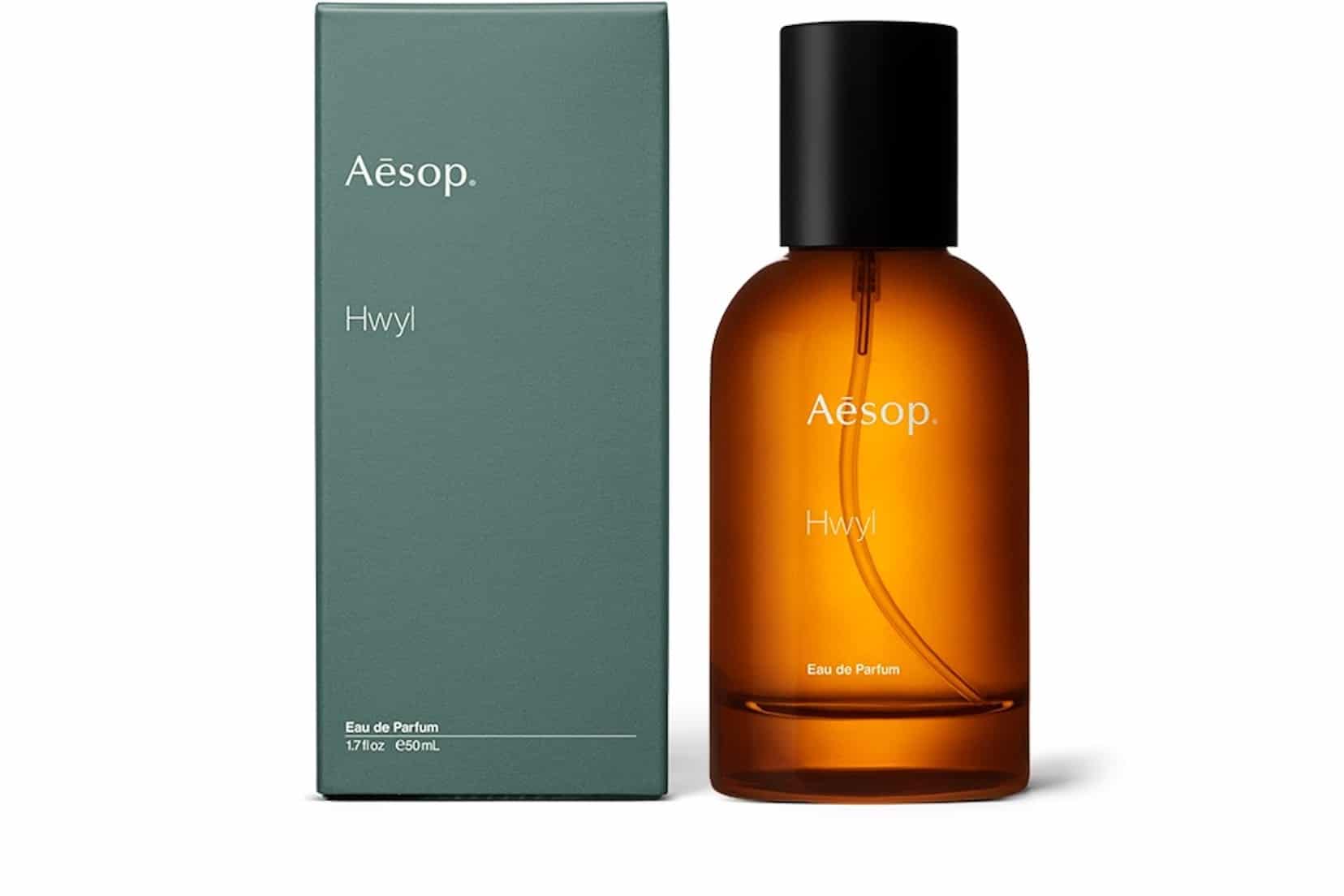 Better known for their award-winning serums and moisturisers, Australian brand Aēsop has (in recent years) become increasingly competitive in the world of haute parfumerie. The company’s newest fragrance, simply entitled “Hwyl”, has been conceived along creative guidelines that are typical of Aēsop: distilling exotic locales — in this case, a misty hinoki forest — into a package that is equally intriguing for men and women. Cypress and frankincense give Hwyl requisite credentials as a smoky EDP, but it’s the mossy vetiver accord that rings out over time. This is well suited to the guy in your life who isn’t afraid to share and analyse fragrance. 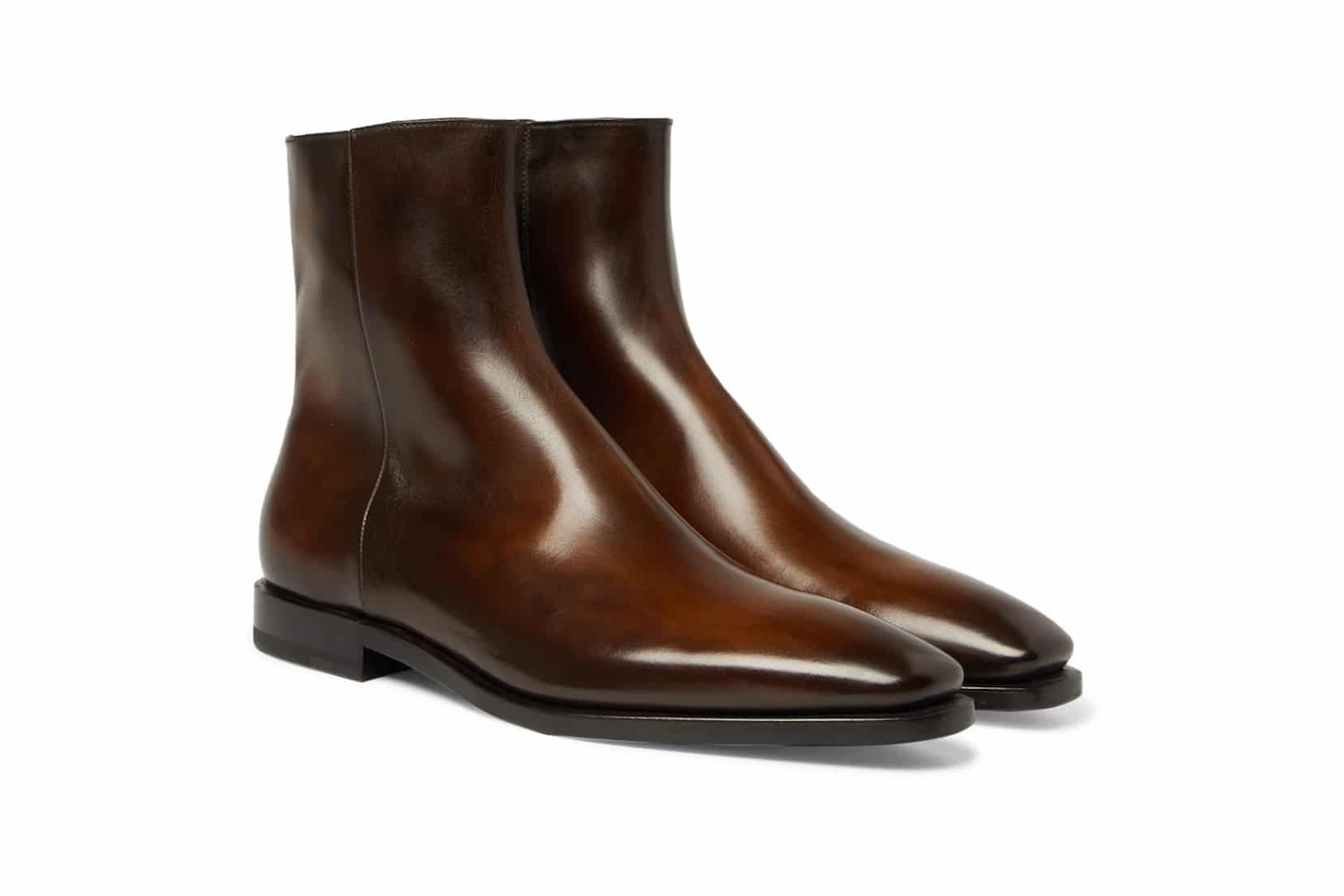 These slick Chelsea boots are a reminder of Haider Ackermann’s short-lived (yet critically lauded) tenure at the House of Berluti. Prominently sported on models during the brand’s SS 2018 presentation, they live up to Ackermann’s reputation for “brazenly decadent” menswear. Crafted from Berluti’s signature hand-stained “Venezia” calf, these boots evoke the brashness of various ne’er-do-well archetypes. Thanks to its pronounced chisel toe, stacked heel and full-length zipper, this is the kind of boot that looks equally dashing with conventional and more outré labels. In a world where traditional dress codes have become less and less relevant, it’s good to see classic men’s outfitters like The Armoury flying the flag for apparel which is romantic in its origins, yet adaptable to any number of mundane situations. That’s the value proposition behind the “Marc”: a full-length coat made in collaboration with Coherence founder Kentaro Nakagomi. Available exclusively at The Armoury, the present “Marc” is derived from Nakagomi’s earlier “Mutt” design, based on the type of garment frequently worn by WWII-era dispatch riders. Sweeping and voluminous, the “Marc” combines the best of a trench, raincoat and statement outerwear all in a single flattering A-line silhouette. It’s a must-buy for the urban professional whose city of choice is frequently assailed by inclement weather.

Shop now from The Armoury 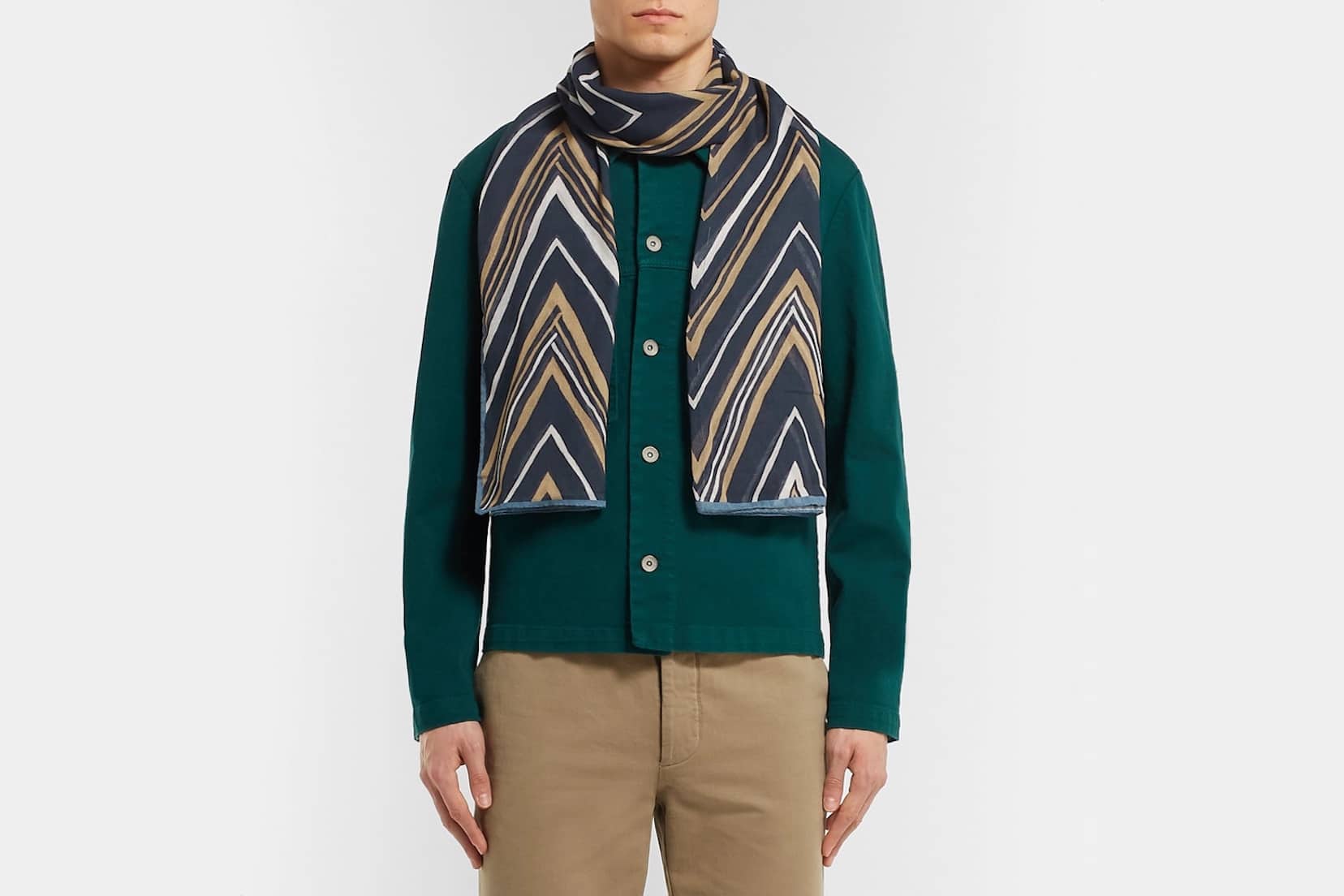 We all know a man (or two) for whom the prospect of colourful dressing is anathema. In such cases, one can always count on British haberdasher Drake’s to be persuasive — thanks to their regular output of great accessories like this chevron scarf. Made of a blended fabric that is 78 percent cotton — which has a gauzy handle and open-woven appearance — this is supplemented by modal and cashmere, lending the scarf lightness and warmth respectively. The wavy chevron pattern is offbeat without ever feeling kitsch and is bound to add some geometric interest to an otherwise drab winter palette. In other words, a thoughtful alternative to yet another pair of socks or reindeer-flavoured knitwear. 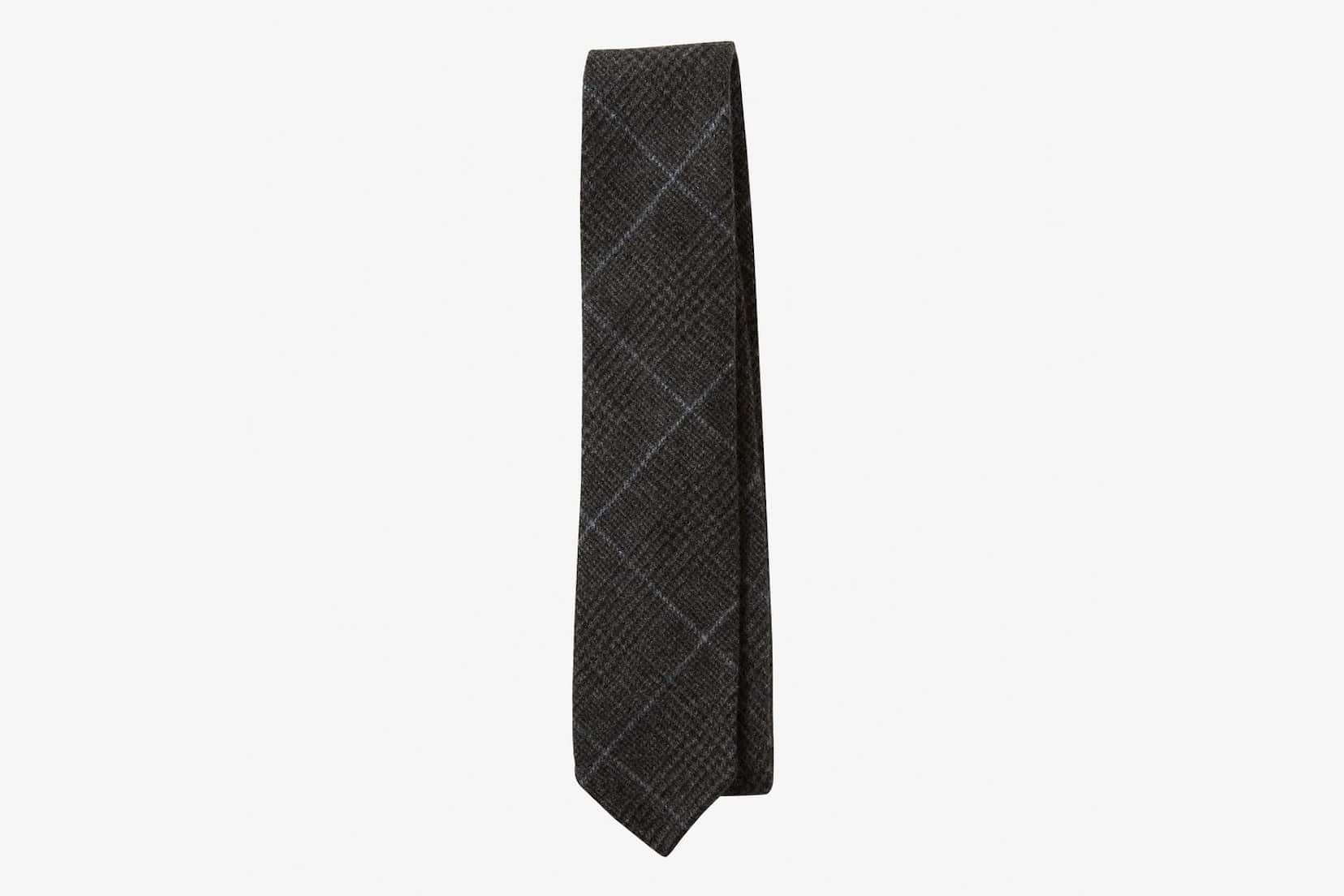 To be sure, not all the men in your life (if any at all) need a tie this Christmas, but that’s precisely why the little neck biters make such fantastic gifts — luxurious, conspicuously optional ways to inject a bit of personality into corporate attire. We particularly love the styles coming out of Anglo-Italian — a London-based retailer of artisanal tailored menswear. This particular tie is made from a rare cashmere milled by Joshua Ellis. Woven in a rustic Prince of Wales pattern (which hides a very faint sky blue overcheck), this is the kind of item which can lift even the drabbest CBD uniform into something presentable. 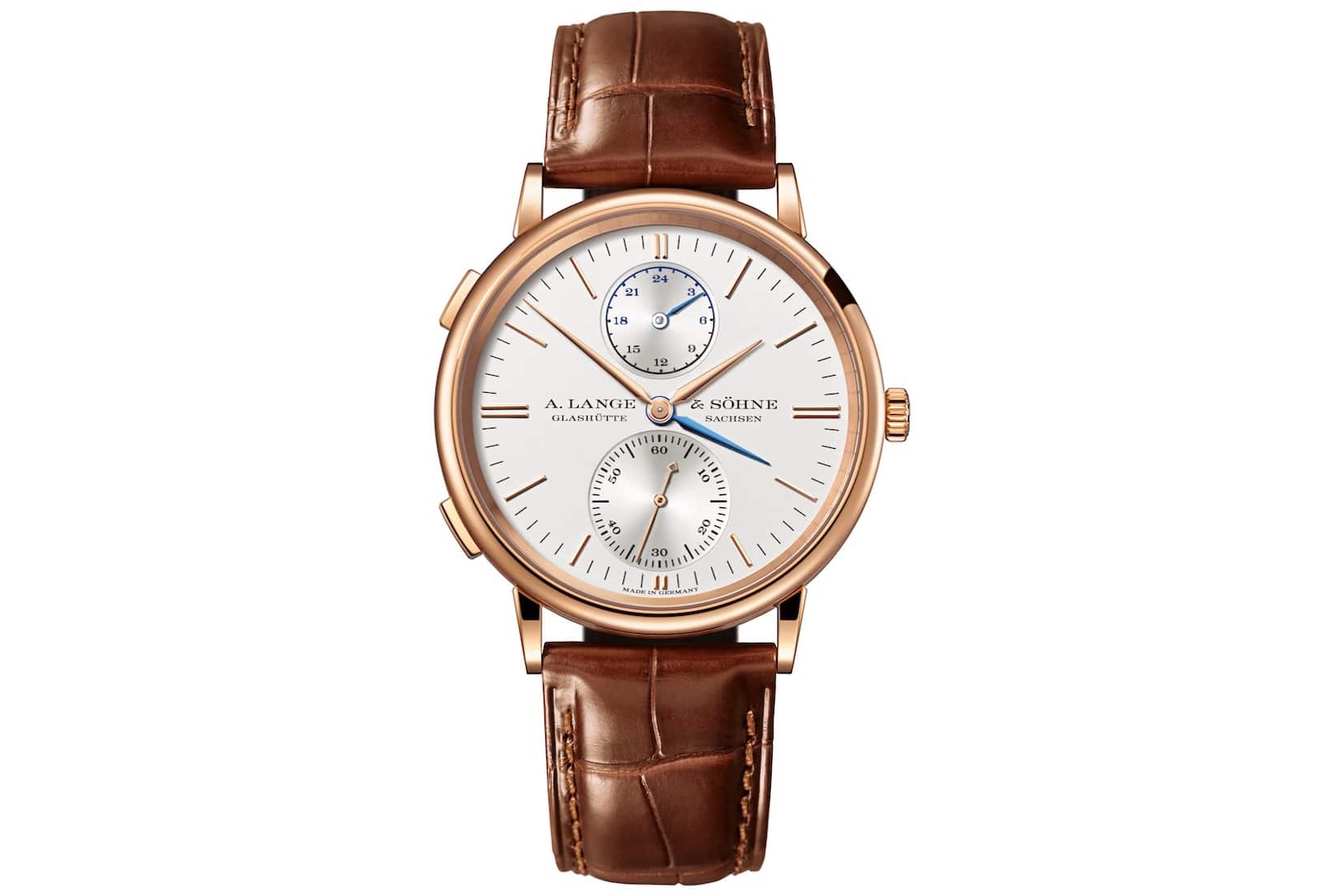 First introduced in 2015, the Saxonia Dual Time is an elementally well-made dress watch which picks up on pervasive design elements at A. Lange & Söhne. An orthodox complication (i.e. dual timezone) is presented here in a thoughtful new way — the hour intervals in your secondary timezone are displayed in a sub-dial at 12 o’clock — and the quality of construction rivals that of the Swiss marques. From the beautiful curvature of its 38.4mm case (in pink gold) to the lustrous argenté dial, this Saxonia is a fitting complement to any man who prefers to whisper, rather than shout, his horological predilections.

Buy now from A. Lange & Söhne We understand that air travel can often be a taxing business, but that doesn’t mean you should compromise on presentation. Obviously, we’re not advocating you wear a natty three-piece suit onto your next long-haul flight, but it is possible (believe it or not) to break down the barrier between style and comfort, thanks to cashmere wizards Loro Piana. Each year, their Soft Voyager is a perennial favourite amongst the C-suite and jet set — designed expressly with frequent flyers in mind. Sporting ultra-light cashmere, Loro Piana’s proprietary Rain System and a suede-trimmed collar (that’s perfect for keeping the wind off your neck), this is a versatile addition to any business executive’s wardrobe. We’ll be the first to admit that wheeled suitcases aren’t the most romantic gift idea, but when it’s German luggage manufacturer Rimowa at the helm, well, that ought to take the sting out of things. Opt for a stealthier take on the brand’s notorious silver multiwheel, cast instead in black anodised aluminium. Featuring all of the classic Rimowa trimmings (e.g. electronic tag display, TSA locks and flex-divider) this 67-litre case is a great size for medium-haul flights. Of course, it comes standard with Rimowa’s five-year factory warranty. 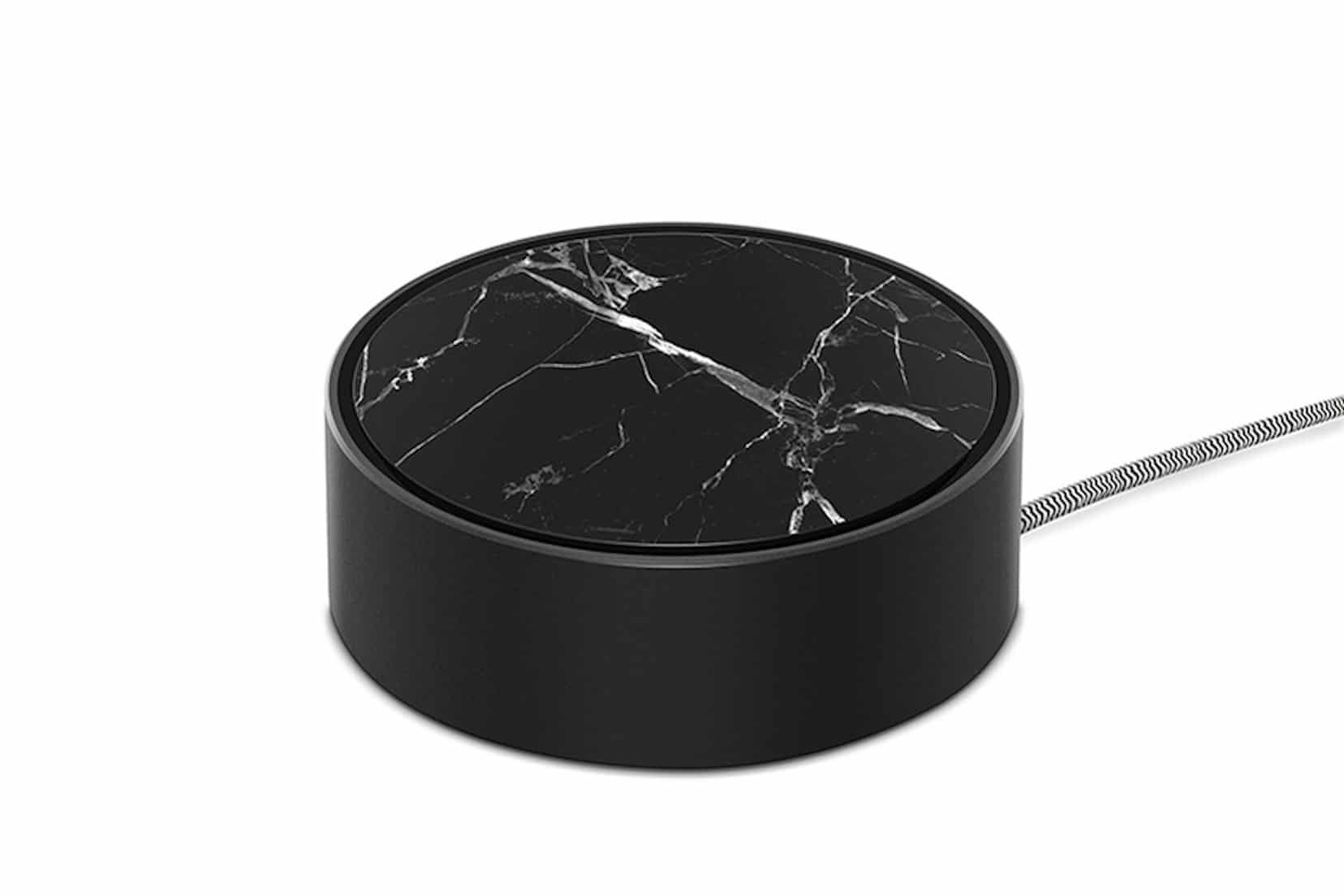 USB chargers aren’t exactly a new innovation, though we doubt many of them are as handsome as this design-led iteration from Hong Kong’s very own Native Union. On its face, the Eclipse hub is decorated in black marble and is activated using a light emitting touch sensor. It’s able to neatly store up to three cables at a time and makes use of an integrated circuit — so your devices always charge at lightning speed. It’s a must-have accessory for the home office or space-poor cubicle farmer. Also available in slate, wood and white marble. 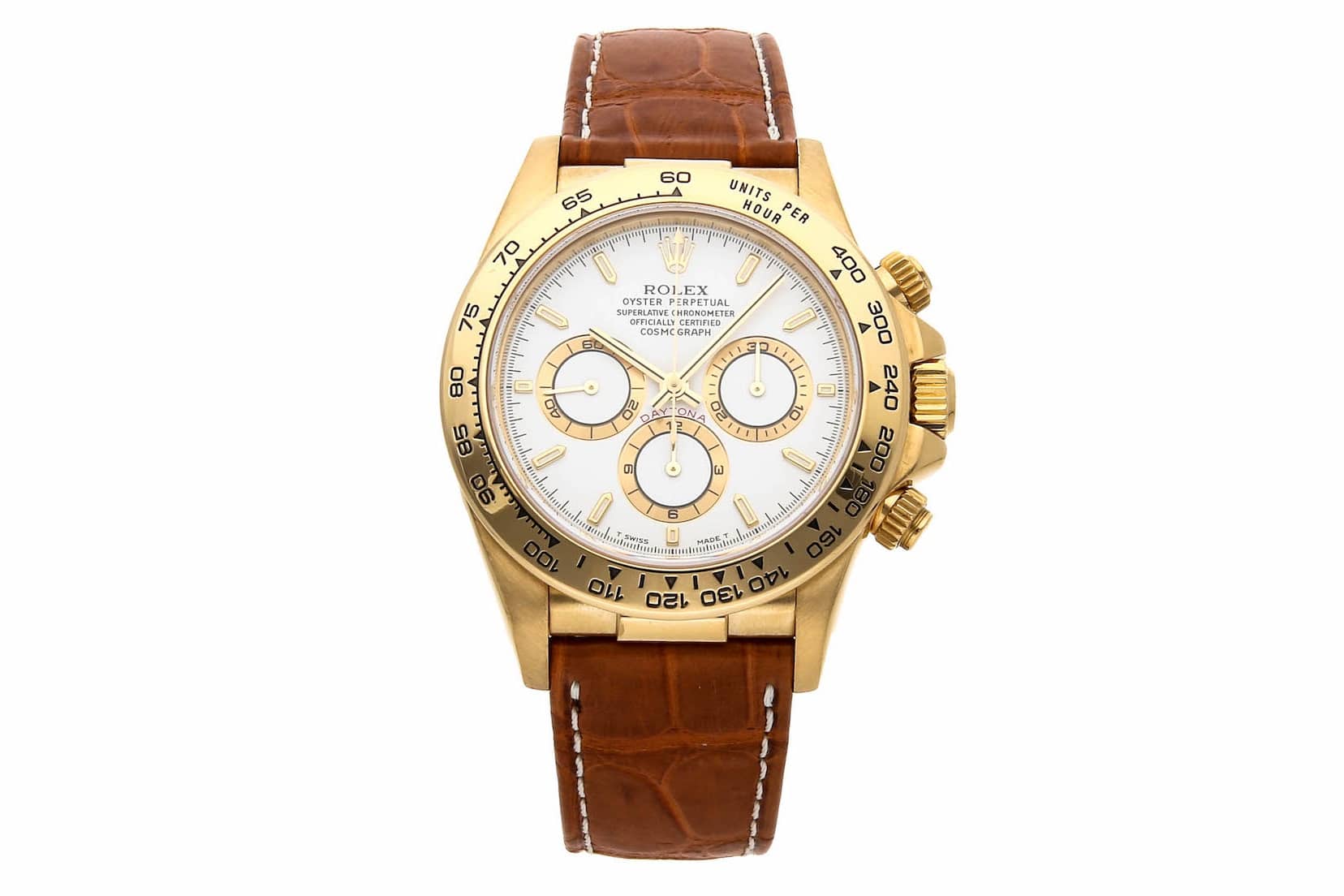 Part of the lineage of Zenith Daytonas that began production in 1988, this Ref. 16518 is likely to prove desirable to all but the most jaded of vintage Rolex collectors. Powered by the calibre 4030 (an iteration on Zenith’s then-unrivalled calibre 400), this 1992 release is among the first Daytonas to be equipped with a waterproof self-winding chronograph movement. Its historicity — and indeed, role in renewed popular interest in chronograph wristwatches — is possibly dwarfed only by its timeless good looks; with the Ref. 15618’s gold and white combo etched firmly in the minds of vintage watch enthusiasts. Although this particular Daytona isn’t available as a full set, it is backed by Watchbox’s 15-month warranty, and has been brought to market following an exhaustive multi-step authentication process.