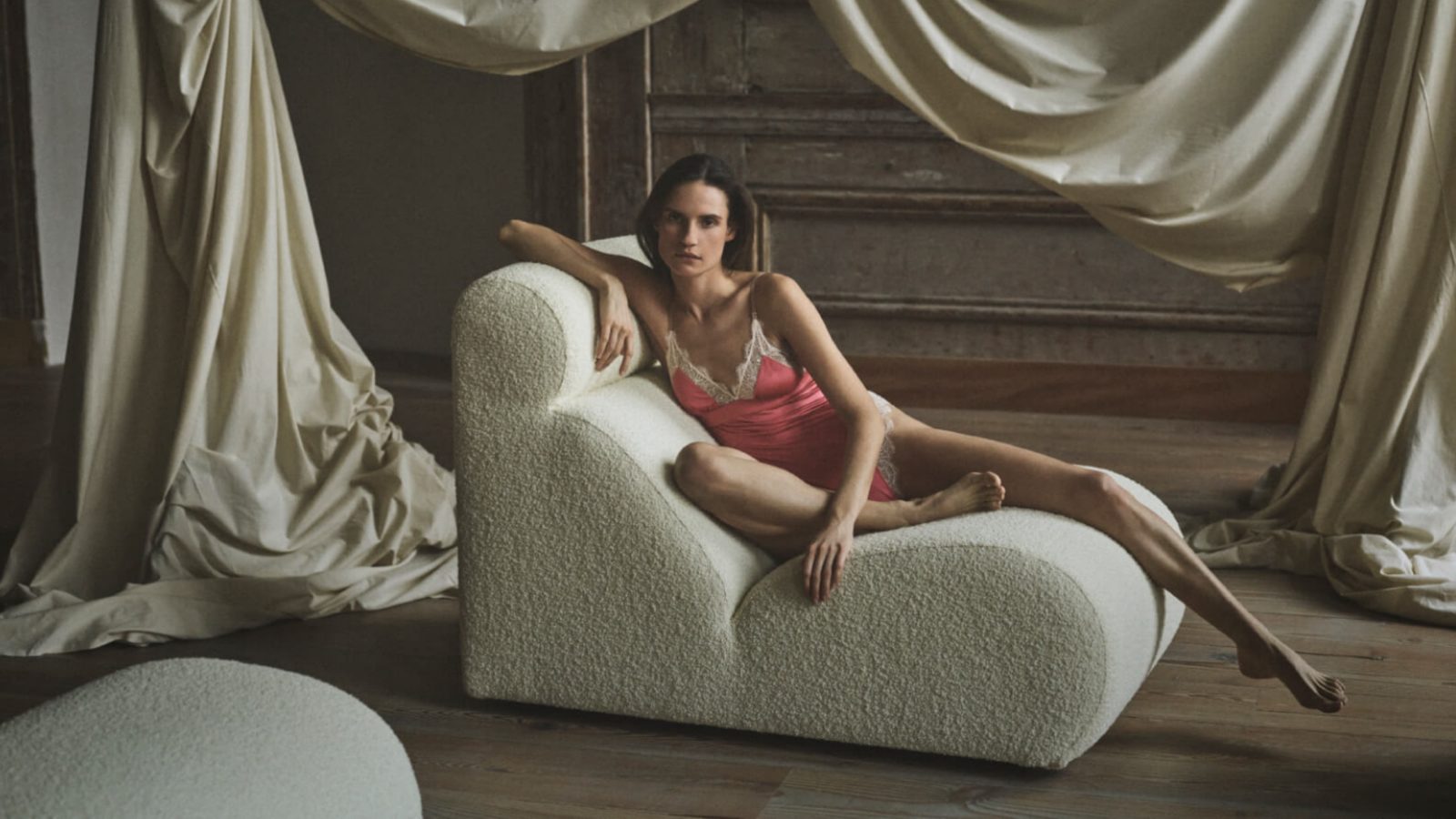 There is a renaissance in the lingerie industry. A new dawn that prioritises agency instead of the male gaze. Comfort instead of contours.

Gone are the shiny little distractions, wiring and pushed-up oomph that moulds — however improbably; painfully — the body into an unrecognisable thing. An hourglass, yes. A living, breathing body with curves, bumps, lumps and crevices, no.

As the world contends with the now-defunct Victoria’s Secret Fashion Show, and why we celebrate the bodies how we celebrate, new-in lingerie concepts are empowered to, instead, celebrate the female form — in whatever that form may take.

Ah, Rihanna. Ms. @badgalriri. The modern-day Renaissance woman. Savage X Fenty, like so many of her projects, comes from a place of disruption. Fenty Beauty, for example, captures an obvious lack in the marketplace: a realistic, researched range of skin-tones. Fenty launched with 40 shades; a far cry from the light, medium, dark trifecta of bygone beyond brands of yore.

Savage X Fenty arrived on the scene loud, proud and with so much confidence, just as Victoria’s Secret — and its now-cancelled fashion show — began its inevitable descent. With sizes that range up to a 42H, body positivity is written into Savage X’s DNA; something that can’t be said for its predecessors. As Ms. Rihanna said about the brand: “Savage X is about respect. Do what you do. Be unapologetically you. Embrace individuality.” Now, here’s a brand we can get behind.

It’s not the damsel-in-distress that inspires Hopeless Lingerie. Instead, it’s the far more interesting characters. The anti-heroine. The villain. The femme fatale; strong, assertive and — as it goes in the arc of the film noir genre — punished for it. The brainchild of sisters Gabrielle and Dominique Adamidis of Melbourne, Australia, Hopeless Lingerie is dark, moody and modern — a testament to the ‘bad-ass women’ they were designed for, who wear lingerie for the hell of it.

Every Le Petit Trou brief, be it polka-dotted in lace or ruffled in cotton, features a signature keyhole cut-out; as it should, considering ‘Le Petit Trou’ translates, literally, to this very cut of lingerie. Founded by  Zuzanna Kuczyńska in Poland, Le Petit Trou — rife with sweet little bows and heart-shaped flocked tulle — is beautifully feminine; unapologetically so. You’d be remiss to expect details like push-up padding, for this Polish brand is all about comfort. Quietly sensual lingerie you actually want to wear everyday.

‘Inspiring dress up and undressing’; that’s the dream Jennifer Zuccarini set out to make reality with Fleur du Mal, a lingerie brand which takes its name from Charles Baudelaire’s seminal volume of poetry: ‘Les Fleurs du Mal’. ‘The Flowers of Evil’, translated.

Fleur du Mal’s luxurious creations often feature floral motifs, whether flocked and printed or embroidered and trimmed. For a brand inspired by French poetry — the pinnacle of ‘romance’ as understood by modern culture for most — the artistry of the range should really come as no surprise.

The ‘to-be-looked-at’, male gaze-accommodating facet of lingerie is the reason for all the bells and whistles. As though attraction comes from scraps of lace, uncomfortable wiring and bits of strategically-placed foam.

The mythology that surrounds Kiki de Montparnasse (née Alice Prin) — artist, nude model, singer, actress and muse to Man Ray — lays claim to an incredible reputation; after all, this is the woman who became, essentially, the beating heart of Montparnasse in the heyday of bohemian Paris.

For some reason, we’re drawn to black lingerie as some marker of elegance. Sophistication, even. A little dangerous, too. However, a drawer full of black does not necessarily make for the most inspiring of outfits. Dora Larsen, a lingerie brand founded by ex-lingerie buyer Georgia Larsen, is the antithesis to your collection of little black under-things. It’s a simple premise: colour inspires Larsen. Particularly, unique colour combinations like lavender and moss green; seafoam blue and maroon — so joyful and unexpected.

This post was originally written by Tais Elize on 3 October 2016 and updated by Joey Wong on 3 February 2021.

Hong Kong Fashion Style Lingerie Women underwear
Joey Wong
Editor
Constantly in pursuit of a multi-hyphenated career, Joey has written her way through fashion trends, youth culture and luxury retail in New York and Hong Kong. Beyond internet adventures tracking down the perfect vintage find, you can probably catch her sipping on her third oat milk latte of the day in the city’s newest café. She’s currently mourning the loss of TikTok in Hong Kong.
Style Watches Culture

We should all be feminists: Dior’s new book on the ‘female gaze’ and Maria Grazia Chiuri

As one last homage, the late Kenzo Takada’s personal collection is going up for auction