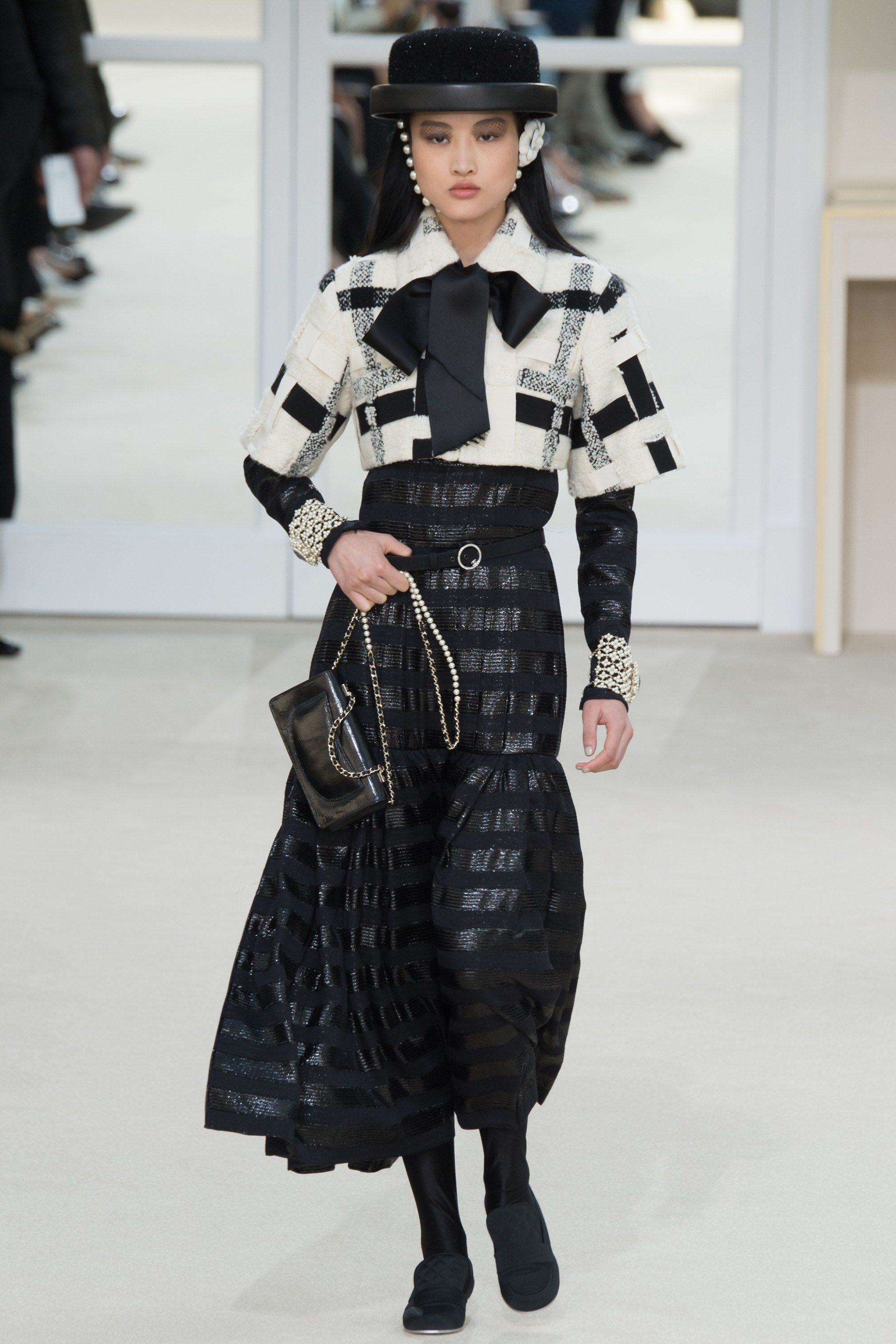 The Spring 2017 ready-to-wear shows are coming to an end, but luckily for all of us, the best is always saved for last: Paris Fashion Week. Some of the season’s biggest shows are about to unfold, and we can barely wait to see what the designers have in store. From Maria Grazia Chiuri at the head of Christian Dior and Anthony Vaccarello taking over at Saint Laurent, this season will bring some new direction to iconic fashion houses. PFW Spring 2017 kicks off today, so here are the five shows to pay attention to over the next week.

Collections shown in between creative directors have a habit of being less than memorable. Dior’s Fall/Winter 2016 collection was no exception: it wasn’t surprising, but it was forgettable. It’s not easy filling the shoes of former creative director Raf Simons, so even though Lucie Meier and Serge Ruffieux did their best, it wasn’t enough to bring the magic back. Now that Maria Grazia Chiuri, formerly creative director at Valentino, is onboard, we look forward to seeing a new direction for Dior. Hopefully one that continues to bring beautiful collections to the runway, only now with a little more romanticism.

In our opinion, Louis Vuitton always puts on one of the best shows of the season. Nicolas Ghesquière continues to receive praise from fashion influencers and editors alike, so we’re expecting a lot from his new collection. Last season, he wanted to create the story of a modern heroine who comes across a long lost treasure; with Victorian influences and streetwear elements, the collection was wearable without losing its spunk. Now that Ghesquière has settled in and found his voice, we look forward to seeing what’s up his sleeves for spring.

Having gone through some changes of its own, Saint Laurent recently bid farewell to creative director Hedi Slimane. Having shifted the direction of the brand from chic to rock-and-roll glamour, the designer’s departure has been bittersweet for many of us. The Fall/Winter 2016 collection was full of surprises, without losing the brand’s signature edge. From exaggerated proportions to ’80s silhouettes and prints, the collection continued to celebrate short lengths and ultra skinny fits while paying homage to Yves Saint Laurent himself. New creative director Anthony Vaccarello will be showing his first collection, so we’ll be sitting at the edge of our seats, waiting for a new story to unfold.

No one knows how to pull off a show like Karl Lagerfeld. With movie-set-worthy production values, the shows often tend to overshadow the designs — but for Fall/Winter 2016, it was all about the clothes. The emoji-inspired collection was a true reflection of the 21st century, as seen through Chanel’s eyes. Utterly chic as always, the collection played on the digital age with emoji charms and denim tweed suits. We can’t wait to see what Lagerfeld has in store for us next.

Demna Gvasalia’s first collection for Balenciaga was a success, to say the least. From off-the-shoulder puffy jackets to market bags, this show couldn’t have been more of a surprise. Though it was a completely new look for the brand, we could clearly spot some of the signatures the house is famous for, only slightly reinvented for the modern woman. Creating a collection that speaks to everyone who loves fashion, there was nothing in the collection we didn’t want to own. As he’s clearly a strong talent and a gifted designer, Gvasalia has many people, including us, highly anticipating his second collection for Balenciaga.

Taïs Elize is a half-Dutch half-Surinamese fashion model who has been travelling the world for more than a decade. As a stylist, Taïs believes fashion isn’t about the overall collections; rather, it's about admiring the individuality of each piece and appreciating the beauty that lies in the details. Follow @taiselize on Instagram.

Style Folio: Jennifer Koh on Orientale and Her Vision of Qipaos