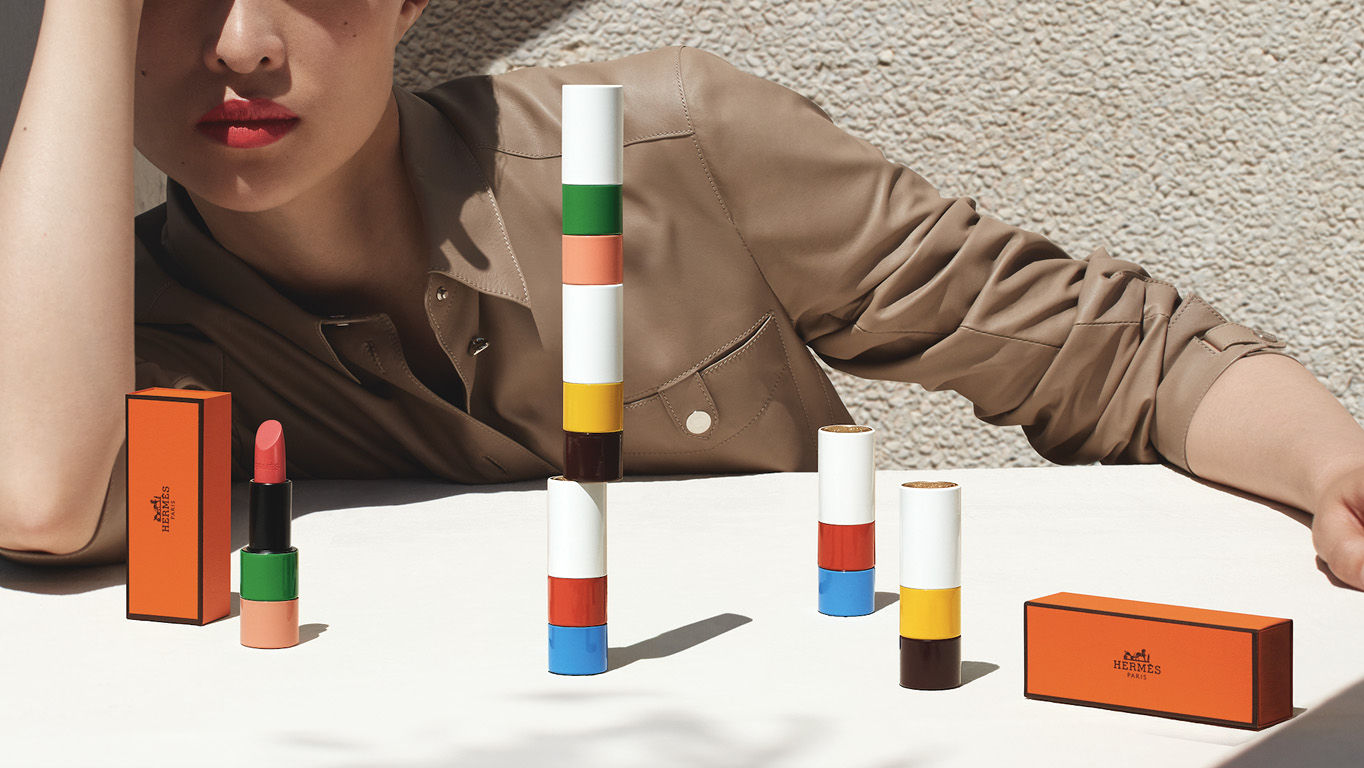 Heads up Hermès fans: The brand has just launched its online store for both Hong Kong and Macau.

While we understand the almost two-century-old Parisian house has its prestigious reputation of being the most valuable luxury brand in the world, there’s a lot more to Hermès than waitlisted Kellys and Birkins that you can’t get your hands on.

If you’re one of those who don’t feel a strong urge to sashay into your nearest Hermès store and splash your paycheck on a Birkin, we have good news for you: The brand has just launched its online store for both Hong Kong and Macau, giving you the chance to look at all the other beautiful offerings you might not know exist at the convenience of a few clicks.

Interested to have a peek around? To help guide you, we’ve rounded up a list of attractive, as well as totally affordable, selections below. 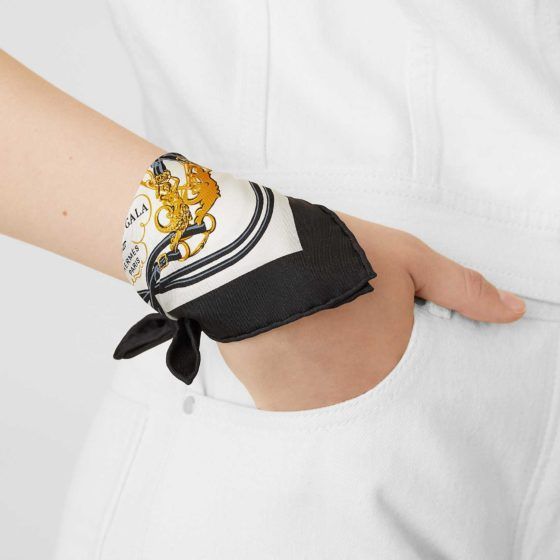 With its beautiful hand-drawn designs and the vivid and highly detailed results realised by a combination of advanced technology and traditional craftsmanship, silk scarves — or carrés — have, of course, become the signatures of Hermès, and these beautiful creations are newly available in a much smaller versions. With a handkerchief measurement of 20 x 20 cm, this tiny scarf (HK$880) can be wrapped around the wrist, tucked in a pocket, or tied around the handle of your handbag for a stylish accent. It also comes in a heart-shaped version, for those seeking something different. 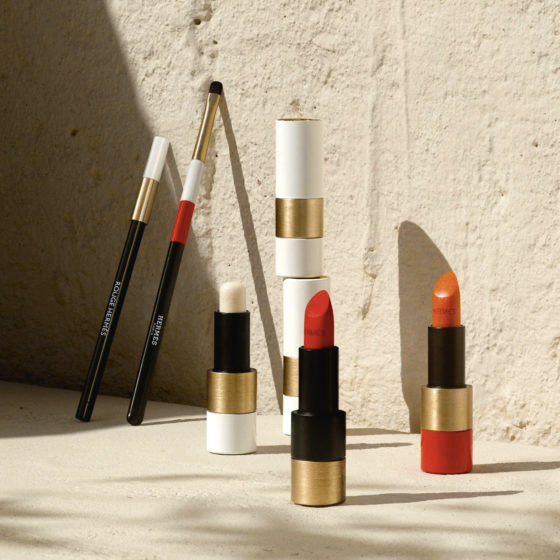 Going beyond its perfume offerings, Hermès debuted its first foray into cosmetics with the Rouge Hermès — a collection of (refillable) lipsticks designed by Pierre Hardy, the Creative Director of Hermès jewellery and shoes. The collection comprises 24 lipstick shades (HK$575 each), each wrapped in a canvas pouch and little orange box. Complementing the lipstick range are a lip care balm, a universal lip liner pencil, a lip brush for application, and Poppy Lip Shine, a neutral gloss to round out the collection. 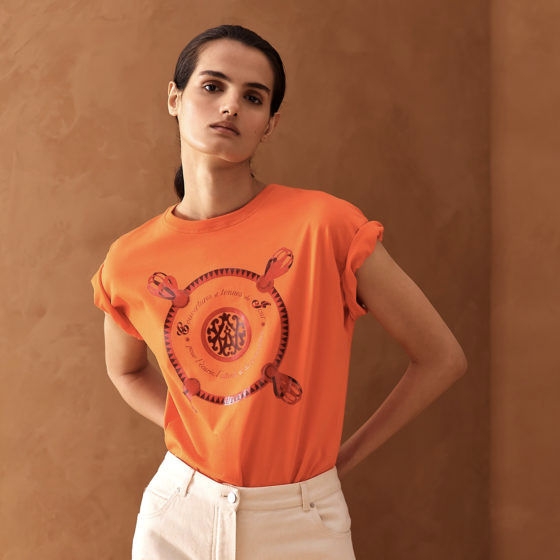 The now signature orange boxes of Hermès did not come to be until World War II, when materials were scarce and orange dye and paper were the only resources available for packaging. Celebrate the emblematic hue with this maxi t-shirt (HK$4,900), which features a rib trim necklace and ‘Laura Ricami’ embroidery. Wear yours with a pair of white jeans and sandals, and roll the sleeves up for a laid-back resort vibe. 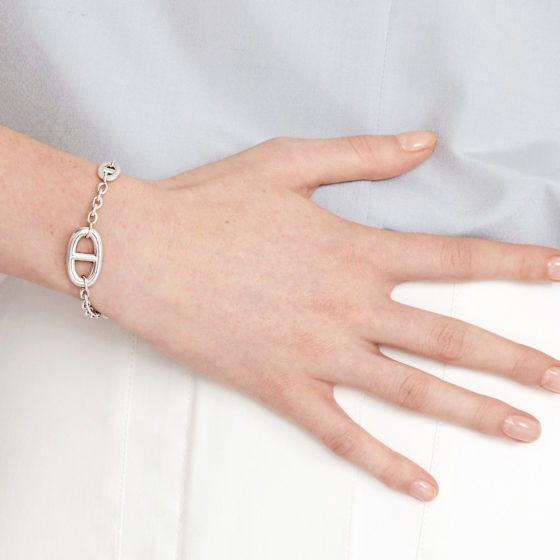 While a lot of the design elements at Hermès were influenced by its equestrian heritage, the family also took inspiration from its surroundings, and one of its members, Robert Dumas, was particularly inspired by the anchor chain of a ship. In 1938, he made it into a bracelet Chaîne d’ancre based on the links of chains, and it has become one of the house’s signature motifs ever since. This Farandole bracelet (HK$4,900) is one of the latest versions of the iconic design, highlighted by a play on the size of the links to give it an elegant and playful appeal. 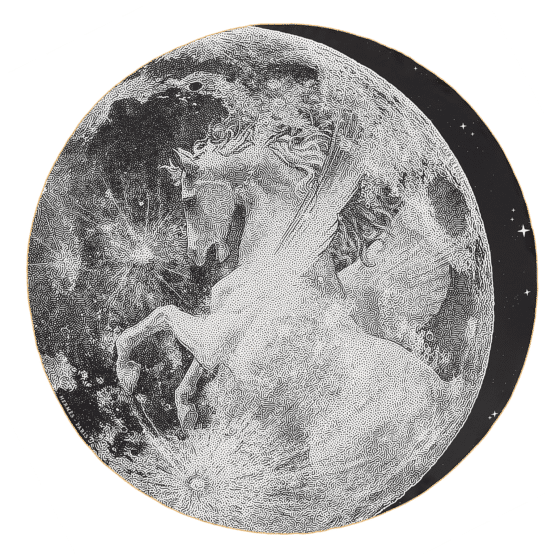 Yes, it’s another scarf, but we just had to. Other than the handkerchiefs and the heart-shaped versions, Hermès has also just launched this new 140 x 140 cm moon-shaped scarf (HK$9,800) with a rolled hem and a ‘Clair de Lune’ design by Clair de Lune, which shows a Pegasus flying by the moon on a starry night that makes it feel truly dreamy and magical. 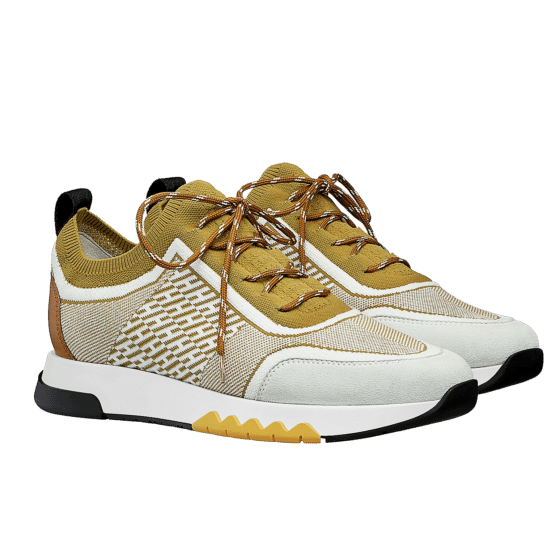 The house has extended its footwear offerings with these Addict sneakers (HK$6,600), which is a good-looking reinterpretation of a classic style by Pierre Hardy — the former fashion designer responsible for the jewellery, footwear and the all-new cosmetic collections at Hermès. It features a bi-colour knit with optical illusion, with white rubber midsole topped with black rubber sole and yellow zigzag rubber insert on the front and back for an attractive contrast. What’s more: The insole and lining are made of white goatskin, ensuring maximum comfort for its wearers. 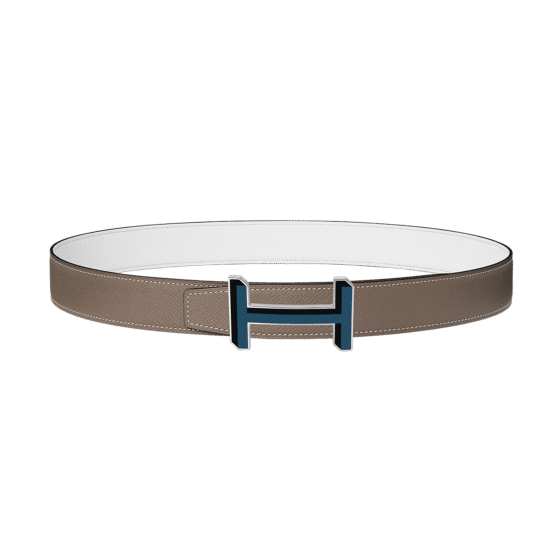 Apart from its ultimate function of keeping your pants in place, belts also define your waist, which gives your look added dimension and a more flattering proportion. There’s also a pure ornamental factor, of course, and we think this reversible leather (HK$7,000) featuring a 3D ‘H’ design on lacquer and palladium plated bucket is fulfilling all of the above. 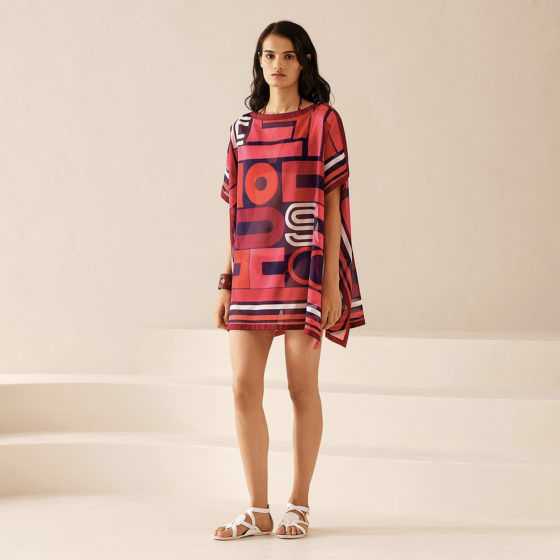 It might not be beach weather in Hong Kong just yet, but this beach tunic (HK$9,300) will look fabulous all the same by the outdoor pool or during your next resort vacation. It’s made in France just like the rest of the Hermès products, with a vibrant ‘Carre Taquin’ print that will make you stand out from the crowd with elegance and style.

Website
Shop here
Hermès
Cindie Chan
Style Editor
Fashion blogger turned editor, Cindie has spent over seven years covering all things stylish in the digital world. When she’s not busy poring over the latest covetable releases or attending the most talked-about fashion events in town, you’ll find her enjoying some precious downtime with her newborn son and sweet dog Rosy.
Style Fashion Jewellery Watches Events Seafood dogs for adoption
Sign up for our newsletters to have the latest stories delivered straight to your inbox every week.