As part of its worldwide 250th anniversary celebrations, Christie’s Hong Hong is presenting a spectacular week of curated sales, all of which will take place at the Grand Hall of the Hong Kong Convention and Exhibition Centre this autumn. Aside from exceptional art pieces, including Asian 20th century and contemporary art, Chinese works of art and Chinese paintings, there will also be a special selection of one-of-a-kind prestigious items such as watches, jewellery, wine, handbags and accessories for those with discerning tastes, with every item thoughtfully picked out by a team of specialists from the historic auction house. Read on to see our picks for the luxury items you won’t want to miss at these upcoming auctions.

This article is presented by Christie’s. See a schedule of their upcoming auctions here. 1
“The Ratnaraj” ruby and diamond ring

The Burmese ruby is considered one of the most desirable and exquisite gemstones in the world, mainly for its high chromium content and natural fluorescence. This extraordinary ruby and diamond ring features a 10.05 carats Burmese pigeon’s blood ruby and is a creation of Faidee — a gemstone manufacturer founded by gem dealer Mr. Roop Chand, who is also known as the ‘King of Burmese Rubies’ for his vast collection of top-quality red gems. 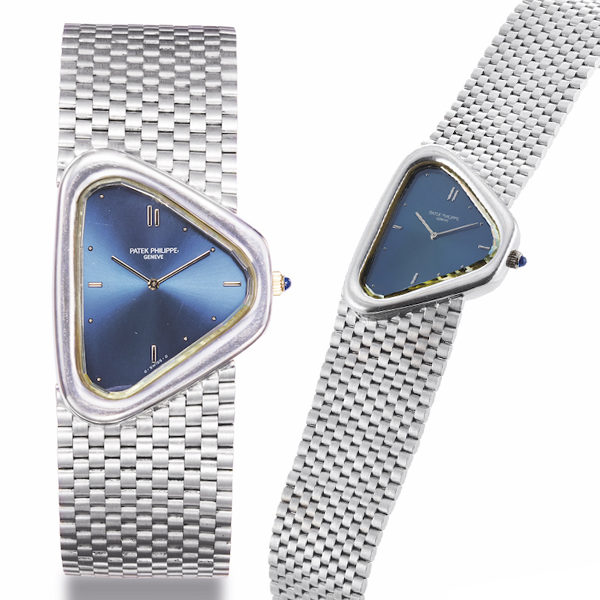 This Patek Philippe 18k white gold triangular watch (Ref. 3843/1) is a unique, bespoke piece manufactured in 1991, and features a crystal glass made from a portrait diamond weighing 13.43 carats, which is one of the largest known of its kind in the world. The gold dial, meanwhile, comes in a special sunburst blue colour and is adorned with asymmetrically positioned white gold indexed for the most pleasing visual result. This significant necklace is part of an exceptional array of rubies offered this season and comprises of mainly pigeon’s blood rubies, set with 22 gemstones ranging from 5.06 carats to 1.53 carats. These natural, non-enhanced rubies from Burma boast high transparency combined with a saturated colour, which is extremely rare to find. A ground-breaking GMT model by Greubel Forsey, this platinum 25° inclined 24 seconds tourbillon dual time zone world time asymmetrical wristwatch features a spectacular three-dimensional temporal that makes one complete rotation every 24 hours anticlockwise to represent the natural rotation of Earth, while the position of continents can be cross-referenced with the 24-hour, day and night indicator on the equatorial chapter ring, offering the wearer a unique way of perceiving different time zones across the globe. 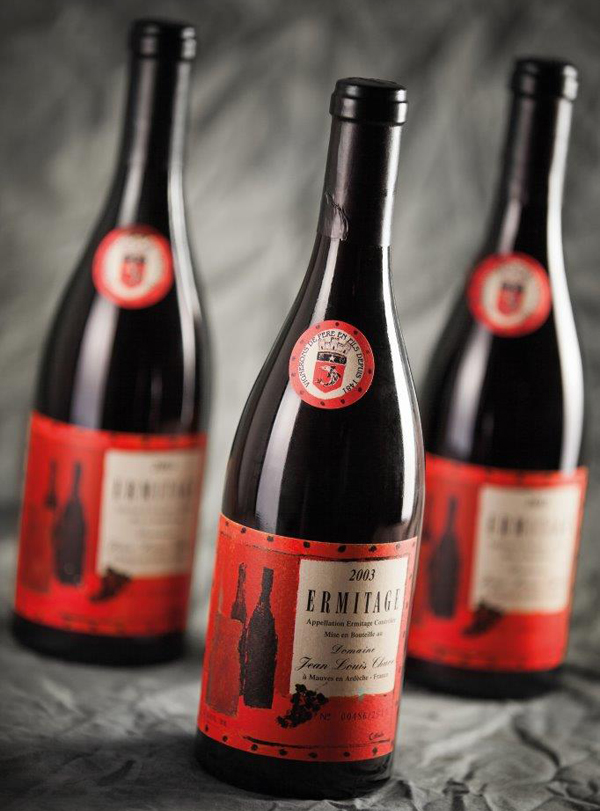 Domaine Jean-Louis Chave has over 500 years of history in winemaking, and is famed for producing outstanding red and white Hermitage that all wine lovers obsess over. However, the estate also makes the heroic and extremely rare Cuvée Cathelin, which is named after artist Bernard Cathelin who designed the bottle. The first vintage of this wine was 1990 and was awarded a three-digit score by Robert Parker, as it is only produced in exceptional years and in limited quantities. Made from shiny black alligator leather and beautifully embellished with gold leave and palladium hardware, this Hermès Passe-Guide Star Bag is a spectacular one-off edition produced exclusively for Hong Kong during the house’s Leather Forever exhibition at PMQ in 2014. The Château Latour 1858 is an exceeding fine and rare vintage from a European private collector, and was received directly from the cellars of Château Latour in the late 1990s. Kept in outstanding condition, the bottle has been reconditioned by the Château and is a rare find at any auction. 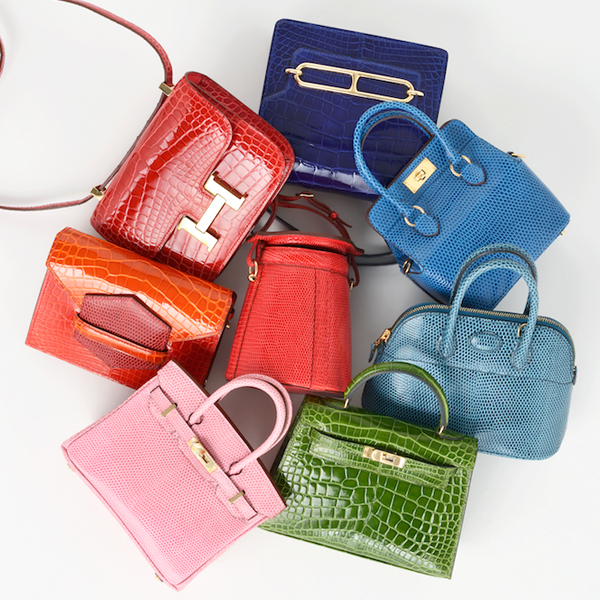 This extraordinary miniature set of Hermès’ eight most famous bag models — the Birkin, Bolide, Constance, Faco, Farming, Kelly, Roulis and Toolbox — is the ultimate collector’s item for all bag lovers. Created in 15cm versions to commemorate the house’s Leather Forever exhibition in Japan, these bags were made using the finest skins in magnificent colours, and took twice as long to complete to showcase the to the supreme craftsmanship of its artisans.