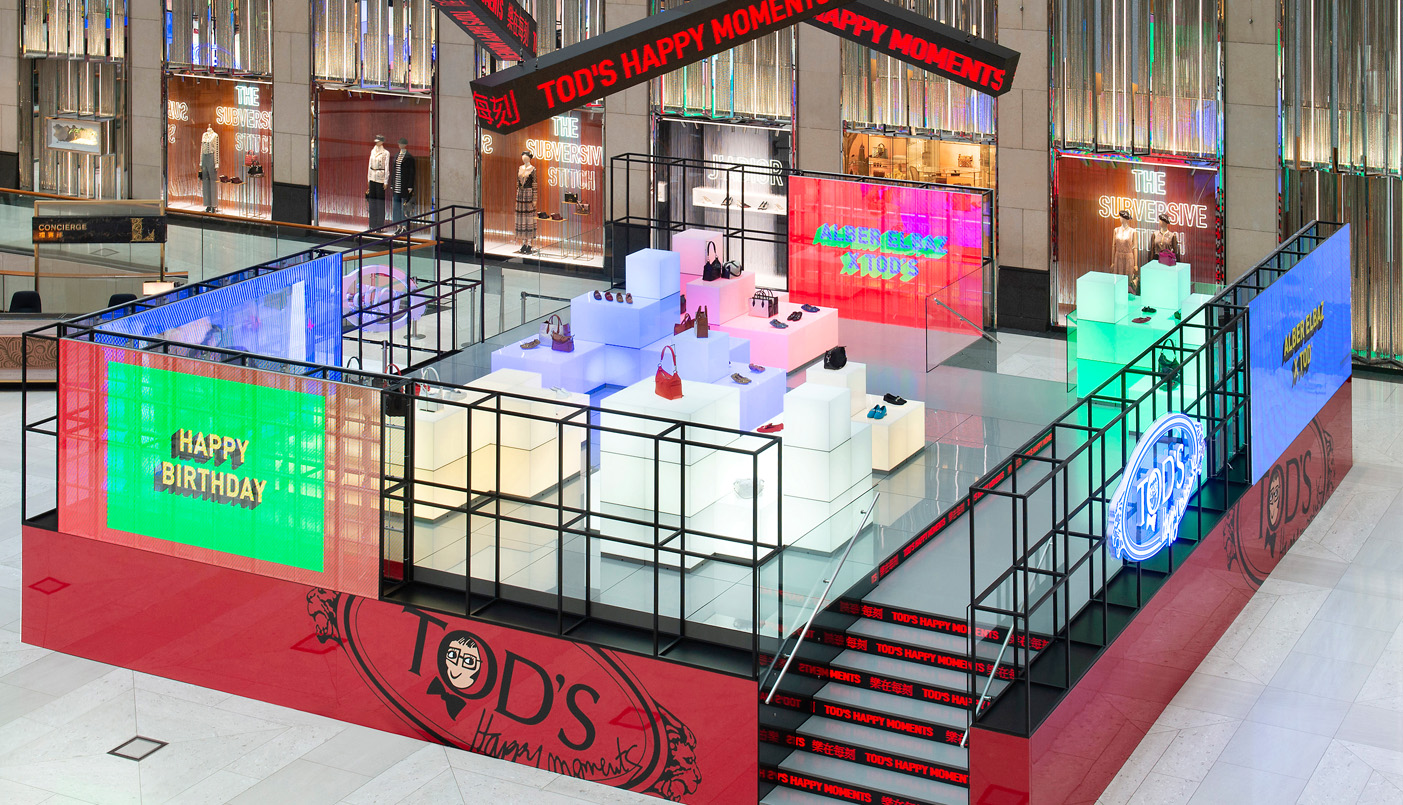 While Lanvin’s new artistic director Bruno Sialelli—the brand’s fourth designer in four years since Alber Elbaz’s departure—presents his debut collection for the brand, the beloved Elbaz is also back on the fashion scene, recently presenting a special collaborative collection with Tod’s under its ‘Factory‘ initiative.

Dubbed ‘Tod’s Happy Moments‘, the collection comprises a series of shoes, bags and t-shirts, all designed to accompany and bear witness to the happiest moments in our lives. The iconic driving shoes dominate the collection, reflecting Elbaz’s whimsical and theatrical flair with bright-coloured, aerodynamic iterations crafted from neoprene. There are also leather ballerina flats covered in embossed logos, with a texture resembling a playful version of the crocodile leather.

“The sneaker is the right product for today because it’s a world of rapidity and it liberates women,” says Elbaz. To further update these classic shoes for the modern woman, the design includes some mounted on sneaker soles, instantly giving a refreshing visual contrast, topped off with added functionality. Bags, meanwhile, include top-handle tote bags in neoprene, logo-embossed or metallic leather, each featuring a base with rubber dots inspired by the brand’s iconic gommino shoes.

The ‘Tod’s Happy Moments’ collection will be split into two seasonal drops: The first has just landed in Hong Kong in the form of a pop-up exhibition, where we get to be the first in all of Asia to exclusively get our hands on these Elbaz creations. The pop-up will remain at the Landmark Atrium from now through 16 July only, so hurry over before it heads off to the next city.

Gucci raises funds for victims of domestic abuse amid CoViD-19