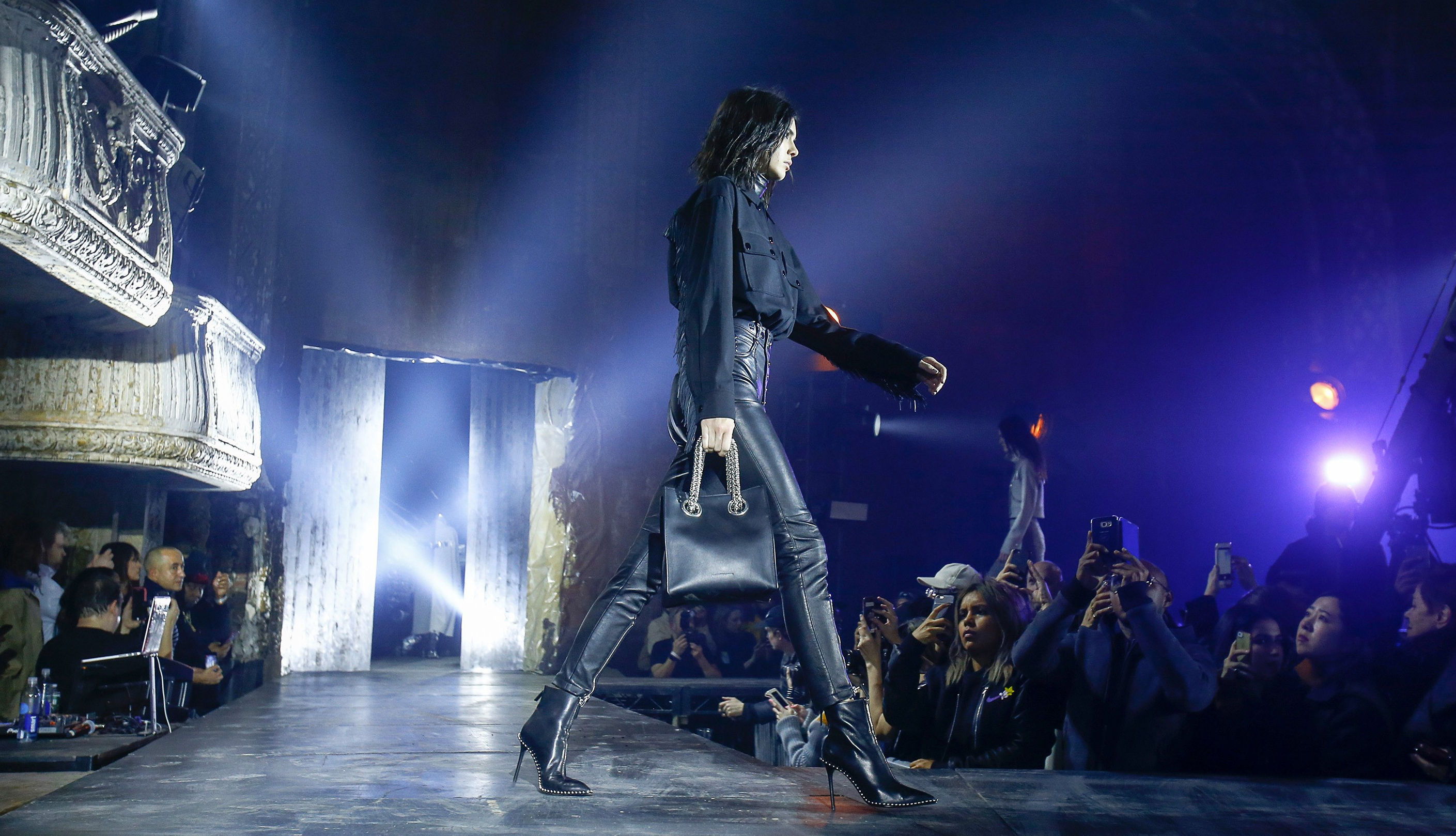 Alexander Wang is known for the fabulous after parties that he throws every season, but for his recent Fall/Winter 2017 runway presentation at New York Fashion Week, he announced on the invites that there would be no such party. Instead, Wang took the fashion crowd to Harlem’s RKO Hamilton Theatre, a location far removed from the rest of Fashion Week. There, he turned his runway show into a spectacle, offering guests Peronis served in plastic cups and floor-thumping music spun by hip-hop producer Metro Boomin.

The raw, elevated, square-shaped stage in the middle of the venue became the runway, where models including Kendall Jenner and Bella Hadid (part of the #WangSquad) stepped out in almost all-black, glam-meets-punk attire comprising sleek black-leather pants, fishnet dresses, dark black jeans, sheer tights, sweatshirts and more. There were also handbags and shoes adorned with rhinestones and studs, which the models confidently dazzled in, all looking ready for a night out. Most prominent, however, was a pair of black opaque tights, emblazoned with ‘No After Party’, that ultimately stole the show.

Wang has also released a ‘No After Party’ capsule collection comprising t-shirts, sweatshirts, shorts and tights all bearing the new slogan. The collection also includes the black sweatshirt Wang was wearing as he bowed on stage following the finale. The collection is already available for purchase at select stores and through the official website.