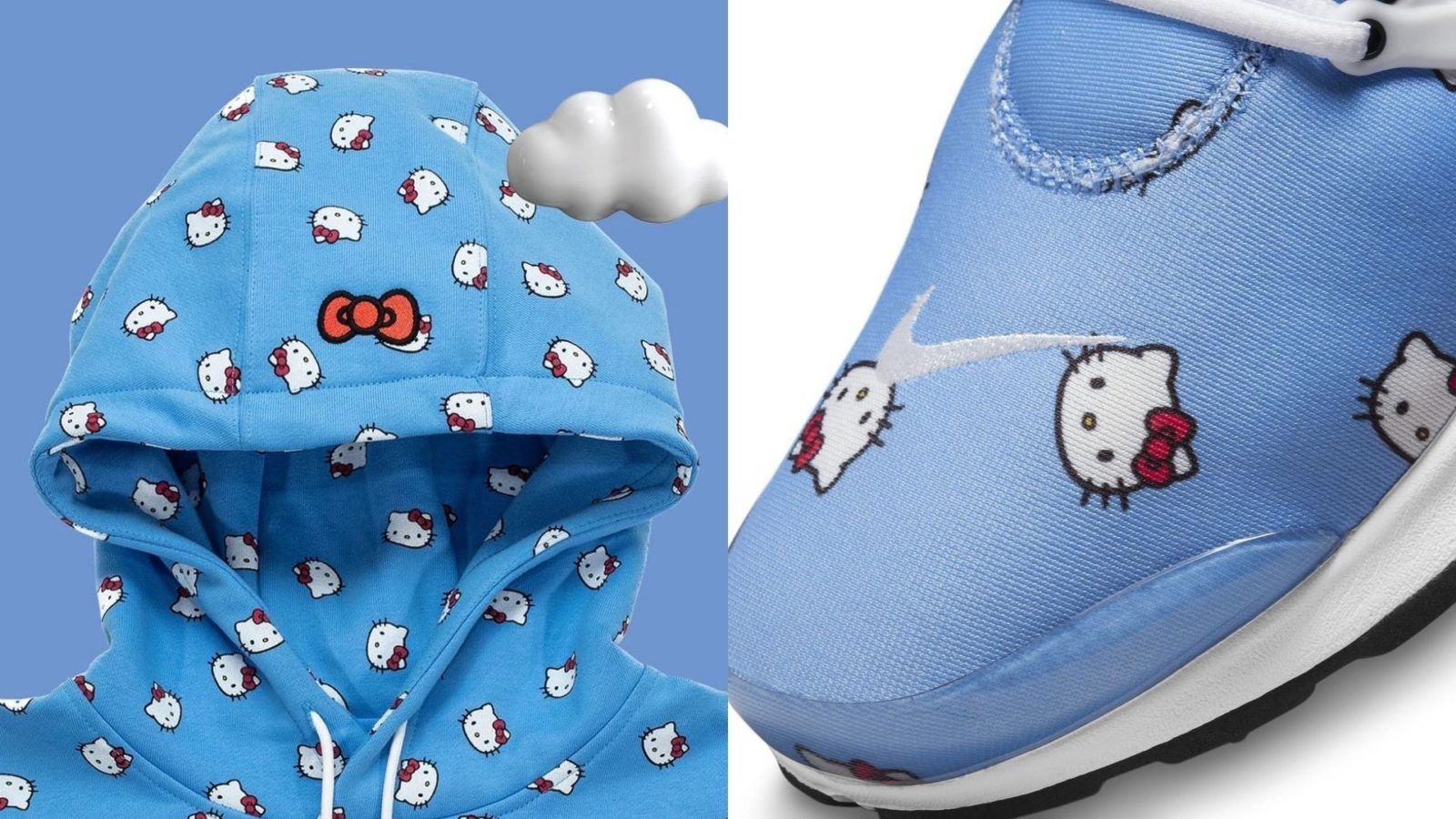 While the collection is slated for a 10 May retail release in Japan, South Korea and other select Asian regions, it will arrive on US SNKRS on 27 May.

Features of the apparel and footwear collection

The Nike Air Presto and Hello Kitty collaboration is centred on Hello Kitty, Sanrio’s prominent character, that appears as a floating monogram print on sky blue cuffed sweatpants, thick cotton hoodies and oversized tees. It also includes a white T-shirt with Nike Air and Hello Kitty branding, which was showcased in January 2022.

A closer look at the exclusive kicks reveals that the upper lining is dyed in sky blue and is adorned with images of the character’s face designed by Yuko Shimizu. What might further attract fans are the side cages and laces that are in a white colourway, complementing a prominent red bow tie atop the sneakers’ tongues.

While the kicks’ insides are made using a delicate black velour material, the insoles are printed with rainbows, green grass and blue skies, taking inspiration from Sanrio’s world. They are packed in a special box that showcases Nike Swoosh logos below the Hello Kitty bow.

In 2004, Nike partnered with Hello Kitty to commemorate Hello Kitty’s parent company, Sanrio’s 30th anniversary. At the time, three pairs of Air Prestos sneakers, which were designed by Steven Smith and Hiroshi Fujiwara, were released. However, they did not launch the sneakers in retail but distributed them to friends and family.

It is exciting to see the duo collaborate again, after almost two decades.

Nike Hello Kitty Nike Air Presto
Moyena Parikh
Moyena loves exploring personal development and spirituality. She believes in the power of words. She is also passionate about food, dancing, finance, and her family.
Lifestyle Culture Entertainment Wellness
Sign up for our newsletters to have the latest stories delivered straight to your inbox every week.