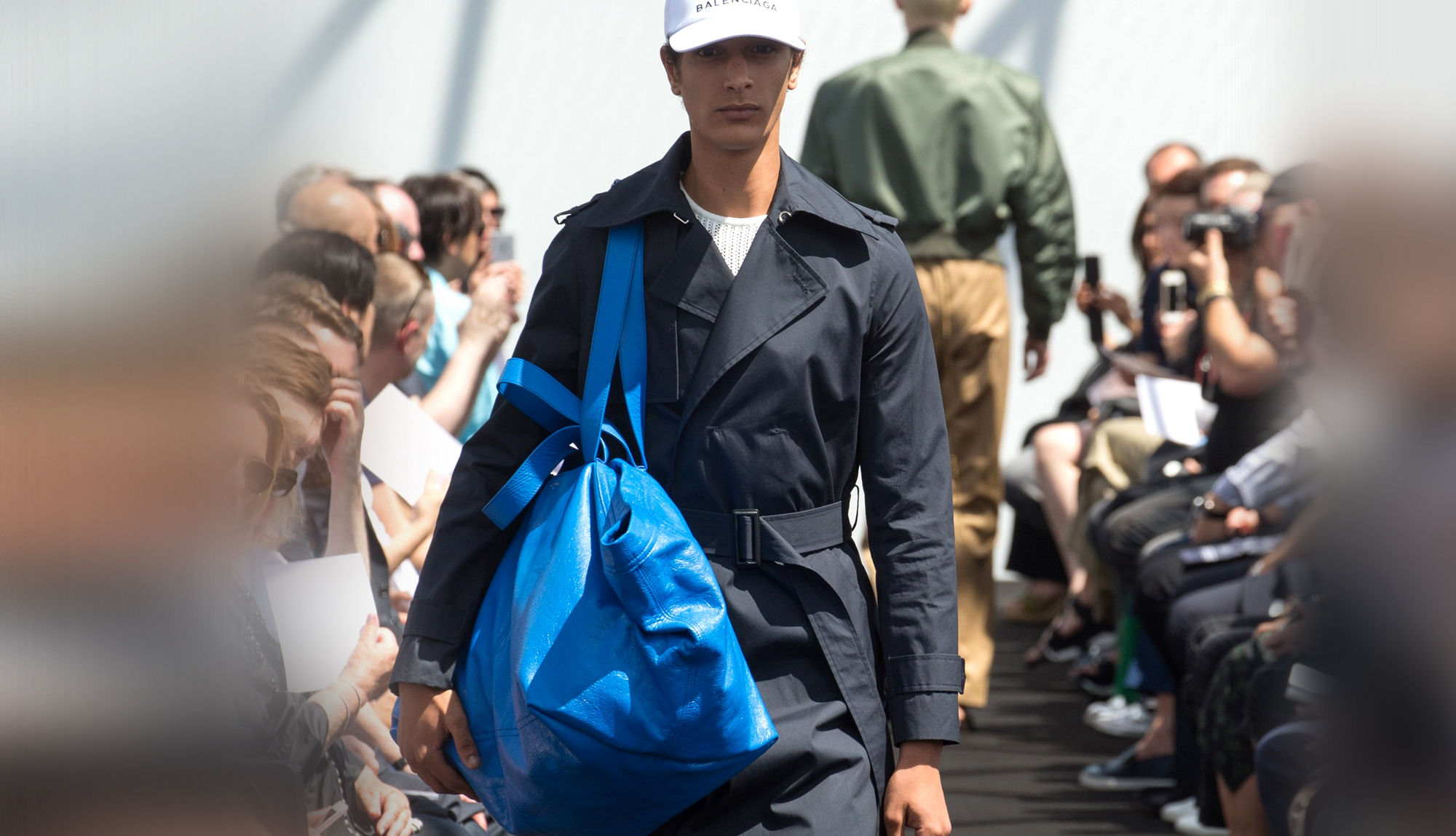 Ikea’s iconic blue shopping bag has just received a high-fashion upgrade from Balenciaga — at least that’s what it looks like.

The brand hasn’t commented on the design inspiration for the new bag, but the similarities are unmistakable. The large Carry shopper bag, priced at HK$17,500 and part of Balenciaga’s Spring/Summer 2017 men’s collection, bears a striking resemblance to the Scandinavian superstore’s HK$5 Frakta carrier bag, with a similar size, shape, colour, and handle design. There’s even the deliberate use of wrinkled and glazed leather, in an effort to mimic the texture of the plastic shopper. However, unlike the Ikea bag, this luxurious version comes with an embossed gold logo and a top zipper, and it’s lined with black fabric, with an additional zip pocket and key ring lanyard inside.

This isn’t the first time Balenciaga’s creative director, Demna Gvasalia, has pulled a high-fashion prank by creating a luxurious version of a cheap, widely known bag. The Bazar shopper, which was featured in Balenciaga’s Fall/Winter 2016 runway show, also caused a buzz for its resemblance to the red-white-and-blue nylon market bags that are often used for carrying heavy goods. And if you look back to his past creations for Vetements — remember the DHL uniform-inspired shirt and the Juicy Couture velour jumpsuits? — it’s clear the designer has a penchant for blending high and low fashion to create what might be called conversation pieces.

The Carry bag, which comes in three sizes and colours, is now available at Balenciaga stores at Harbour City and the airport. So here comes the big question: With the same look but a significant, five-digit price difference, which version would you rather have?