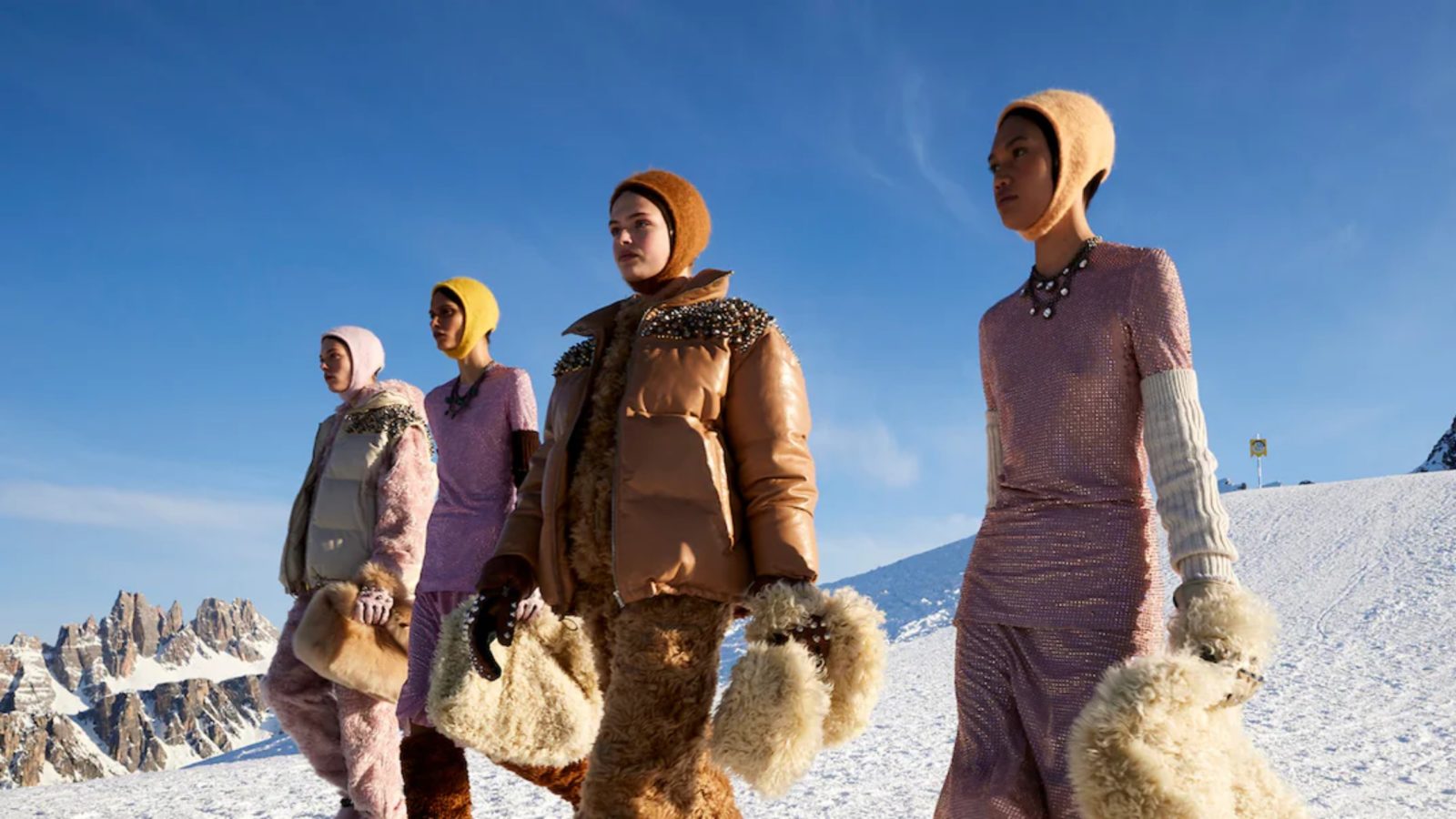 Can’t Feel My Face: 10 TikTok-approved balaclavas to buy this winter

Style
Can’t Feel My Face: 10 TikTok-approved balaclavas to buy this winter
Share this article
Next article

If you’re anything like me, retired Tumblr girl, you might’ve learned the word “Balaclava” from an Arctic Monkeys song. In which case, please DM me, I’d like to be friends.

We’ve collectively decided — as a community; a family — that bank-robbing attire is really how we’d like to start dressing this winter. Though, if you’re a law-abiding, mask-wearing introvert, you might’ve grown attached to the feeling of security a layer of three-ply fabric awards you on ventures into worlds unknown. A balaclava (or, snood, depending on who you’re asking) merely extends the fabric further; to the sides of the face; the top of the scalp; the back of the neck. A 360-degree solution to safeguarding from harsh weather, harsh winds and harsh words from your estranged hair colourist, who hasn’t seen you for the entirety of (gestures) whatever this is.

The full-face face mask tunnelled into our public consciousness when Kim Kardashian showed up at last year’s Met Gala looking like sister Kendall Jenner’s disproportionate shadow. Or some spooky, out-for-blood creature from The Twilight Zone. And the balaclava doesn’t need a Kardashian sign-off to feel decadent, because it wears like something you must’ve rummaged from bygone ski trips (see: decadent) and has a certain… in-between peculiarity to it. It’s not as just-for-utility as those collar-only bibs that get tucked into necklines, but it’s also not quite as workaday as a beanie; a scarf. It poses as a wintry essential, but the unfamiliarity of the design makes it Very Fashion, whether it bills itself that way or not.

Either way, the balaclava — part ski mask, part nightmare — is now a full-throttle It-girl (or boy) accessory; the kind of thing Normal People “can’t” pull off. Or won’t. Or don’t want to. Though, if you’re attempting to do so, please do also wear a face mask with it. Rows of knit and purl stitches are, defiantly, not approved as medical-grade protection.

Face Off The Cold In These Face Warmers:

You may also like…
Style
Finally, Sweater Weather: The 10 best hoodies to buy now
Style
Where to buy the best vintage-style graphic tees online 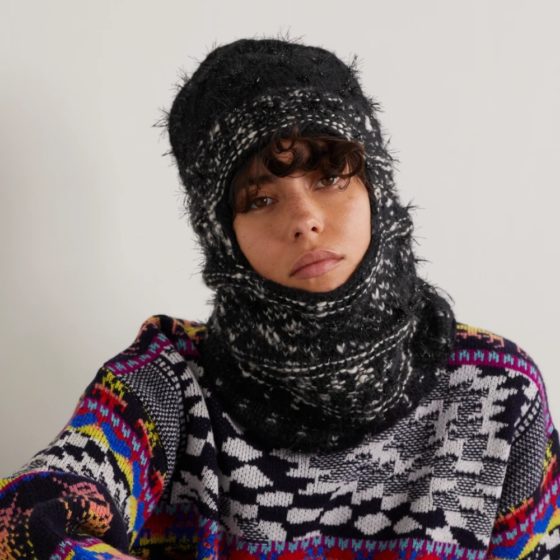 If this is your first go at styling a balaclava, make it easy for yourself with one that’s categorised firmly within the neutrals. This scruffy, bouclé-knit Stella McCartney piece is mostly black with some off-white stitching; a piece that’ll go with everything — be it a bright-blue puffer in the dead of Hong Kong winters (see: balmy), or snowy ski trips elsewhere. 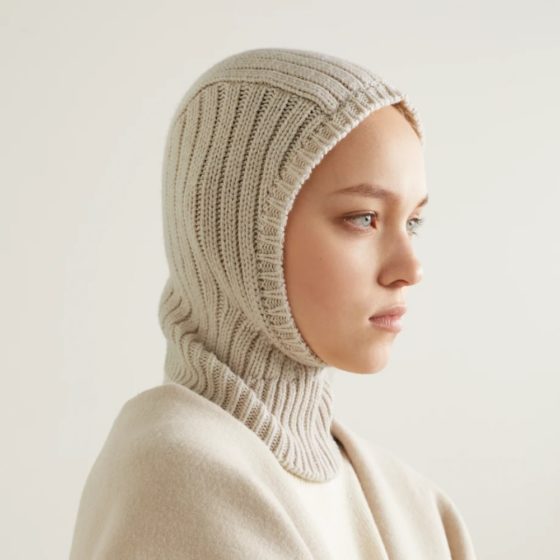 You wouldn’t expect anything less than capital-S sophistication when it comes to any design from The Row, irregardless of the piece’s stature as trending or trend-less. And this very-much trending balaclava is a quiet dedication, with its ivory-white-only colourway and rows of ribbed cashmere knit that gesture at texture — and not much else. The fit of this piece sits snug by the face, and can be worn tucked down by the collar if it gets a bit too snug. 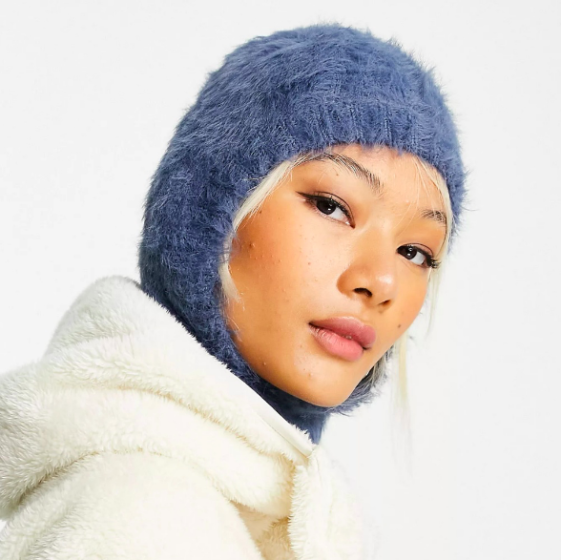 Here’s a word I always use in knitwear copy: hand-feel. And this Weekday ‘Harmony’ snood has hand-feel in droves, with its fuzzy surface that looks like an uncombed coat of an especially scruffy dog. Woof. Try your hand at knitting a pup-sized snood for a twinset IG feature — and watch the likes roll in. 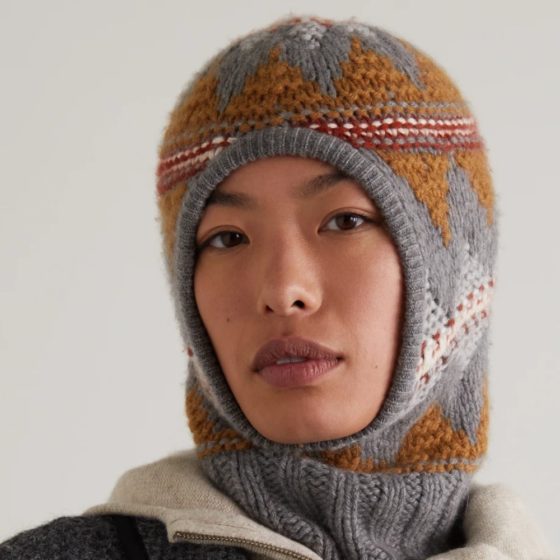 The criss-cross, tartan-adjacent lines that make up an argyle print look entirely at home on preppy autumnal sets for back-to-school and golf tournaments alike. This cashmere balaclava from Loro Piana extends the print scalp-wards — and why shouldn’t it, with the pattern’s British monarchic affiliations, it’s pretty much a crown. 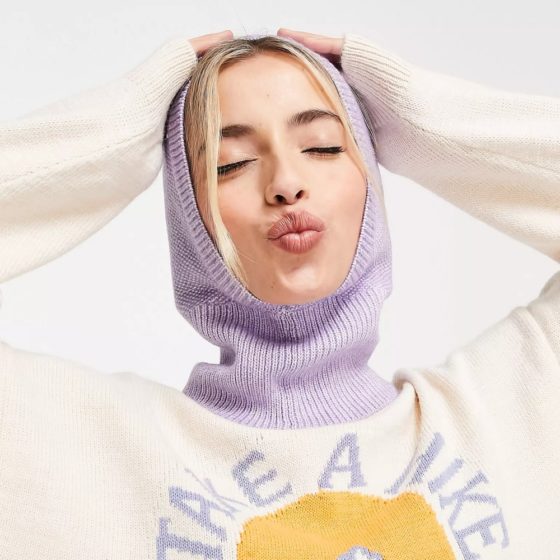 There’s something to be said about approaching, uh, eccentric styles with the same caution you might brandish when approaching a wild animal. You stay safe. Stay close to what you know. Run when things get a little hairy. Monki, though, makes a case for diving into the deep end with their own rendition of a balaclava, cast not in neutrals and greys and blacks, but a fun, cheery lilac. Might as well! 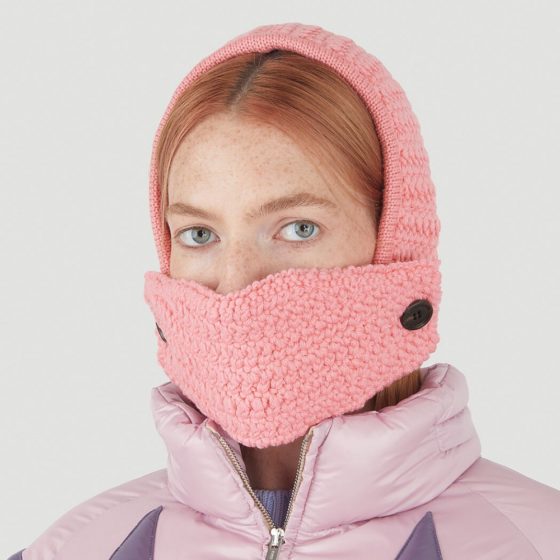 If it’s even more coverage you’re after, this balaclava from Miu Miu toggles on a mouth-to-chin guard — so you can really frustrate your friends when your responses come out all muffled and impossible to hear. Expect lots of “Huh?”, “Speak up!” and “Can you just take off your damn balaclava!” while this piece is engulfing your face mid-conversation. Perhaps the least surprising brand to show up on this list of balaclava-touting designers, Marine Serre — which headlines with close-fitting layers — simply moves on skyward with their moon-emblazoned, second-skin designs; now, enveloping the majority of the head rather than only the square footage of the torso. 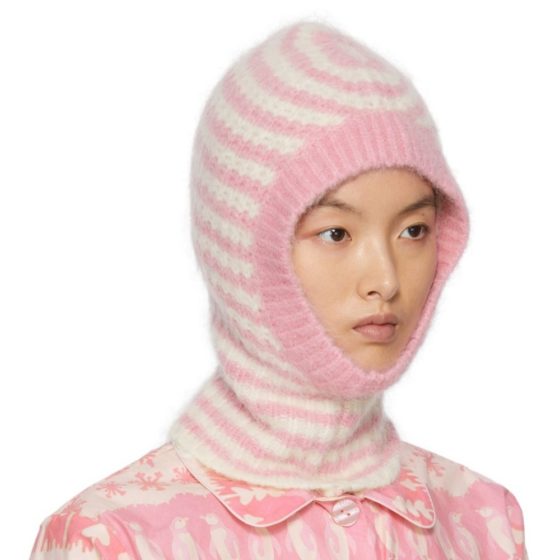 If it’s an enthusiastically candy-like design you’re after when choosing wintry accessories, then this Helmstedt balaclava — rife with Chupa Chups energy — must be the one you’re seeking. And if it’s a sugar-sweet take on a trend that’s just a fair few inches of fabric away from what we’d otherwise consider “felon”, well, we’ll take it. 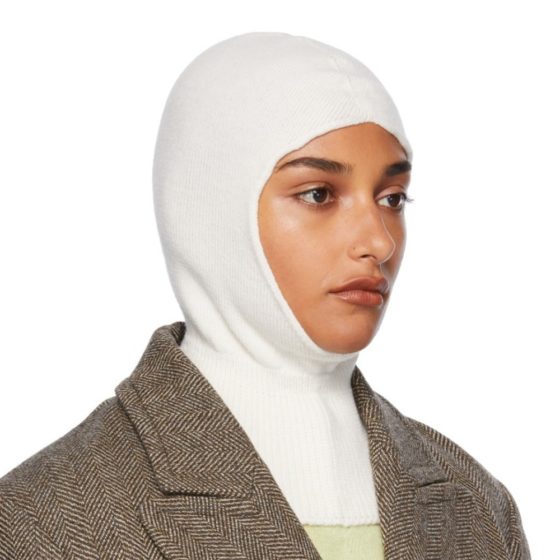 RUS’s ‘Ranpu’ balaclava is a snow white, seamless headpiece knitted from extra-fine soft Merino wool from Italy. The best of the best! This design even has a split along the back to make layering under (and over!) sweaters that much easier. No bulk! Easy peasy. 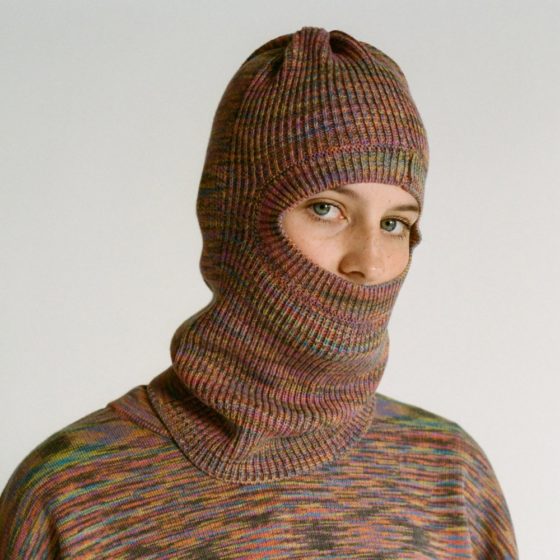 From the right, Aries’ signature ‘No Problemo’ slogan runs through the profile of this balaclava in a bright, neon green; a striking contrast to the piece’s multi-coloured marled spatter. And considering the design’s full-mouth-coverage composition, this kind of close captioning is very welcomed.