Home > Style > Fashion > Bored during lockdown? Your favourite fashion and design brands are here to keep you entertained and inspired 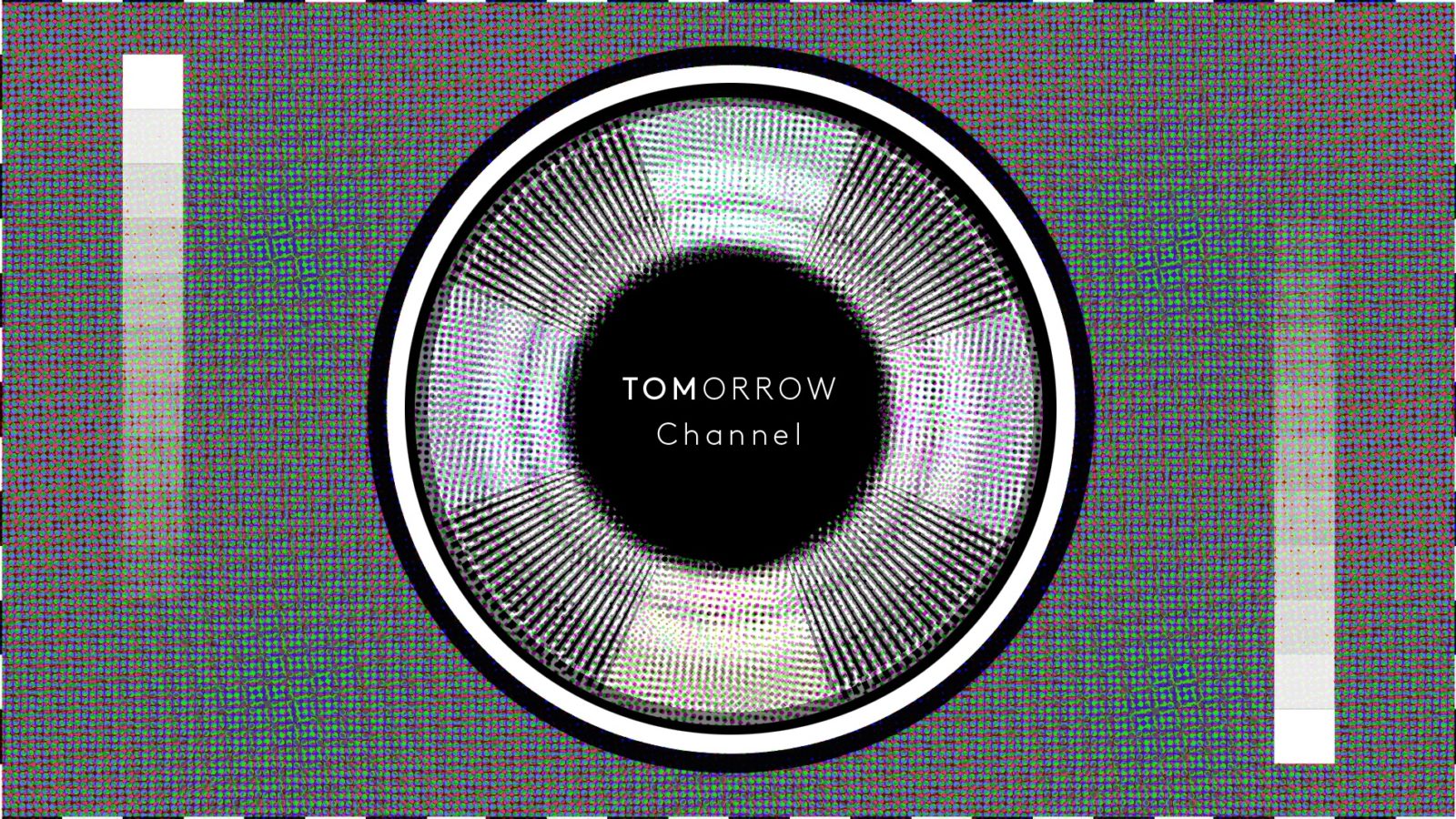 Bored during lockdown? Your favourite fashion and design brands are here to keep you entertained and inspired

Style
Bored during lockdown? Your favourite fashion and design brands are here to keep you entertained and inspired
Share this article
Next article

As we continue to ride through this challenging confinement period, our favourite brands are here to remind us that though we’re physically isolated, there are many ways for us to stay connected with each other and the world.

Scroll down to see how these top brands are working to lift our spirits by keeping us entertained and inspired, from thought-provoking dialogues to live gigs, artistic challenges, Michelin-starred recipes and more. 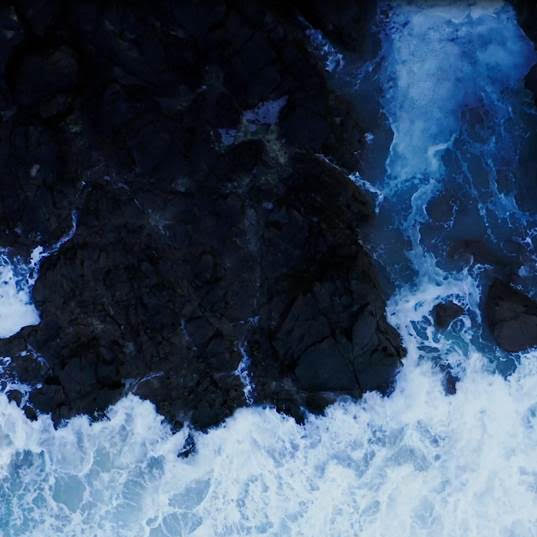 Following the launch of its weekly creativity challenge, Alexander McQueen has announced a new initiative, #McQueenMusic, inviting its fans to stream a nine-hour selection of music taken from the house’s fashion shows via Spotify.

To take it further, the brand is also working with other collaborators — such as Isobel Waller Bridge and the London Contemporary Orchestra, who composed and performed the live soundtrack specifically for the McQueen Spring/Summer 2020 women’s show — to create more music to share with us in the near future. 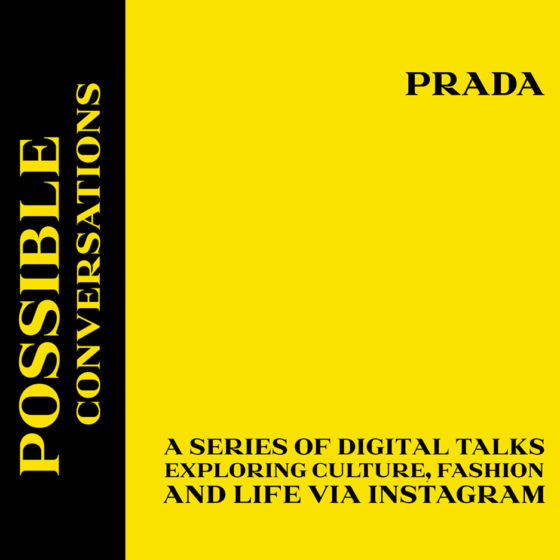 As the world changes drastically to adapt to the ‘new normal’, Prada wants us to not let our social limitations define our discussions. Setting an example, the house has started a Prada Possible Conversation series to bring us live dialogues of thinkers, cultural arbiters and fashion figures across the world over Instagram.

With every conversation, Prada is also donating to UNESCO to support its work in helping student who’s been affected by school closures around the world during the CoVid-19 pandemic. The first one was debuted on 14 April, featuring Pamela Golbin, author, curator and artistic director of Jacquard x Google Arts & Culture Residency and Alexander Fury, fashion features director of AnOther Magazine and Men’s Critic of the Financial Times, who discussed the topic of  ‘Fashion in Times of Crises.’ 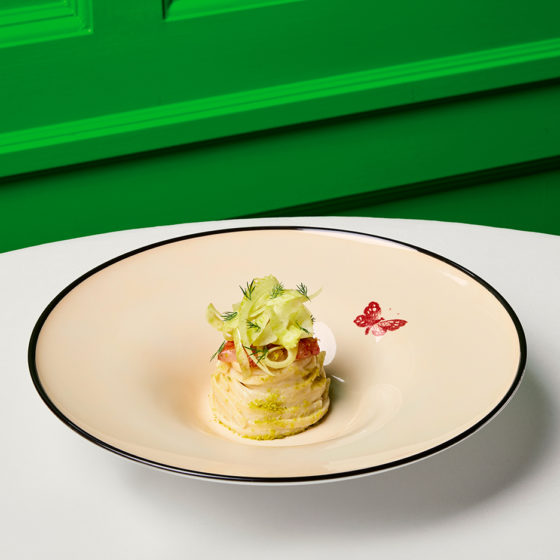 While it isn’t possible to fly over to Florence or Beverley Hills right now for those Michelin-starred cuisines at the Gucci Osteria, there is no reason why you can’t try to recreate the dishes yourselves. The restaurants’ head chefs Karime Lopez and Mattia Agazzi are offering their help, by releasing recipes of their dishes to all, so everyone can have a little fine-dining experience in the comfort of your own home. 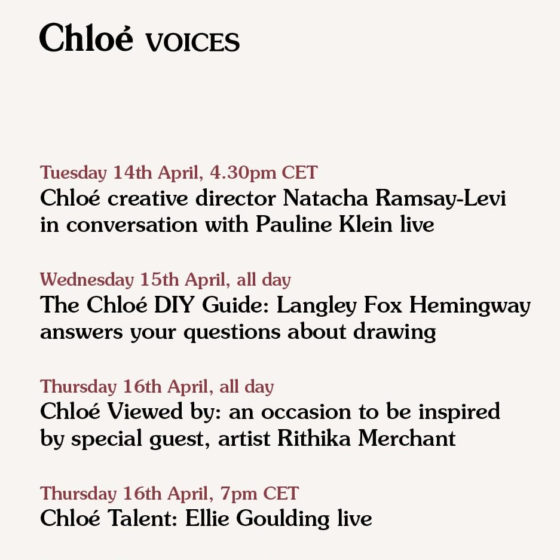 Chloé just introduced Chloé Voices on its Instagram, transforming the platform into a gathering space for singular talents across different creative fields. The brand will interpret inspiring topics with an engaged, unique and spontaneous spirit, including a live chat between Chloé’s creative director Natacha Ramsay-Levi and French writer Pauline Klein on ‘giving shape to new meanings’, a DIY guide where Langley Fox Hemingway answers questions about drawing, an exclusive live performance and Q&A by starring Ellie Goulding and more — all in an effort to bring us inspired moments to reinforce the positivity that is within us all. 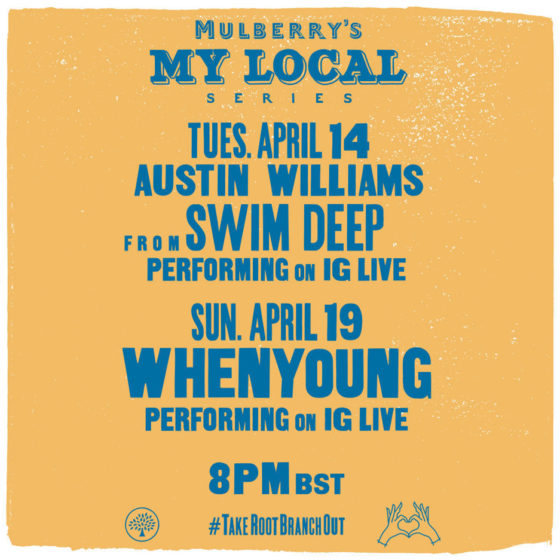 Mulberry has launched a ‘My Local’ series as part of the brand’s Take Root, Branch Out campaign, presenting us with a virtual entertainment of live gigs and interactive daytime workshops by musicians, poets and artists.

There will be a new line-up every week, previous stars included Arlo Parks, Joy Crookes, Alan Power and Austin Williams from Swim Deep. The next live section will be a performance by Whenyoung, which is going to kick off at 8pm BST on 19 April (3am, 20 April, HKT). 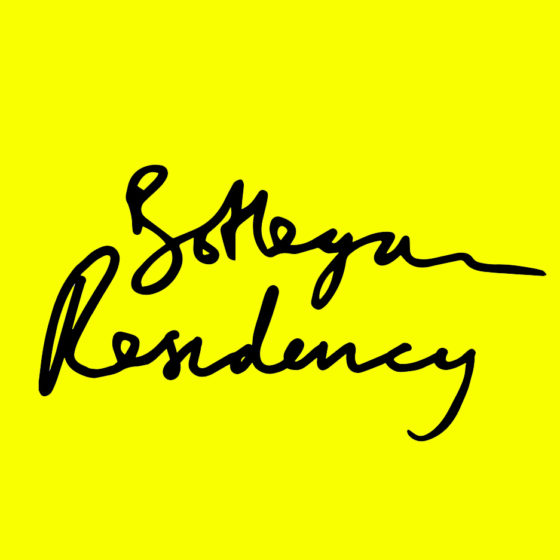 To ease our understandable feelings of uncertainty and fear in the face of isolation, Bottega Veneta has launched Bottega Residency in the hopes to help spread strength, positivity and creativity across the globe.

On weekdays, the brand asks its friends from the creative industries — from musicians, film directors to performers — to share creative works that influenced their lives and touched their hearts, starting with Daniel Lee, the house’s creative director, and photographer and film maker Tyrone Lebon and more. Over the weekend, the brand invites you to enjoy live music performances brought to you by collaborative artists and cooking demonstrations by star chefs, before enjoying a peaceful Sunday with a movie night. Kenzo, at the helm of new creative director Felipe Oliveira Baptista, has also launched a weekly series of live events and contents on its Instagram. Titled #StayhomewithKenzo, the brand aims to inspire optimism and creativity with playlists curated by artists from around the world, creative tutorials from the brand’s artistic friends, TGIF live music sets by musicians and DJs across the globe, as well as quick chats with some of its friends and community. 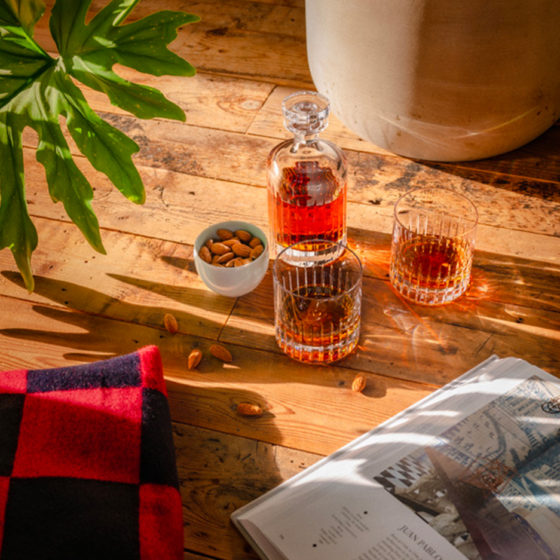 8
At Home with Mr Porter

Mr Porter has developed an ‘At Home with Mr Porter’ initiative dedicated to inform, inspire and respond to those who wish to make the most of our time at home by offering social-led content across a wide range of topics. The programme includes live Q&As on Instagram by Mr Porter’s US editor Chris Wallace with a host of his tastemaker friends (NBA basketball player JJ Redick, French chef Éric Ripert and designer Rhuigi Villasenor, among others) as well as regular Instagram video takeovers by collaborators and creatives such as actor and filmmaker Paul Feig to Michelin-star-winning chef Tom Aikens.

Other than programs on social media, Mr Porter is also sharing both fresh and archival ‘Health In Mind‘ stories on self-care on its website, along with guides and tips on everything from books to read, recipes to cook, styles to wear indoors and plenty more. 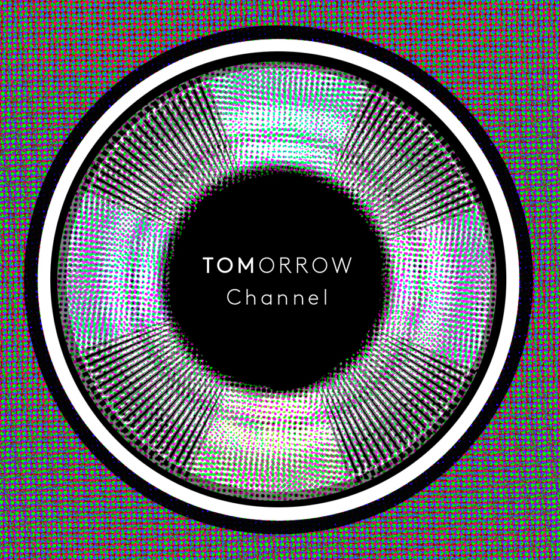 As the coronavirus pandemic struck hard across the globe, the British designer closed down all his shops and offices in London, Milan, New York and LA. His Coal Office restaurant in particular has been turned into a store for best local produce with a daily takeaway menu. The brand has also launched the ‘Tomorrow’ channel, which acts as a collaborative digital platform to keep us entertained, inspired and informed as everyone around the world is in lockdown.

Transmissions on the Tomorrow channel happens daily on weekdays on Tom Dixon’s social channels (Instagram, YouTube) and microsite, with topics that make up the British brand’s DNA from craftsmanship to music and more. You can also expect ‘Newsflashes’ from Tom Dixon’s teams around the world, including China, Italy and America. 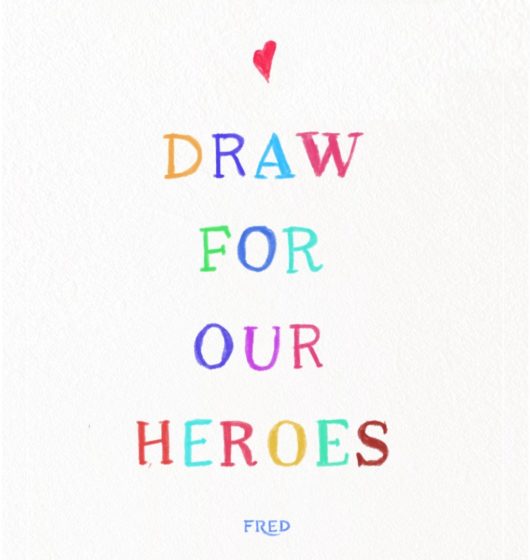 10
Fred: Draw For Our Heroes

Jewellery label Fred is encouraging us to get creative for a very meaningful purpose: to honour medical staff who are risking their lives to save ours. The brand invites us to make a drawing that celebrates doctors and nurses everywhere, and post it onto Instagram with the tags @fredjewelry and #drawforourheroes. Select works will then be reposted on the brand’s own Instagram account, along with a story as a way of injecting a little hope every day in these difficult times.