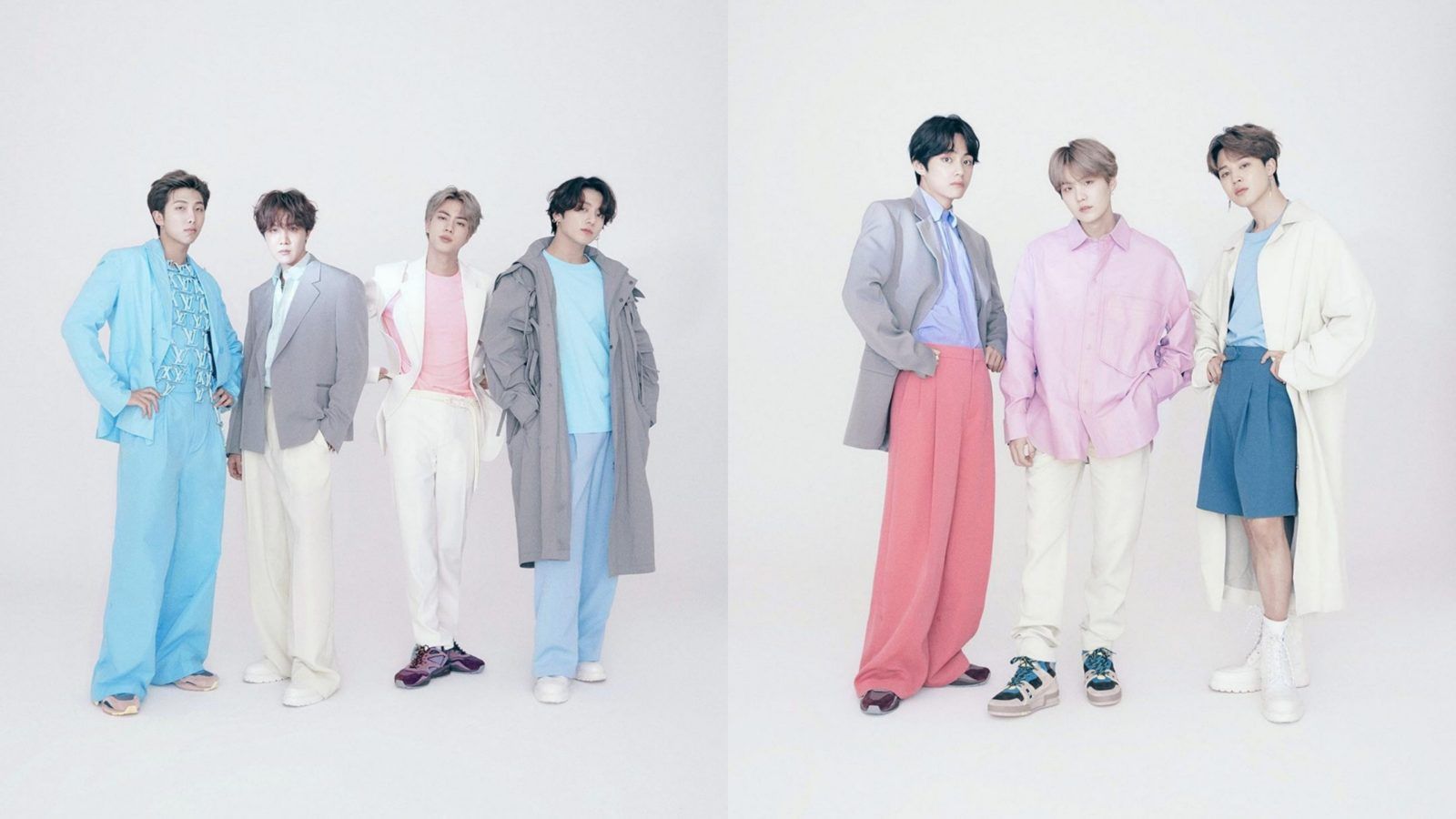 BTS have become the new ambassadors of French luxury brand Louis Vuitton. It marks a new fashion triumph for RM, Jin, Suga, J-hope, Jimin, V and Jungkook, who are known for their casual elegance.

The seven members of boy band BTS were officially introduced on 22 April as the new faces of the Louis Vuitton fashion house. In this latest collaboration, Jungkook, J-Hope, V, RM, Jin, Suga and Jimin will be partnering with the fashion house for projects that are, for the moment, still under wraps. They are expected to appear wearing Virgil Abloh’s creations during upcoming concerts and public appearances.

“I am delighted BTS are joining Louis Vuitton today,” stated Virgil Abloh, artistic director of Louis Vuitton Men’s. “I am looking forward to this wonderful partnership which adds a modern chapter to the House, merging luxury and contemporary culture. I can’t wait to share all the very exciting projects we are working on.” The French luxury label seems particularly pleased to have BTS among its muses, calling the young South Korean musicians “pop icons” in a viral tweet.

Fans of the K-pop group, commonly known as “ARMY,” had already remarked upon a relationship between BTS and Louis Vuitton during the last Grammy Awards ceremony. At that time, Jungkook, J-Hope, V, RM, Jin, Suga and Jimin appeared on the red carpet in tailored suits from Louis Vuitton’s Fall-Winter 2021-2022 men’s collection. A particularly appropriate choice for the seven artists whose looks often oscillate between streetwear and more structured pieces.

While BTS is unstoppable in the charts with each new song or album, the group is also becoming increasingly influential in the fashion world. There are several Instagram accounts and forums on Reddit dedicated to the stylistic evolution of each of its members, particularly that of Kim Namjoon. The musician, better known to the public as RM, was notably named one of the most influential personalities in fashion in 2020 by fashion search platform Lyst. His sleek yet sharp style is a hit at every appearance, as evidenced by the spikes in searches for clothes worn in his music videos and public appearances.

Fashion Style Louis Vuitton Entertainment Kpop bts Korean Fashion
You might also like ...
Style
The real winners of the 2021 Grammys red carpet? BTS
Style
Meet the influential K-pop stars inspiring the world of fashion
Staff Writer
Style
Sign up for our newsletters to have the latest stories delivered straight to your inbox every week.