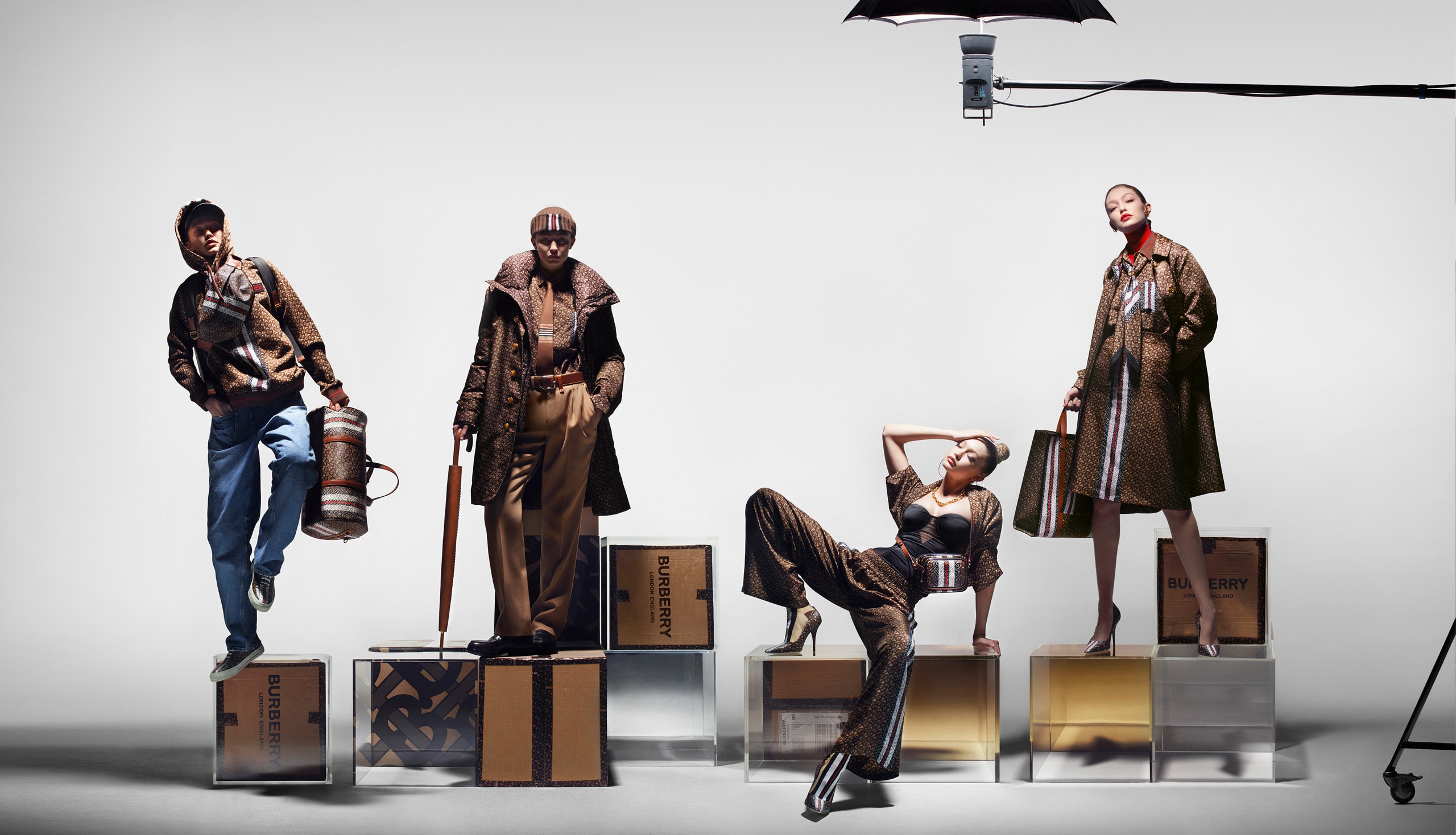 The biggest fashion houses in the world — think Louis Vuitton, Gucci, Dior, Saint Laurent, Valentino and Fendi — all have their own unique monogram, each with an instantly recognisable design that defines the brand’s identity and aesthetic. That’s why, when Riccardo Tisci took over from Christopher Bailey as Burberry‘s new Chief Creative Officer, the first thing that he did was design a new logo and also a monogram for the brand. He did so not only to signal the beginning of his tenure at Burberry, but also to establish a new house code as he set out to steer the brand towards a new, more contemporary and street-inspired creative direction.

Taking it to the next level, Tisci has now spun the monogram — which bridges the old and the new with its modern-looking, interlocking initials of founder Thomas Burberry — into the house’s first-ever monogram collection. The brand-new collection is unisex and comes in an extensive range of products including ready-to-wear items such as an oversized T-shirt, hoodie, nylon car coat and bikini; shoes and bags including a bum bag, backpack, barrel bag, camera bag, sneakers and pumps; and accessories from a silk chignon to a cashmere football scarf and sunglasses. There’s even a non-slip monogram-motif yoga mat, which was created in collaboration with Liforme.

Burberry’s first monogram collection will be available in stores worldwide and online from 22 May.