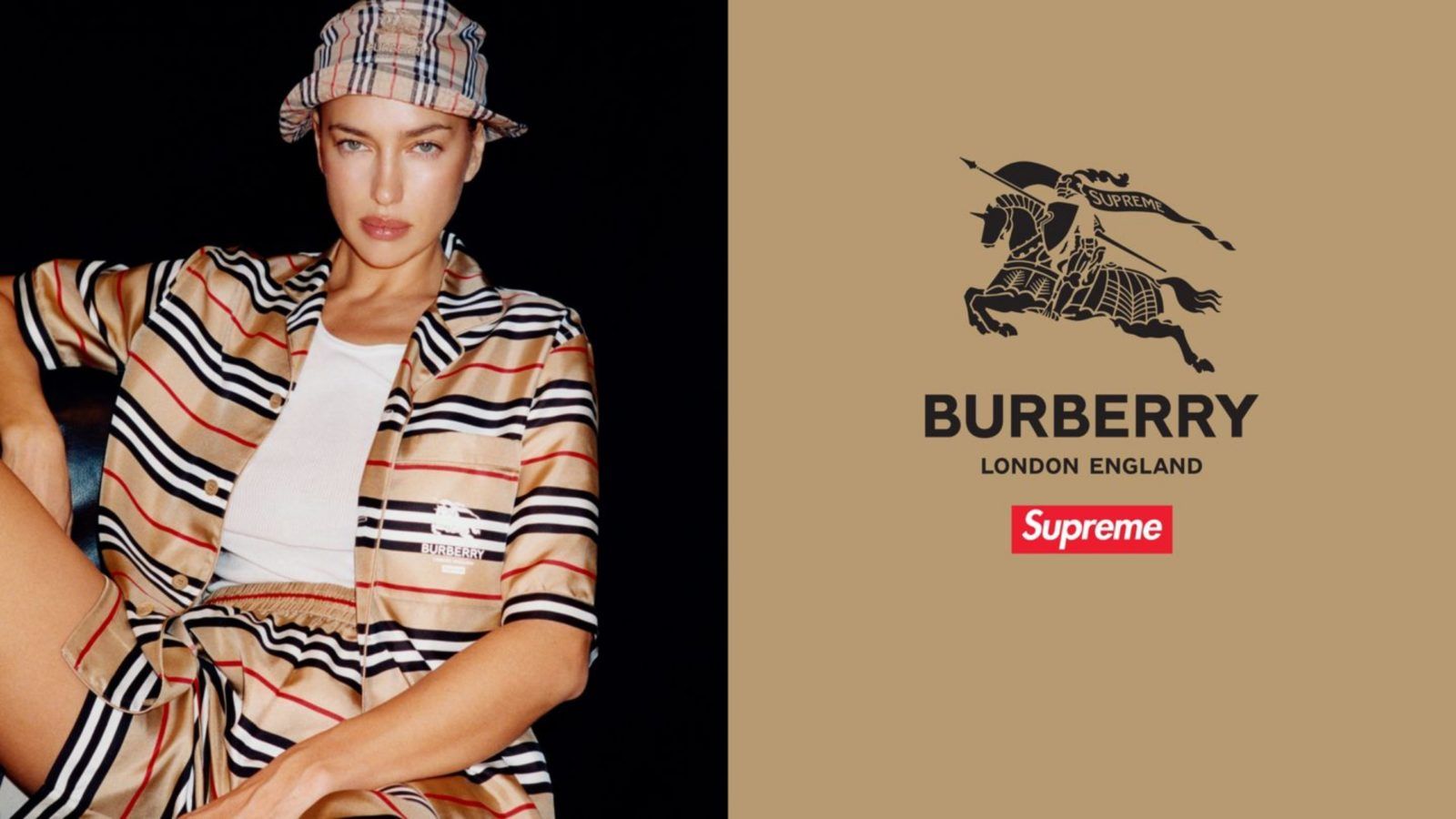 Amassing the likes of very important fashion artefacts like, well, Pokémon, Supreme brushes past history yet again with another addition to their rota of cool, co-branded wares. Ladies, gents and GRAILED re-sellers alike, meet the Burberry x Supreme trench coat.

Following Supreme’s take on the “Return to Tiffany®” key-tag, Supreme heads a little farther from Manhattan’s Fifth Avenue for inspiration. Burberry — synonymous with everything British, rainy-weathered and checkered plaid — is home to the trench coat, but it’s also home to gabardine, the material trench coats are typically made from.

In 1856, Thomas Burberry, then, a former 21-year-old draper’s apprentice, started the empire we still know today in Basingstroke, Hampshire. His mission was simple and, almost, laughably British: to make clothing that protects people from the weather.

Burberry set out to invent gabardine, inspired by local shepherds’ methods of waterproofing their smocks. What resulted from this innovation was a unique proofing process that created a lightweight, hard-wearing, waterproof twill fabric that, then, became the baseline for many of Burberry’s ready-to-wear designs and accessories. This included outerwear and equipment that outfitted the likes of Norwegian explorer Roald Amundsen in the South Pole, British explorer Sir Ernest Shackleton in Antarctica and British mountaineer George Mallory on Mount Everest.

From the military Tielocken coat came the invention of the trench coat, and, thus, history was made.

Burberry x Supreme’s collaboration is as much in homage to the trench coat as it is to the gabardine fabric, for which there are plenty within the capsule, from trench coats in black, beige and pink, to down puffer jackets and bucket hats of varying checkered colourways.

Get The Burberry x Supreme Trench Coat (And More):

The Burberry x Supreme collection drops 10 March for US, UK and Europe; 12 March on Burberry.com, at select Burberry stores and all other regions.

Header and featured images courtesy of Burberry and Supreme

Burberry Fashion Collaboration Supreme lab report
Joey Wong
Editor
Retired Tumblr girl Joey has written her way through fashion trends, youth culture and luxury retail in New York and Hong Kong. Beyond internet adventures tracking down the perfect vintage find, you can probably catch her tufting rugs, swigging back Bloody Marys — her third, probably — and making fastidious spreadsheets about her Animal Crossing island.
Style Fashion Beauty Culture Hong Kong
Sign up for our newsletters to have the latest stories delivered straight to your inbox every week.