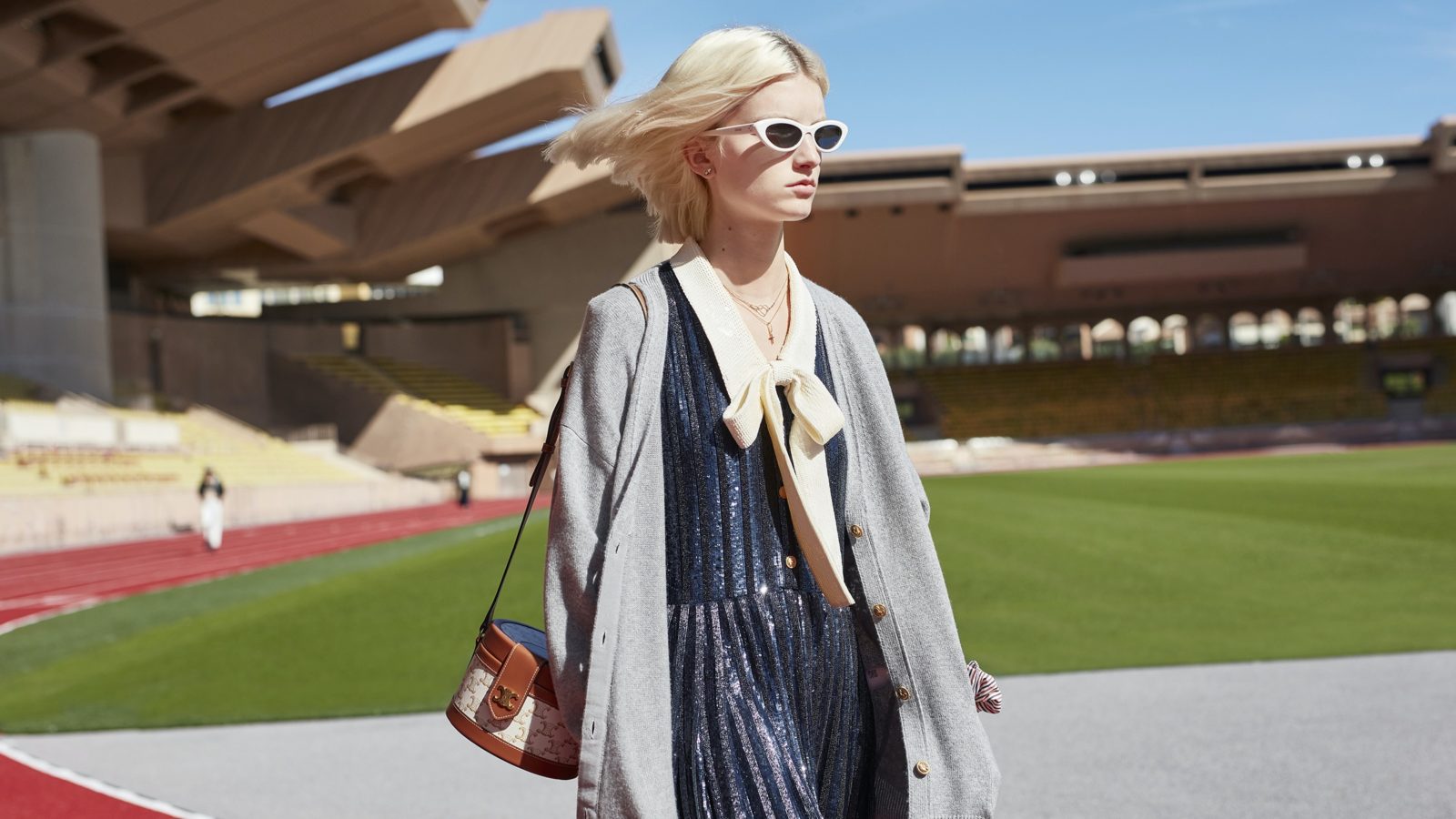 A brand new colourway that bestows a whole new aesthetic.

Monograms are having a bit of a moment. Not just the enduring florals at Louis Vuitton, but retro-revived House codes unearthed from archival depths in particular.

It was evident at Celine with the re-release of the Triomphe Canvas in 2018 by Hedi Slimane. Even more so when the said release found a permanent spot in the brand’s ‘Essentials’ collection. This season, it’s a brand new interpretation, reaffirming its unwavering status in current trends. The triomphe pattern is not a new one, albeit a world away from the refined leatherwork of a very-much-missed ‘Old Céline’, and dates back to 1972.

Now, a momentary pause for a fascinating retrospective on the Triomphe: The back-to-back ‘C’s’ are actually a borrowed emblem from the cast-iron chains that surrounds the Arc de Triomphe, hence its derived moniker ‘Triomphe’. An unfortunate encounter led to profound inspiration when the car of founder Céline Vipiana broke down at the Place de L’Etoile mid-joyride through Paris, and the florid letters (C’s obviously) cast lodged within the centre of each link became first, an inspiration, then, a prevalent motif of Celine through the 70s and 80s.

The Triomphe Canvas in brown and black is probably the more familiar iteration. A darkened, tone-on-tone palette that renders the monogram almost indistinguishable. Faint, quiet and subtle, known only to staunch followers. Then there’s was the Triomphe Embroidery, in black and red, last December, where the monogram found itself under the fine needles of sewing machines, redrawn in admirable 13-hours worth of embroider work.

This latest rendition of the Triomphe Canvas trails a similar path to the rest; a heritage pattern not completely overhauled but rather silently tweaked — a colour switch for this. Deep washes of brown brightens for creamy white, and the now caramel-toned monogram takes centre stage on full visible display — from its curvilinear shape to the neat repetitive rows. It’s a charming interpretation of the age-old emblem. A change of character once rife with only vintage allure; now, softened, dreamy with timeless modernity.

Two new silhouettes joins the rota with renewal of the Triomphe Canvas: The Cabas in large and the Patapans in small. Both a nod towards Celine’s delicate craftsmanship and both so befitting to the wardrobes of everyday. We’re picturing the former on a resort holiday, beachside staycations, while the latter, a spot in city explorations — it’s two-way wear versatility shouldn’t be neglected.

Celine Triomphe Canvas in white will be available from 26 February online and at local boutiques in Hong Kong. Prices start at HK$11,000.

Celine SS21 spring/summer 2021 Triomphe Canvas
Lorria Sahmet
Style Editor
Two years of covering luxury retail later, Lorria is thrilled to continue writing about what she loves best: fashion and food. When not roaming around garden centres hauling back new plants for her indoor jungle, she is most likely hunting down the best fries in the city. She's happiest by the ocean with a fishbowl glass of ice-cold Aperol spritz.
Style Jewellery Wellness Food