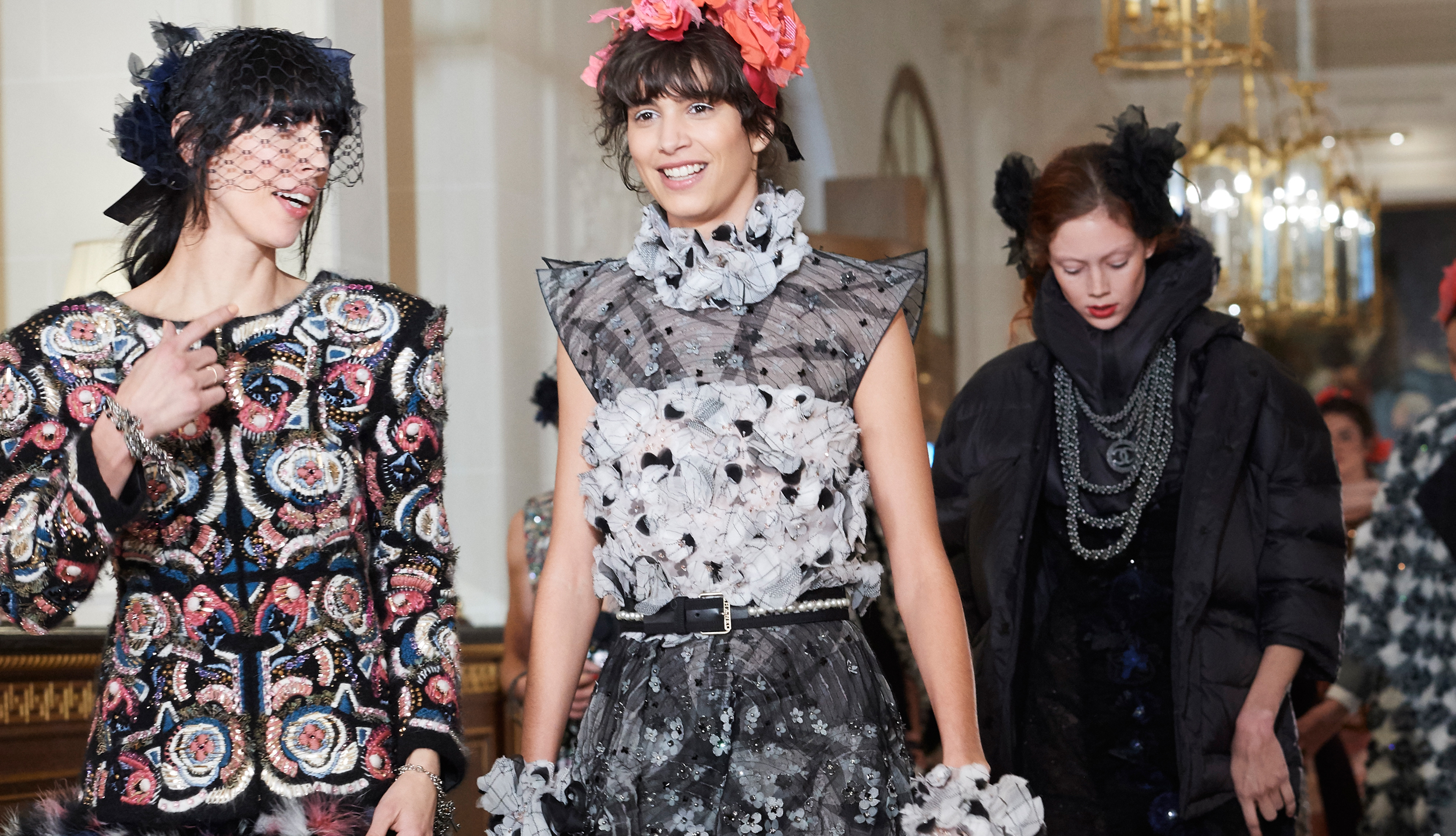 Chanel’s Métiers d’Art: A unique fashion collection you need to know about

Style
Chanel’s Métiers d’Art: A unique fashion collection you need to know about
Share this article
Next article

From a rodeo in Dallas to a castle in Salzburg, a barge in Shanghai and a makeshift street in Rome, Chanel‘s creative director Karl Lagerfeld heads to a different city every year to present the brand’s exquisite Métiers d’Art collection for the world to see. Anyone who knows a thing or two about the way the fashion world runs, however, might notice that this collection doesn’t seem to fall anywhere in the traditional ready-to-wear and haute couture calendars. Wondering why and what this collection is about? Scroll down to find out more.

First of all, what does ‘Métiers d’Art’ mean?
Métiers d’Art is French for ‘Master of Art’. Hence, the phrase signifies that the collection has been worked on by an atelier using exquisite craftsmanship.

When is the collection presented?
Every December, typically the time when every other brand is presenting its Pre-Fall collection. Instead of showing mini commercial collections that fall between Spring/Summer and Fall/Winter like the rest of the fashion industry, Chanel has dedicated this pre-season collection to highlight and celebrate exceptional savoir-faire and the work of artisans at its ateliers. The very first Métiers d’Art collection was presented in 2002.

How does Chanel choose the locations for its Métiers d’Art shows?
Each year, creative director Karl Lagerfeld turns to a different city that either has a significant link to Gabrielle (better known as Coco) Chanel’s life and career, or aligns with Lagerfeld’s vision for Chanel. For instance, Lagerfeld took this Métiers d’Art show to Salzburg in 2014, which was a location inspired by a letter Chanel wrote to French artist Jean Cocteau in 1922, in which she mentioned a summer trip to the Tyrolean Alps in Austria. Other destinations over the years have included Tokyo, New York, Monte Carlo, London, Shanghai, Edinburgh, Dallas, Salzburg, Rome and of course, Paris.

But what’s so special about this collection?
Falling somewhere between haute couture and ready-to-wear, Chanel’s Métiers d’Art is a collection that strives to be as much art as fashion, in which every single detail is painstakingly created by hand at one of the centuries-old ateliers supported by Chanel. From the lace to the braiding, the embroidery and the elaborate feather work, these pieces celebrate and highlight the art of craftsmanship, which is becoming increasingly rare in an era where tastes and demands are constantly changing.

These collections are rather fanciful too, as Lagerfeld reimagines the history and culture of the designated city into modern style creations for the women of today. As he once explained, “It’s made in an artisan way, in the very best sense of that word, because in artisan there is “art”. The art of doing things well. An applied art. And that is truly wonderful.”

So Chanel has its own ateliers?
Yes. In fact, there are eleven of them, and five are currently based in a complex in Pantin in the suburbs of Paris. These savoir-faire maisons include Lemarié (feathers and florals), Massaro (shoes), Lesage and Montex (embroidery), Goossens  (jewellery), Maison Michel (hats and hair accessories), Guillet (corsage and floral decoration), Causse (gloves), Lognon (pleats) and last but not least, Barrie Knitwear (cashmere). Each maison is a global leader in its unique métier and they all have a rich history dating back as far as 1894. Chanel has started acquiring them one by one using the company name Paraffection since 1985, all in the effort to sustain these savoir-faire craftsmanships.

Do these ateliers produce only for Chanel?
No. The purpose of acquiring these maisons is to help preserve artisanal craftsmanship through providing administrative and financial support. Even though they now have Chanel as their owner and permanent customer, they are still expected to remain proactive, and continue establishing relationships with other brands.

What is on offer from the latest Métiers d’Art collection?
Titled ‘Paris Cosmopolite‘, Chanel’s 2016/17 Métiers d’art runway show was held at the newly renovated Ritz Paris, where Gabrielle Chanel famously both lived and died. Inspirations were drawn from the evening dresses that women used to wear to dine at the Ritz in the 1920s and 1930s, resulting in a quintessential Parisian collection that features elements such as silhouettes with well-defined waists and lengthy godets that caress the calf.

Highlights from the collection include new ultra-feminine versions of the iconic Chanel jacket, adorned with braids made from pearls or tweed roses, floral embroidery and Plexiglas buttons. Dominating colours, meanwhile, include cream, white, navy blue and black, along with flashes of red and scintillating golden hues, which all echo with the gilded interior of the grand hotel. “This is about a hotel, in the heart of Paris, where women from the whole world used to come and experience la vie Parisienne even if they weren’t French,” the designer explains.