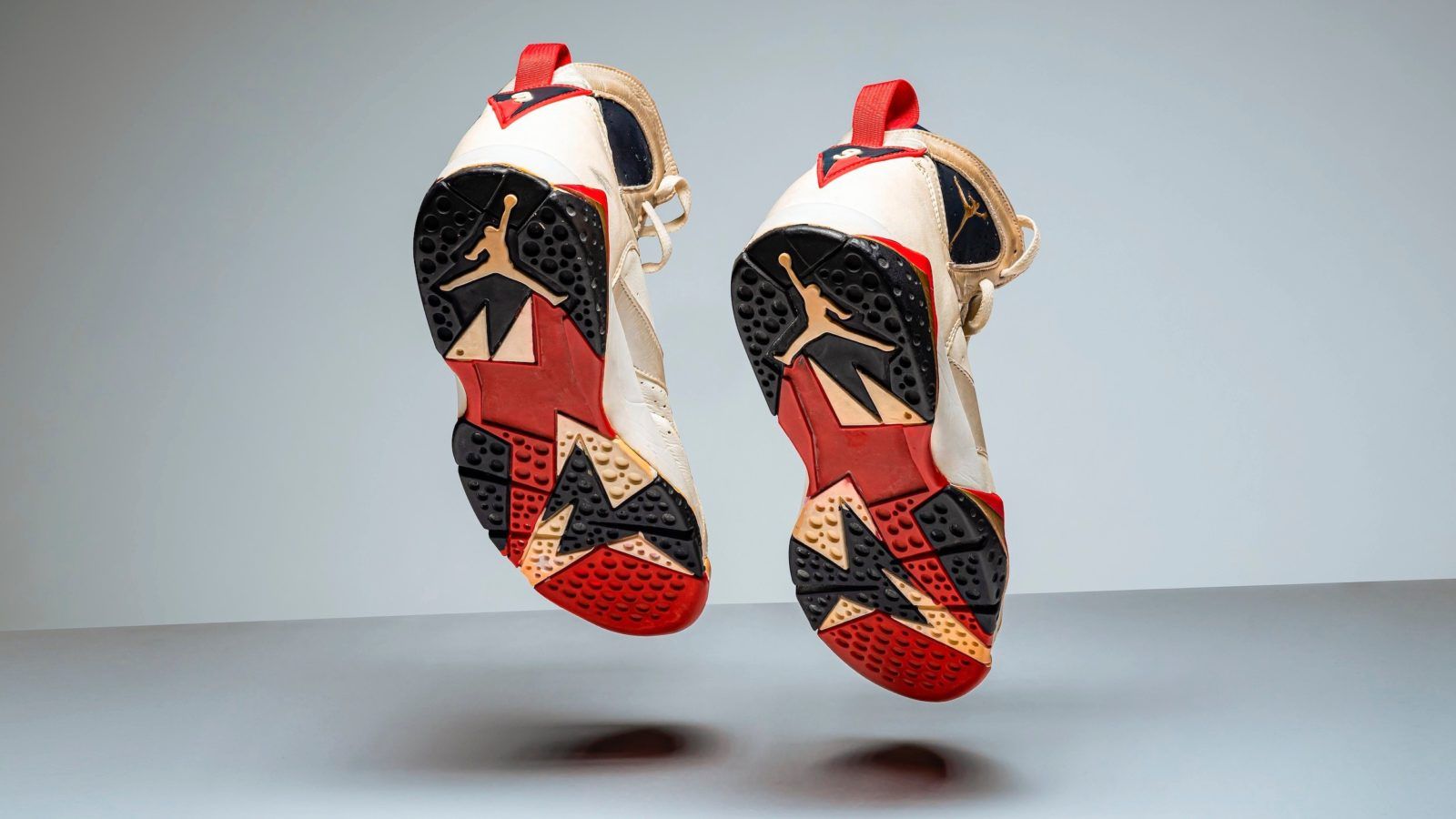 Loved ‘The Last Dance?’ You’ll want to get in on this exclusive sneaker sale by Christie’s

In partnership with Stadium Goods, Christie’s is marking its first foray into a new collecting category of historic and important sneakers. The auction house and footwear brand is jointly hosting three online sales starting this July with lots dedicated to Michael Jordan’s era-defining legacy.

Similar, if not more heated competition is expected to arise from the landmark Christie’s sale ‘Original Air: Michael Jordan Game-Worn and Exclusive Sneaker Rarities.’ It opens for online bids from 30 July–13 August, with 11 one-of-a-kind sneakers worn by the superstar that are among the “rarest of the rare.” It is further described by Christie’s as “the greatest collection of historic Michael Jordan footwear memorabilia ever offered at one time.”

Before the full ‘Original Air’ catalogue is revealed on 23 July, some of the first lots revealed include the ‘Air Ship,’ an MJ Player exclusive from 1984, which was tailored exclusively for him with a left shoe in size 13.5, and a right shoe in size 13. The high tops feature the Air Ship upper and the sole of the Air Jordan 1 — a precursor to the iconic shoe still popular today which was first released in 1985. It is estimated at a price of US$350,000–550,000 (approx. HK$2.7–4.26 million).

You might also like…
Style
The best new sneaker drops to know about in July 2020
Style
Onitsuka Tiger names Willow Smith as global ambassador, with proceeds going to Black Lives Matter

Another definitive shoe being spotlighted at ‘Original Air’ is none other than the one and only Air Jordan 11 ‘Concord’ — with the original white-and-black colourway being sold for an estimate of US$50,000–60,000 (HK$387,562–465,075). A favourite among Air Jordan collectors, this pair was worn by the man himself during the entire 1995–96 season before he switched to the black-and-red colourway for the Playoffs. Modified to specifications with an adjusted toe box and mid-cut collar — they are also triple-signed by Jordan, and a portion of the proceeds from this lot will go to the NAACP Legal Defense Fund, a legal organisation fighting for racial justice in America.

Under the broader umbrella of ‘Gamechangers,’ paying homage to the world of sports, are two other coinciding sales that sneakerheads and basketball fans will definitely want to keep on their radars. ‘The Athlete: Photographs by Walter Iooss Jr.’ reveals a rare selection of 39 vintage photographing prints by the celebrated sports photographer — capturing some of the most beloved heroes across baseball, basketball and American football from the 60s–90s, including Kobe Bryant and Michael Jordan. Bidding opens online from 23 July and ends 11 August.

Continuing this theme of sports history, ‘For the Love of the Game’ is a private selling exhibition exploring the world of sport through the lens of 20th century and contemporary art, with featured artists ranging from George Bellows to Jonas Wood to Andy Warhol. The exhibition runs from 23 July–14 August and highlights can be found online.