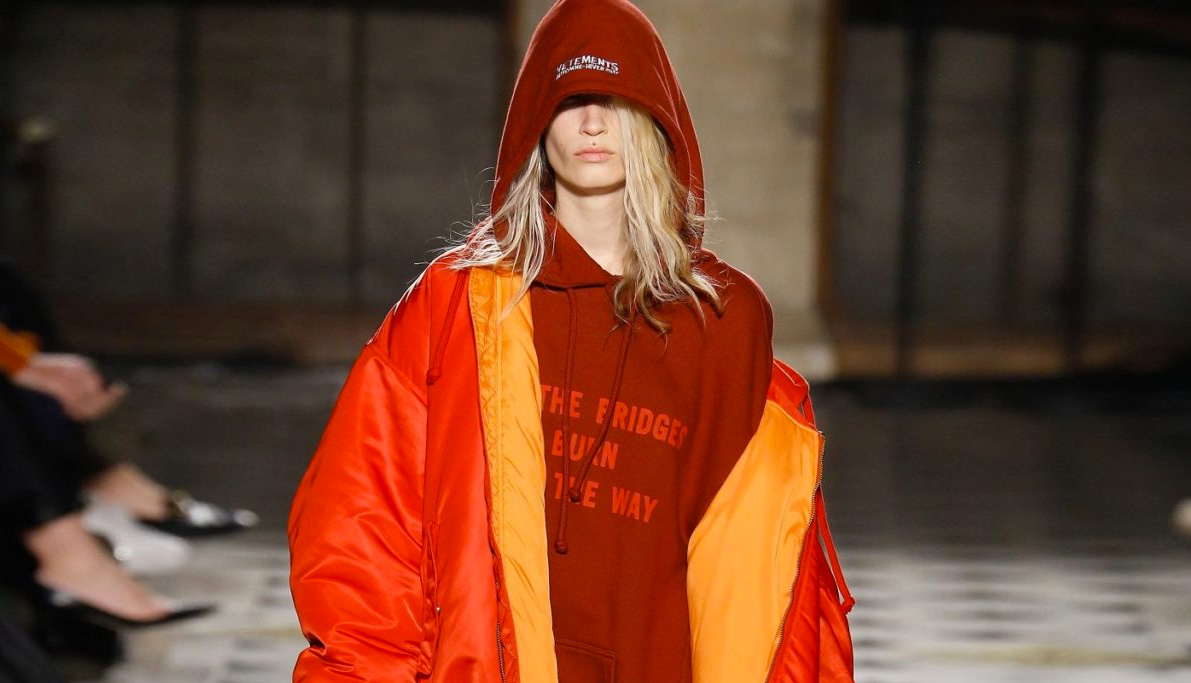 Vetements‘ co-founder Demna Gvasalia — known as one of the driving forces behind the whole streetwear movement in fashion — has just announced his decision to exit his position as head designer from the Zurich-based label. Explaining that he felt he has accomplished what he set out to do with his brand, the designer now wishes to pursue new ventures, while continuing his role at Balenciaga, where he has worked as creative director since 2015.

“I started Vetements because I was bored of fashion, and against all odds fashion did change once and forever since Vetements appeared. So I feel that I have accomplished my mission of a conceptualist and design innovator,” Demna Gvasalia told WWD.

Indeed, when Vetements launched in 2014, the brand did what no one else even thought of doing: It zoomed in on the relationship between consumerism and capitalism, rolling out t-shirts and hoodies that appropriated corporate logos including McDonald’s and DHL, all of which quickly and profoundly disrupted and redefined how the world perceived runway-worthy fashion.

Under Gvasalia, Vetements was an entity that symbolised an ironic approach to fashion (or anti-fashion, if you will) that merged lowbrow pop culture and the quotidian with high-end price tags. It’s a philosophy that many designers have adopted after observing Vetements’ extreme success, particularly after Gvasalia received the acclaimed CDFA International Award in 2017.

Following the departure of Gvasalia, his brother and the cofounder and chief executive officer of Vetements, Guram Gvasalia, will run the brand independently and “continue to push the boundaries even further, respecting codes and the authentic values of the brand, and keep on supporting honest creativity and genuine talent.”

To commemorate the end of an era that Gvasalia so powerfully shaped, let us revisit some of Vetements’ most iconic looks.

Vetements Demna Gvasalia Style News
Lifestyle Asia
Lifestyle Asia
Here's where you can read the latest news and stories from Lifestyle Asia, curated from all of our editions in Hong Kong, Singapore, Kuala Lumpur, Bangkok, India and Paris.
Luxury

Living
7 free workouts you can do without leaving home
Beauty & Grooming
5 of the most influential men’s fragrances of all time
Culture
What to do in Hong Kong this April when you’re staying in
Style
Paris has called off its Couture and Men’s Fashion Weeks
Food & Drink
Support Hong Kong’s drinks industry with these delectable wine and cocktails, delivered straight to your door
Food & Drink
Best Bites: The top 6 dishes we ate in March 2020
Style
Weekly Obsessions: Sleeper’s perfect WFH pajamas, Autodromo Group B Series 2 Safari and more
Food & Drink
5 safe and stress-free ways to celebrate the Easter holiday in Hong Kong
Beauty & Grooming
La Prairie presents the latest chapter of White Caviar with an eye-contouring cream
Sign up for our newsletters to have the latest stories delivered straight to your inbox every week.

Paris has called off its Couture and Men’s Fashion Weeks