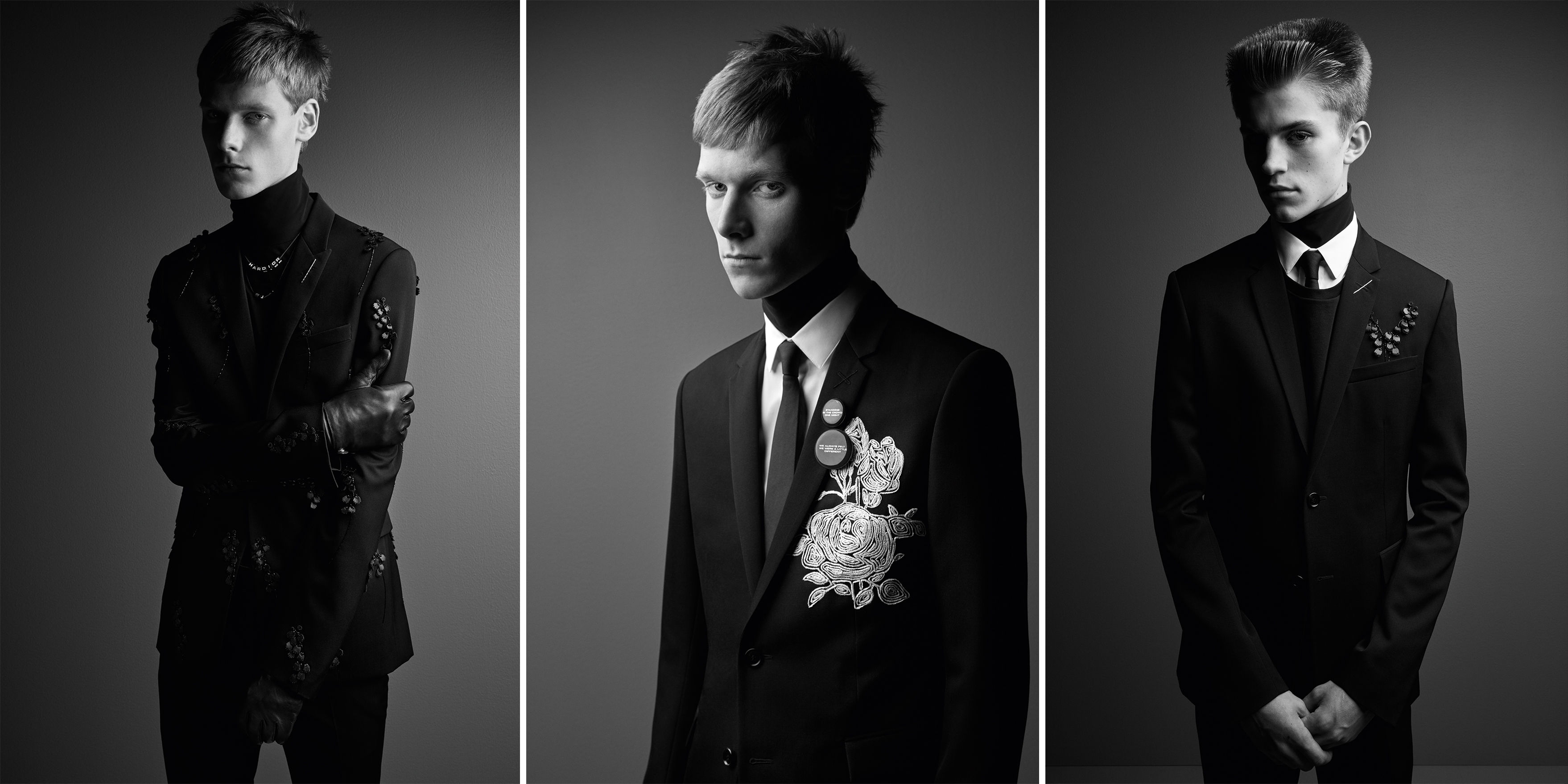 The year 2017 marks Belgian designer Kris Van Assche’s decade milestone at the helm of Dior Homme. He first arrived at the house in 2000 with Hedi Slimane — who he assisted at Yves Saint Laurent — before leaving in 2004 to start his own independent label, only to exit three years later to return to Dior. “It became super exciting for me when I had to quit my own label. It really allowed for me to put much more of myself here,” he said in an interview with Dazed. “I’ve kind of reinvented my role now, so it’s a whole new adventure.”

It’s not the only thing Van Assche has reinvented. Entering a brave new world, Dior Homme’s sophomore Black Carpet capsule collection radically puts the once-archaic tailcoat on a pedestal. When the Black Carpet line debuted last year, it was presented as an antidote to boring eveningwear. Van Assche wanted it to “push [eveningwear] in more extreme interpretations.”

Not stopping at just reworking the tailcoat silhouette, Black Carpet’s Spring 2018 offering reintroduces the cummerbund. For the uninitiated, it’s that broad waist sash even black tie attendees are forgiven for forgetting to wear. Eliminating the cumbersome pleats the cummerbund is generally associated with, the Van Assche-translated piece assumes a sleek, curved look — deploying a seamless visual transition as if it’s part of the trousers.

Then there are embellished jacket styles serving as canvases for a confetti of appliqué leather sequins, clustered bugle beads, or bee embroideries across the breast and collar. Monsieur Dior’s favourite lily of the valley symbol also makes appearances in an understated matte black brooch and all-over embellishments.

So who’s to say you can’t wear your bead-festooned tailcoat or the overlooked cummerbund to your next black tie event without looking like a noughties reject? The rebellious ’tude of whipping them out, just because, is the antithesis of exactly that. This is the new formal.

Style Folio: Jennifer Koh on Orientale and Her Vision of Qipaos