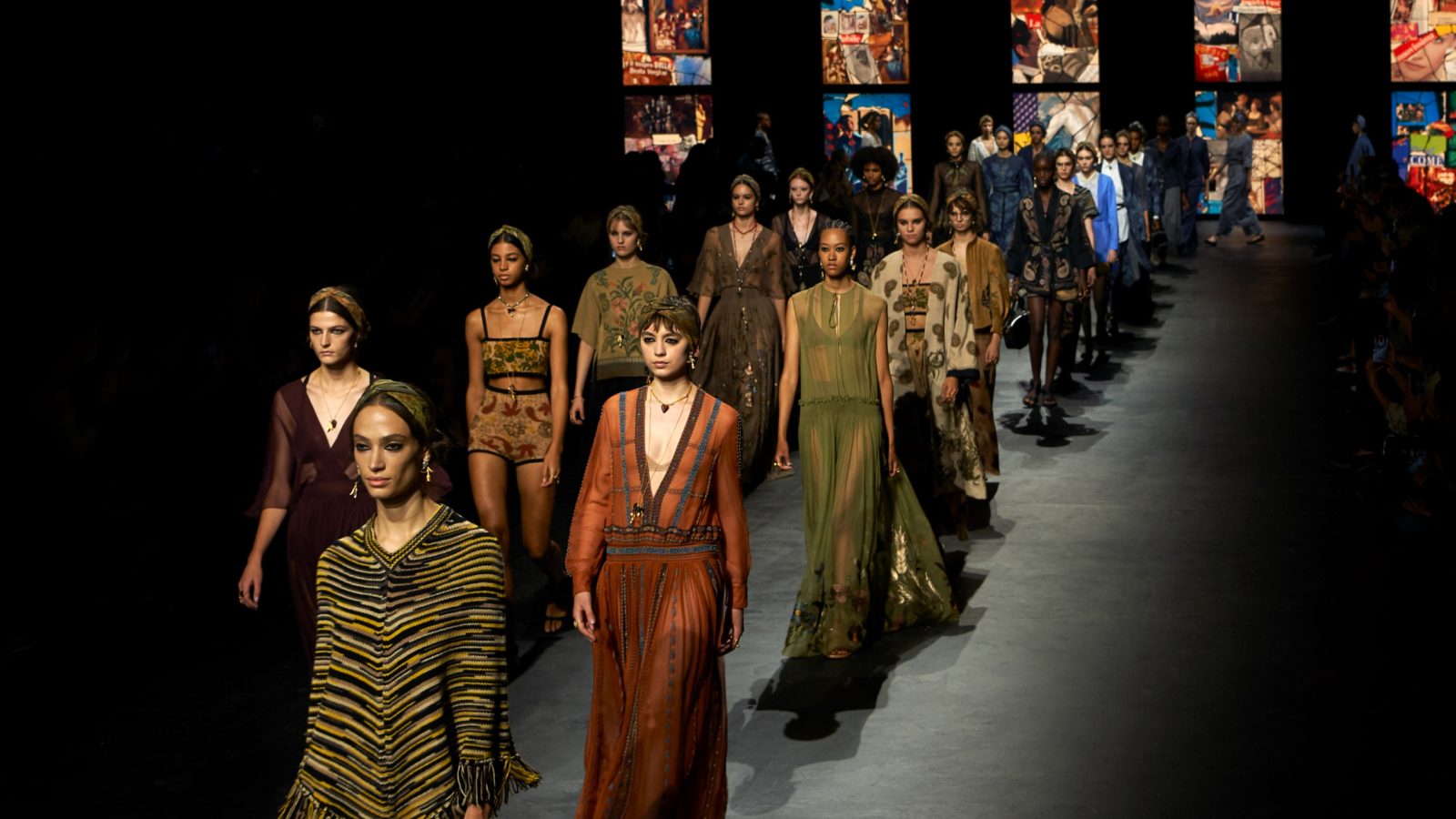 Dior swaddled its models in cocooning kaftans Tuesday to protect them from an uncertain world, in the first big fashion show staged in virus-hit Paris in nearly seven months.

Three hundred masked movers and shakers braved the drizzle to worship at the ‘cathedral of Dior,’ as wags dubbed the pavilion with stained glass windows the mythic French brand built in the Tuileries Garden for the occasion. If the first major live catwalk show in the world’s style capital since the lockdown was meant to be a celebration of fashion, no one told the choir.

A dozen sopranos screeched out an ear-splitting mourning dirge as the models winced by. The mounting atonal music was strangely at odds with the looks, which were mostly comfort clothes to soothe nerves and souls addled by months of anxiety. 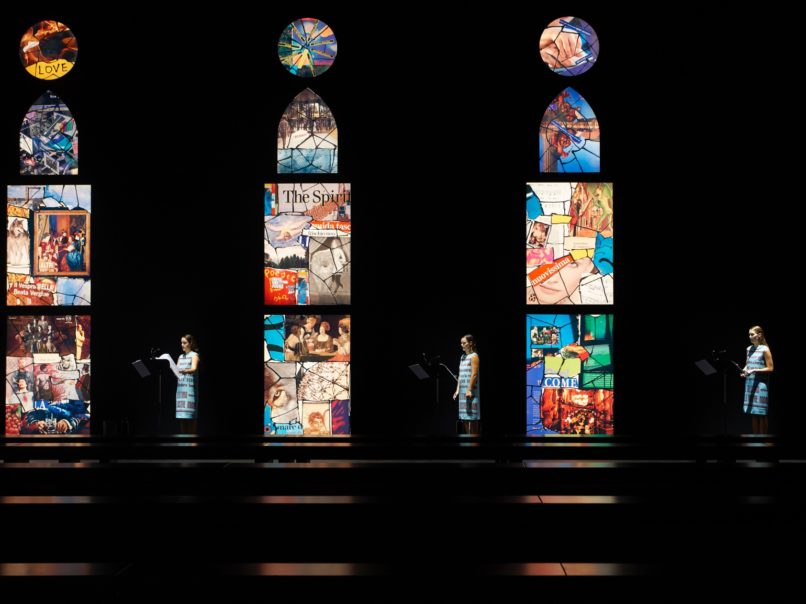 Dior’s Italian designer Maria Grazia Chiuri created a luxury wardrobe to huddle down at home and to reassure — clothes that almost cuddled the wearer. Many had a bohemian 1970s vibe, with floral hairbands worn with large golden earrings.

“We are living a different kind of life, much more private when it comes to our relationship with our clothes, much more personal and intimate,” Chiuri told AFP.

“People want to protect themselves,” she said. Chiuri, the first woman ever to lead the label and an evangelist for feminism, said her ample coats, full-length dresses and loose trousers were about wrapping the wearer in “infinite layers of colour” as the novelist Virginia Woolf liked to do.

She also riffed heavily on the classic men’s shirt and traditional Slavic smocks and tunics, after being sparked by a “simple white shirt” worn by the American feminist writer Susan Sontag. While much of the collection with its Far Eastern and Ottoman influences seemed very un-Dior, Chiuri said one of her starting points was a drawing she found by the brand’s founder showing silhouettes he created for Japan in 1957.

So she took Christian Dior’s classic bar jacket and give it an oriental twist, making it longer and wider and wrapping it with a tied belt at the waist. “The idea was to make a jacket that you feel at home in” and that would be beautiful with comforting colours like burnt ochre, light blue and heathered fabric.

She paired them with subdued dresses and long skirts with paisley and floral tapestry patterns. “We have made something to make you feel good, to give you positive energy in the morning,” Chiuri insisted.

“The colours are varied but very nuanced,” she added.

“We worked on a lot on soft and rustic fabrics like linens and knitted cloth,” commissioning ikat prints from Indonesian women who specialise in the traditional technique.