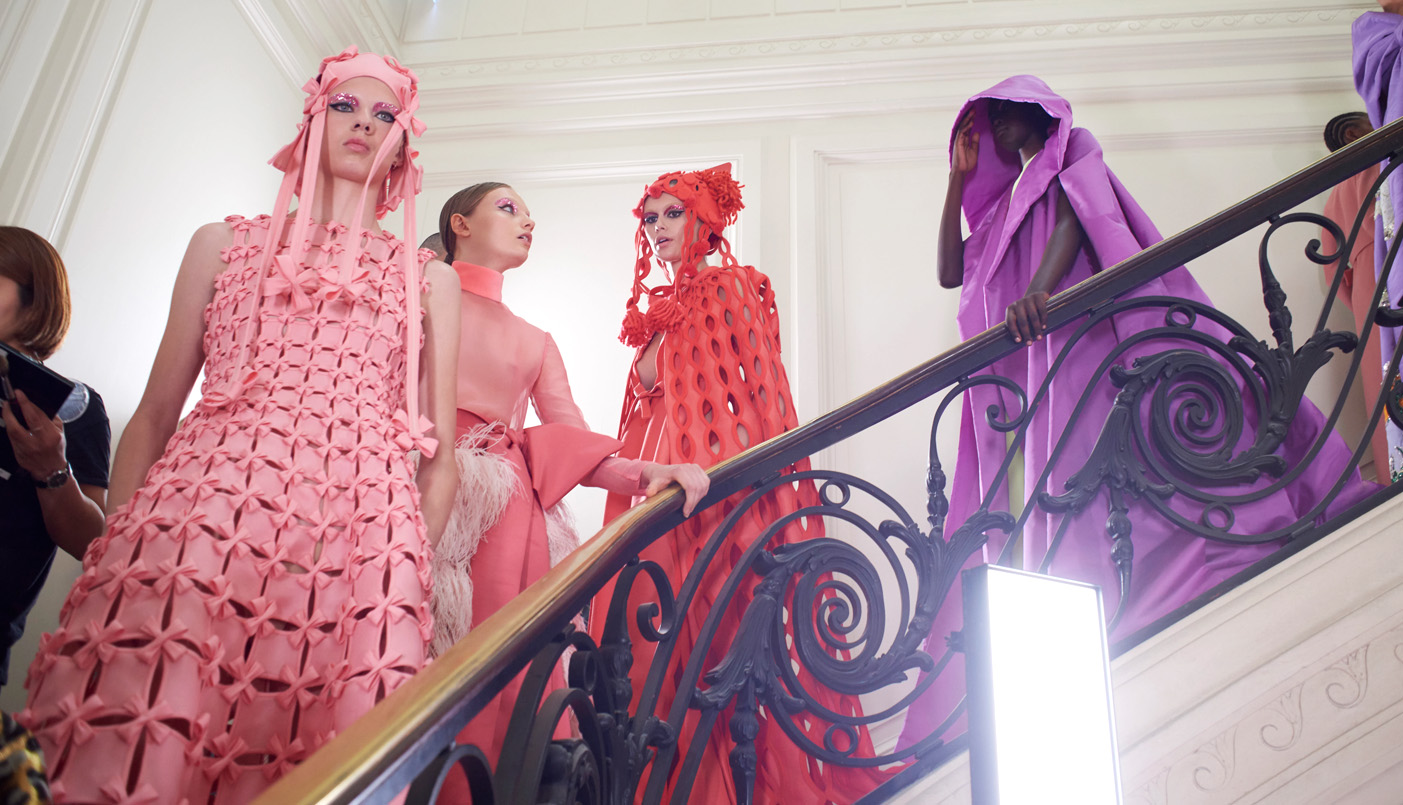 Fall 2019 Haute Couture: The exquisite creations that went down the Paris runways

Style
Fall 2019 Haute Couture: The exquisite creations that went down the Paris runways
Share this article
Next article

Paris Haute Couture Week for the Fall/Winter 2019 season has just come to an end: For those of you who didn’t have a chance to catch all the exquisite creations that went down the runways, we’ve compiled a list of our favourite collections below.

From gowns in vibrant colours and prints inspired by chameleons to the bustier tops covered in acrylic false nails resembling lady bugs, and python-looking rhinestone headpieces that coiled around the neck — we’re in love with Daniel Roseberry’s debut collection as creative director of Schiaparelli, in which he focused on the brand’s obsession with nature, and created one intricate and dreamy piece after another presented in the brand’s signature surrealist style.

While we had doubts about Virginie Viard’s first ready-to-wear collection for Chanel, feedback for her debut haute couture creations has taken an entirely different turn. Presented at a faux-library built within the Grand Palais, the collection is inspired by Gabrielle Chanel’s love of books. It is refined and beautifully pared back (not to be confused with simple), and we are definitely in awe with all the looks.

Though showered with exquisite details that, without a doubt, took hundreds of hours to create, the collection appeared very wearable on the runway. The iconic tweeds, for example, have been crafted into modern-looking designs from a dress suit with puffed sleeves to a belted jumpsuit. Chanel has always been about translating the house codes into languages for the modern times, and we think Viard has definitely aced that job right here.

Is it art or is it fashion? With all the physics, complexities and technicalities that went into play, Iris van Herpen’s collection certainly felt more of the former. Inspired by the shape and movement of American kinetic sculptor Anthony Howe’s spherical, wind-powered Omniverse sculptures that were hung above the runway, Herpen explored “the ongoing dissection of the rhythms of life” as she teamed up with the artist and created 19 visually hypnotising dresses that moved with the wind as models trotted down the runway.

“The idea is that the clothes are a project, a project for the house for your body,” said Maria Grazia Chiuri. Having been deeply inspired by Austrian-American writer Bernard Rudofsk in his 1947 essay Are Clothes Modern?, she explored the “the relationship between Dior and architectural elements” in her latest haute couture collection, which included caryatids that supported the architecture of ancient temples, much like the women of today, who have always shouldered the weight of the world.

A rich, diverse sense of bohemia swept through Zuhair Murad, who presented an haute couture collection that was inspired by the 70s and a woman’s travels throughout North Africa. Naturally, exotic influences appeared everywhere — from the Paisley motifs or prints from Moroccan carpets to dresses in silk muslin belted with the country’s traditional jewellery — taking us on a breathtaking visual journey to the other side of the world.

It’s all about individuality and extravagance at Valentino, which, to Pierpaolo Piccioli, means to embrace diversity and your own roots and culture in the proudest of ways. Such ideas materialised throughout the collection in the form of colours, shapes, flowers, fringes and headpieces. To sum it up: It was one grand party that celebrated the diversity of all cultures along with our common shared humanity.

It was a feathery affair at Givenchy, where we saw a collection filled with glimpses of romantic glamour from another time. Dubbing the collection Noblesse Radicale, creative director Clare Waight Keller inflected the traditions of the house’s haute couture creations with new, theatrical textures and volumes, as she told the story of an imaginary journey through villas, chateaux, and stately homes from the 17th and 18th centuries.