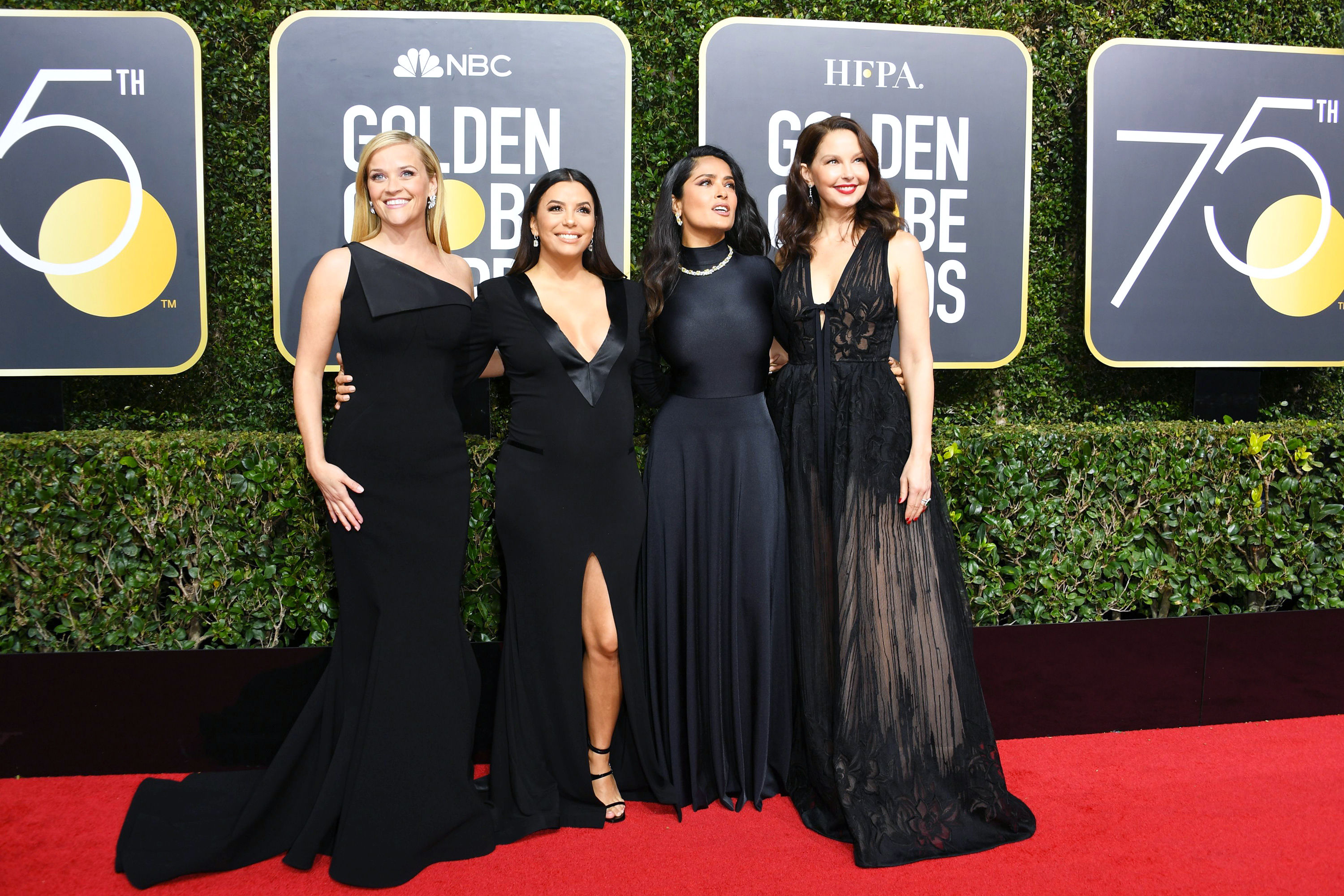 The 75th Golden Globe Awards — which is often seen as a trial run for the Oscars — officially wrapped up just a few hours ago. As always, all style lovers had their eyes fixated upon the red carpet, eagerly waiting to admire the glamorously dressed stars of the night (and critique those who missed the mark). However, unlike the usually colourful mix of gowns and tuxes, something was noticeably different this year: Nearly every star went for black.

From Meryl Streep and Jessica Chastain to Chris Hemsworth and Hugh Jackman, all the biggest names in Hollywood were dressed in the dark hue in solidarity with the Time’s Up movement, which is an initiative started by Oprah Winfrey (who received this year’s Cecil B DeMille Lifetime Achievement Award) that works to fight against sexual harassment in the entertainment industry and beyond.

Limiting themselves to wearing only black, these stars shone even more brightly from the inside-out in a brilliant array of different materials, silhouettes and embellishments. Scroll down to see the red carpet looks we loved.

Though Saoirse Ronan (Best Actress for Lady Bird), Dakota Johnson, Jessica Chastain and Margot Robbie‘s dress selections come in very different styles and designs, one thing they all had in common was elevating black with silver embellishments. We especially love Johnson and Robbie’s choices, which are both adorned with delicate patterns embroidered using high-shine silver sequins, resulting in a striking and whimsical visual contrast.

No, we haven’t forgotten about the men. While most men stepped out in all-black tuxedo ensembles, others donned ‘Time’s Up’ pins to show their support in helping women fight workplace sexual harassment. Kit Harington, Justin Timberlake, James Franco (Best Actor for The Disaster Artist) and many others looked dapper in bowties, but Chris Hemsworth looked extra suave in a suit with subtle prints, paired with an unbuttoned shirt.