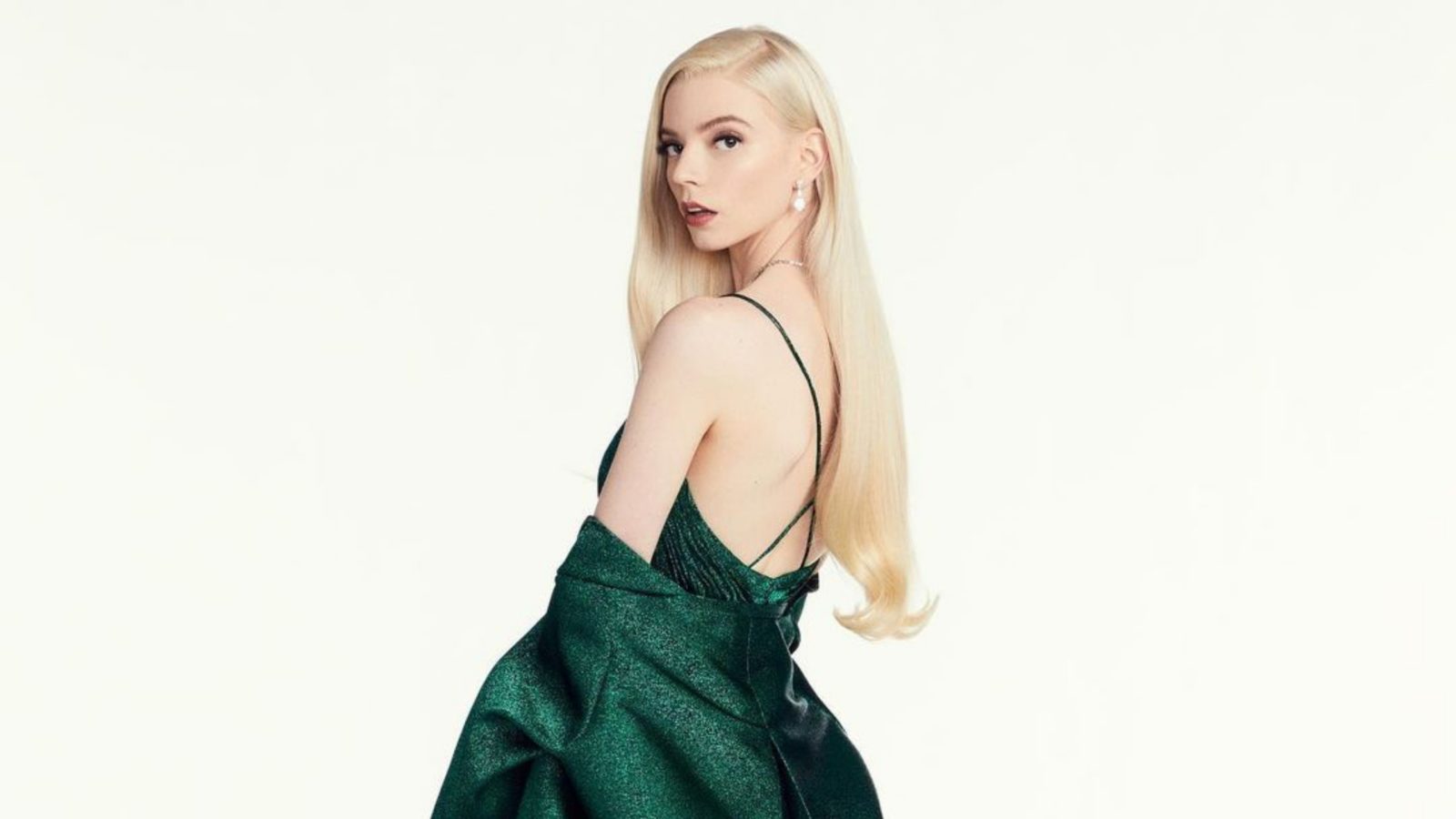 It’s Anya Taylor-Joy in the emerald-green Dior gown, of course.

With the lack of diversity in both its list of nominees and its ruling organisation, the Golden Globes isn’t exactly a reliable barometer of television and film today. (Why else would ‘Emily In Paris’ be nominated at all?)

But what the annual awards ceremony can show us are our favourite celebrities, dressed to the nines in glamorous gowns, sharply tailored tuxedoes and other dazzling designs. Perhaps it’s the nature of this year’s ceremony, being virtual and all, but many Hollywood stars have also enthusiastically stepped up their red carpet looks with custom creations from Chanel, Dior and more.

It’s almost as if those persistent prophecies of us returning to decadence after the pandemic passes are already coming true, what with Anya Taylor-Joy showing up in an emerald Dior ballgown or Elle Fanning channelling Grace Kelly with her Gucci dress. The men cleaned up nicely too: ‘Schitt’s Creek’ star Dan Levy was a vision in a lemon yellow suit, while Riz Ahmed was the picture of understated elegance with his head-to-toe Celine look.

Below, we highlight all the best-dressed celebrities who won us over with their impeccable outfits at the 2021 Golden Globes.

Anya Taylor-Joy looked every bit the winner she was when she received her first Golden Globe for Best Actress in a Limited Series. She wore a green Dior haute couture gown that was meant to be an “homage to both Monsieur Dior and Anya’s characters” in ‘Emma’ and ‘The Queen’s Gambit’, according to her stylist Law Roach. The old-school glamour she exuded was only emphasised by her Tiffany & Co. jewels and her platinum blonde waves, reminiscent of Veronica Lake.

As the star of an upcoming Billie Holiday biopic, it’s not surprising that Andra Day referenced the legendary jazz singer with her custom Chanel gown. You’ll see echoes of Holiday’s chanteuse gowns in Day’s silk tulle dress with a sequin macramé bodice, which was one of the many dreamy creations from the French label’s Spring/Summer 2021 collection.

Both Lady Gaga and Billy Porter were absent at this year’s Golden Globes, but we still enjoyed an over-the-top red carpet look thanks to Cynthia Erivo. The celebrated actress and singer stole the show with a voluminous Valentino dress in neon green, which was wide enough to reinforce social distancing on its own. And if that wasn’t enough, she didn’t slack with her accessories either: she wore leather opera gloves, metallic platform shoes and a Maria Tash nose ring.

‘The Crown’ star Emma Corrin looked every bit the picture of British royalty in her custom Miu Miu gown, which featured puffy sleeves and a ruffled collar. This time, however, she did so without looking like Princess Diana, which is the character she played and won Best Actress in a Drama Series for. Instead, she channelled 1960’s style icon Twiggy with her bold lashes and nude lipstick, which only made her Cartier earrings stand out more.

Emma Corrin wasn’t the only star of ‘The Crown’ to win big at the Golden Globes. Josh O’Connor bagged the award for Best Actor in a Drama Series for playing Prince Charles, and he did so in a beautifully tailored suit by Loewe. It featured a black blazer with contrasting lapels, layered over a white pussy-bow blouse and matching cream trousers — the sort of look Harry Styles would have sported, if he were present.

It’s easy to forget that Elle Fanning is only 22 years old, given both her prolific acting career and how elegantly she pulls off her red carpet looks. Her Golden Globes ensemble was no exception; channelling Old Hollywood icon Grace Kelly, Fanning showed off a custom, mint-green Gucci gown by Alessandro Michele. She kept the rest of her look subdued with a sleek ballet bun and vintage jewellery by Fred Leighton.

‘Schitt’s Creek’ creator and actor Dan Levy had the privilege of being the first star to step out in Valentino’s haute couture for men, which was just unveiled in January. He wore a lemon yellow suit with a matching sequinned top, as well as a pair of metallic silver dress shoes. It was a refreshing change from your typical male celebrity red carpet look, and Levy pulled it off with panache.

Just as she has done with her own acting career (who can forget ‘Gone Girl’?), Rosamund Pike certainly defied all expectations as she picked up her award for Best Actress in a Musical or Comedy Motion Picture for her role in ‘I Care A Lot’. That’s because the British actress wore a bold, red tulle frock from Molly Goddard’s Fall/Winter 2020 collection, complete with combat boots. After all, the red carpet isn’t just a big moment for celebrities; it can also boost the careers of smaller, independent fashion designers like Goddard.

It’s not just anyone who can say they’ve had a cast specially created for them by Prada, which is exactly what Sarah Paulson wore to the Golden Globes. That, and an off-shoulder, 1950’s-style gown that was cinched at the waist by the same buckle belt that we spotted at Raf Simons’ first collection for the Italian fashion brand. The ‘Ratched’ actress also sported a slicked-back ‘do that showed off her Harry Winston jewels.

‘Sound of Metal’ star Riz Ahmed may have lost to the late Chadwick Boseman for Best Actor, but he still gets props for being one of the best-dressed men of the evening. And that’s even without trying too hard, because he sported a relaxed Celine Homme suit with a turtleneck and a pair of white sneakers.

Celebrities Golden Globes celebrity fashion Golden Globes 2021
You might also like ...
Style
Oscars 2020: All the best-dressed stars who dazzled on the red carpet
Culture
What’s streaming on Netflix Hong Kong in March 2021
Culture
What the vintage costumes on Netflix’s The Queen’s Gambit reveal
Culture
What’s streaming on Netflix Hong Kong in February 2021
Lifestyle Asia
Here's where you can read the latest news and stories from Lifestyle Asia, curated from all of our editions in Hong Kong, Singapore, Kuala Lumpur, Bangkok, India and Paris.
Luxury

6 pieces we love from Gucci and Balenciaga’s surprising collaboration

The best sneaker drops to know about in April 2021