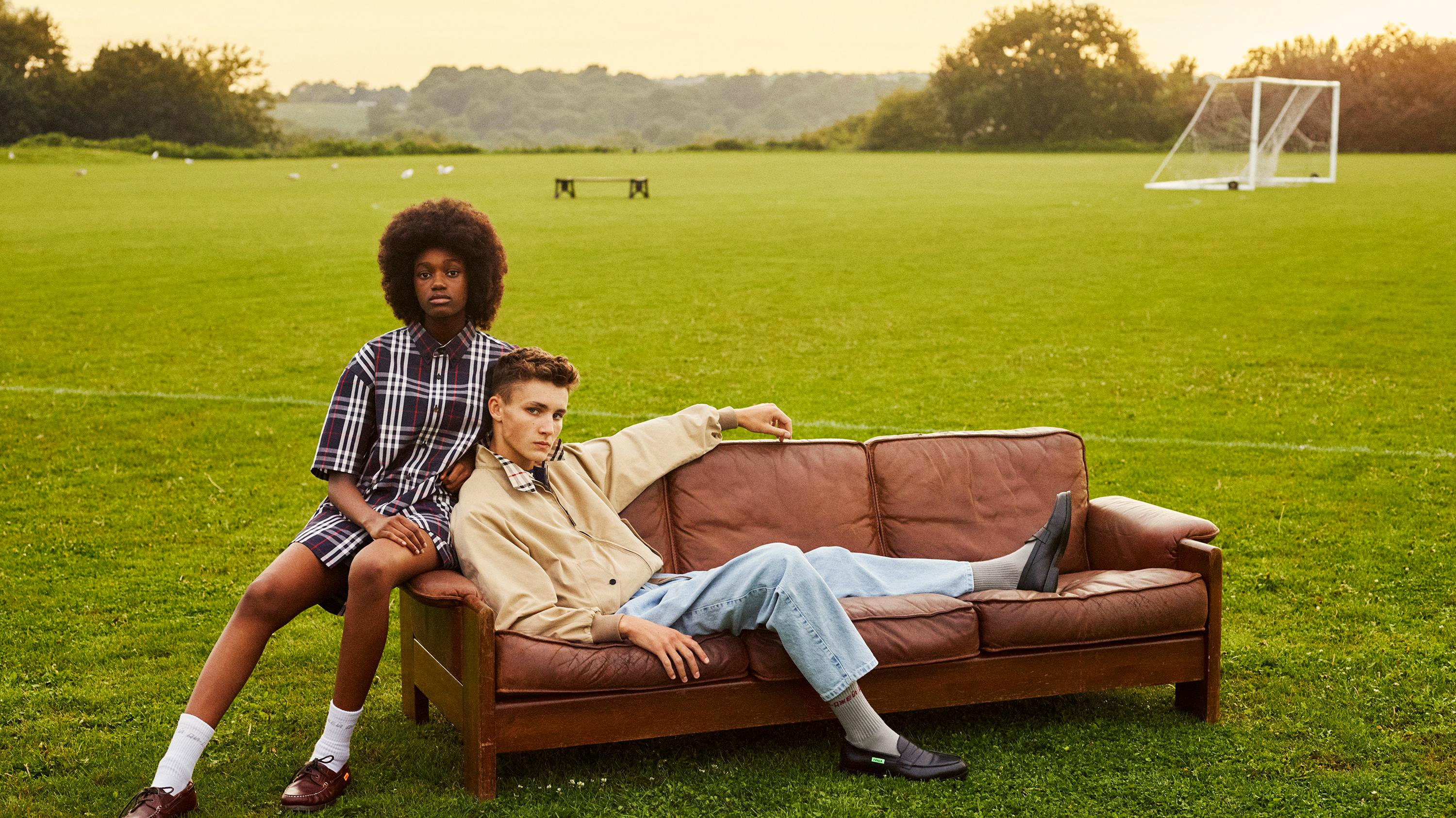 Last June, as everyone was focusing on the menswear shows at London Fashion Week Men’s, Russian fashion designer and photographer Gosha Rubchinskiy made a surprise move in St. Petersburg, Russia, where he revealed a special collaboration with Burberry during the Spring/Summer 2018 menswear collection presentation for his eponymous brand.

Inspired by the ’90s youth culture and the legacy of British football in Russia, Rubchinskiy worked closely with Burberry’s president and chief creative officer Christopher Bailey to create this eight-piece limited-edition capsule collection, which offers a modern streetwear spin on Burberry’s most instantly recognisable classics such as trench coats, short-sleeved shirts, tailored shorts and hats (designed in partnership with British milliner Stephen Jones).

Burberry’s iconic checkered pattern can, of course, be found throughout the collection, which includes outerwear pieces such as a signature two-tone gabardine trench coat that has been reimagined in an oversized fit, complete with Gosha’s embroidered initials for an urban spin. Other highlights include a reversible Harrington jacket, a reconstructed car coat with check cotton-twill bib front, as well as a bucket hat, baseball cap and duckbill cap that all come with detachable ear flaps.

When asked what it was that initially sparked the collaboration, the designer told The Financial Times in an earlier interview, “It’s because of St Petersburg. It was the first city in Russia to have football, in the 19th century. It was introduced by English people, so I thought let’s do something with an English brand. I thought, which brand is most iconic. It’s Burberry. It suits many things in the collection, like underground electronic music, like football, England, Russia, club culture.”

The Gosha x Burberry capsule collection will be available for purchase globally from 11am on 6 January 2018, both online and in selected stores including Burberry’s Pacific Place flagship store in Hong Kong.