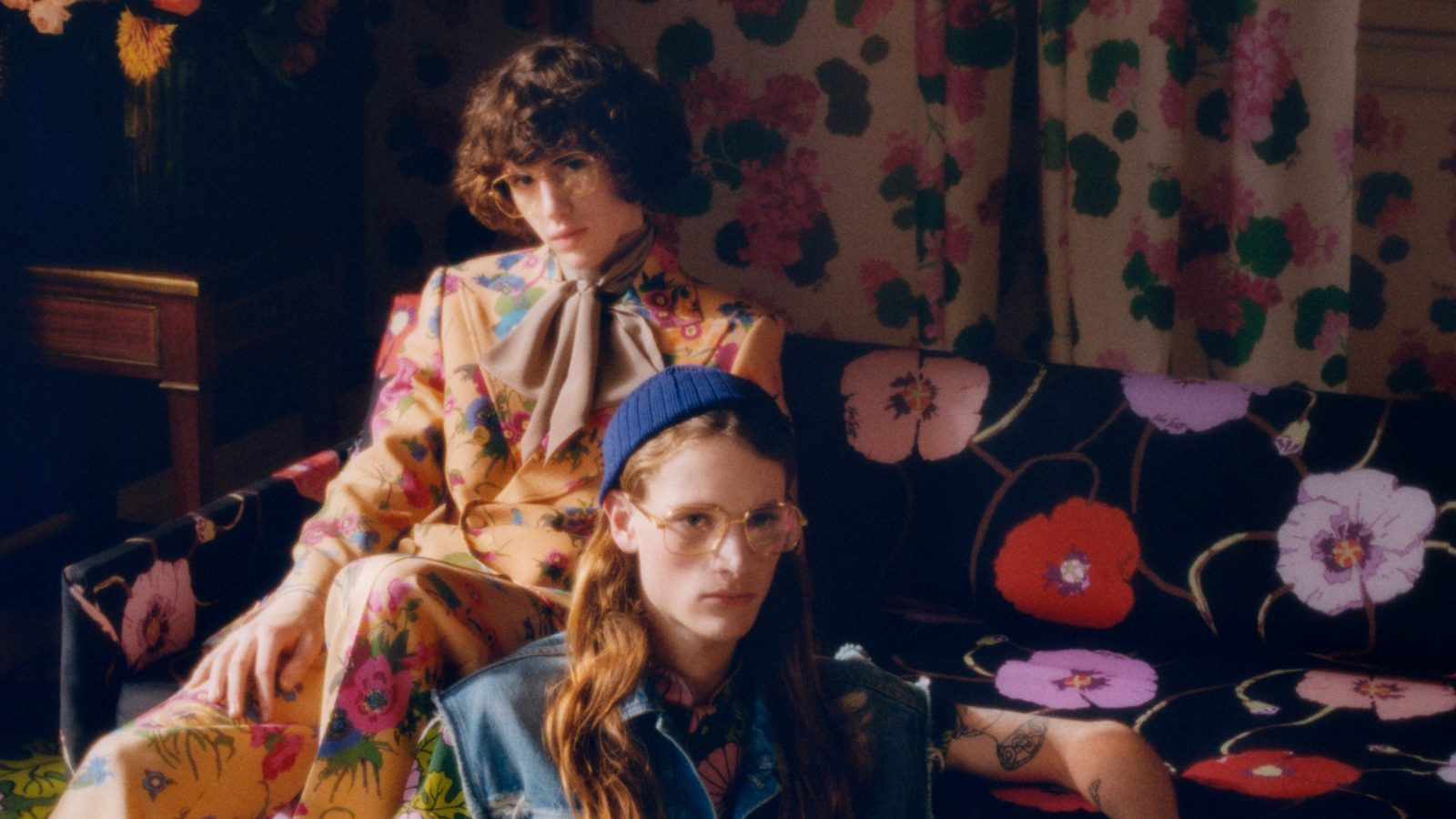 The seventies was the era of bold floral prints in groovy patterns and saturated colours. Reigning over the 1970’s psychedelic era was American fashion designer Ken Scott known as ‘the gardener of fashion’. In the 1950’s he moved to Milan where he launched his own printed textile brand Falconetto with Vittorio Fiorazzo. There, he created his colourful patterned fabrics and clothes. Known for bright floral patterns with peonies, roses, poppies, sunflowers, petunias and asters, Scott followed a maximalist design philosophy when it comes to his vibrant line. In the 1960’s he is said to be one of the first designers to showcase calf-length skirts in his collection, whilst in 1970’s he rose to fame because of his floral printed suits, both for men and women. The designer who brought joy to many-a-dull wardrobes passed away in 1996 at the age of 72 due to lymphatic cancer. If you’re wondering why the sudden interest in the late designers work, it’s simply because Gucci’s Creative Director Alessandro Michele has paid tribute to the designer’s colourful patterns in the Epilogue collection. “Ken Scott was a really great creator of fabrics, he mapped out flowers with romanticism and flowers into pop culture. He treated flowers like shop signs, he multiplied them, turned them into something that stood out. I like his work because I am obsessed with floral prints,” Michele shares about the collection. 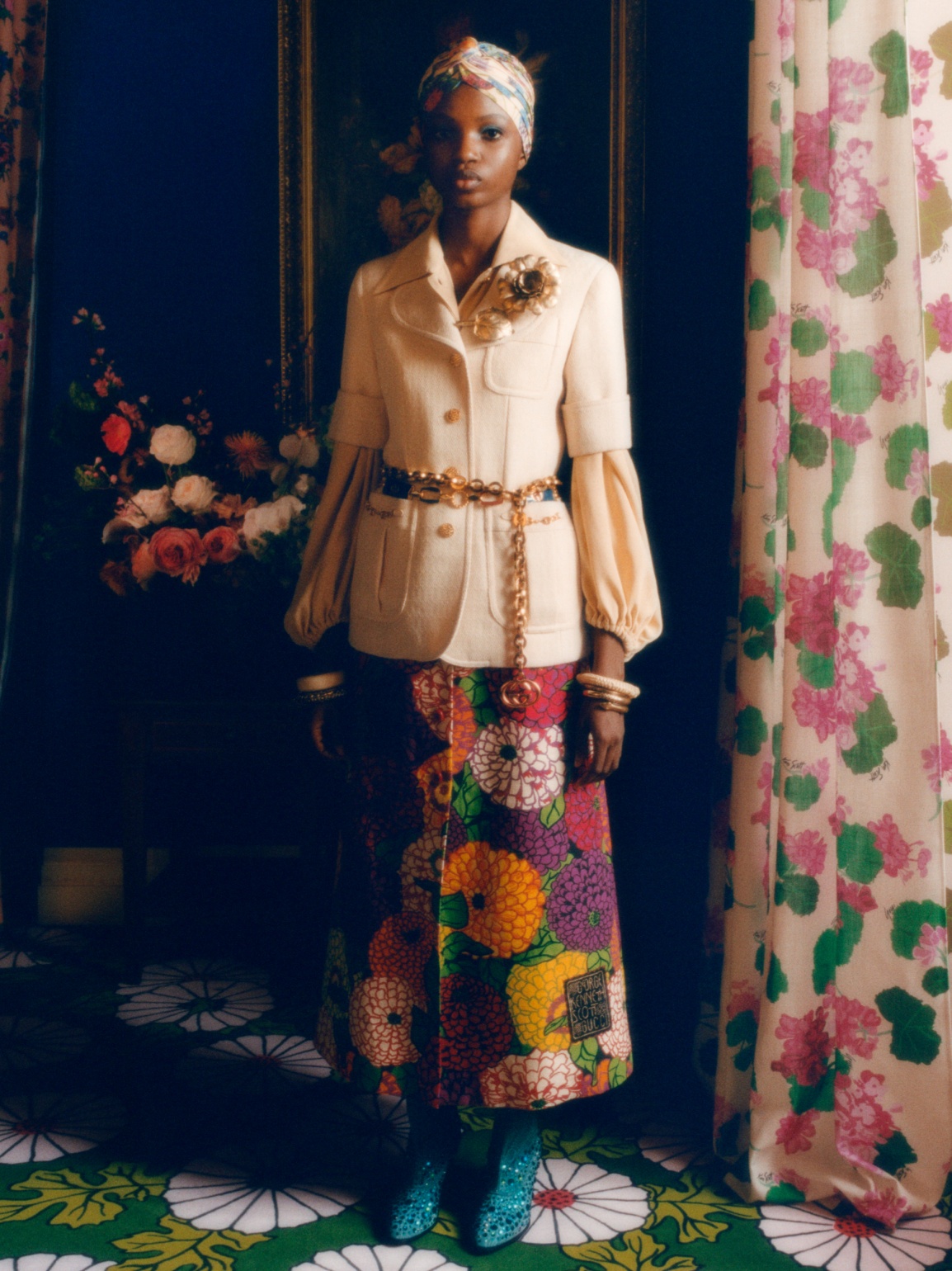 Alessandro Michele in his new collaboration borrows from Ken Scott’s rich archive and translates them on signature Gucci apparel and accessories. Fleece coats, down jackets, evening gowns, silk accessories and handbags are all given the floral treatment. Taking Scott’s more-is-more approach a notch higher is the campaign set-up with customised wallpaper, curtains, tablecloths and cushions. Clashing colours and prints capture Scott’s exuberant spirit in a collection of T-shirts, sweatshirts, skirts, blazers, shoes, and even underwear. 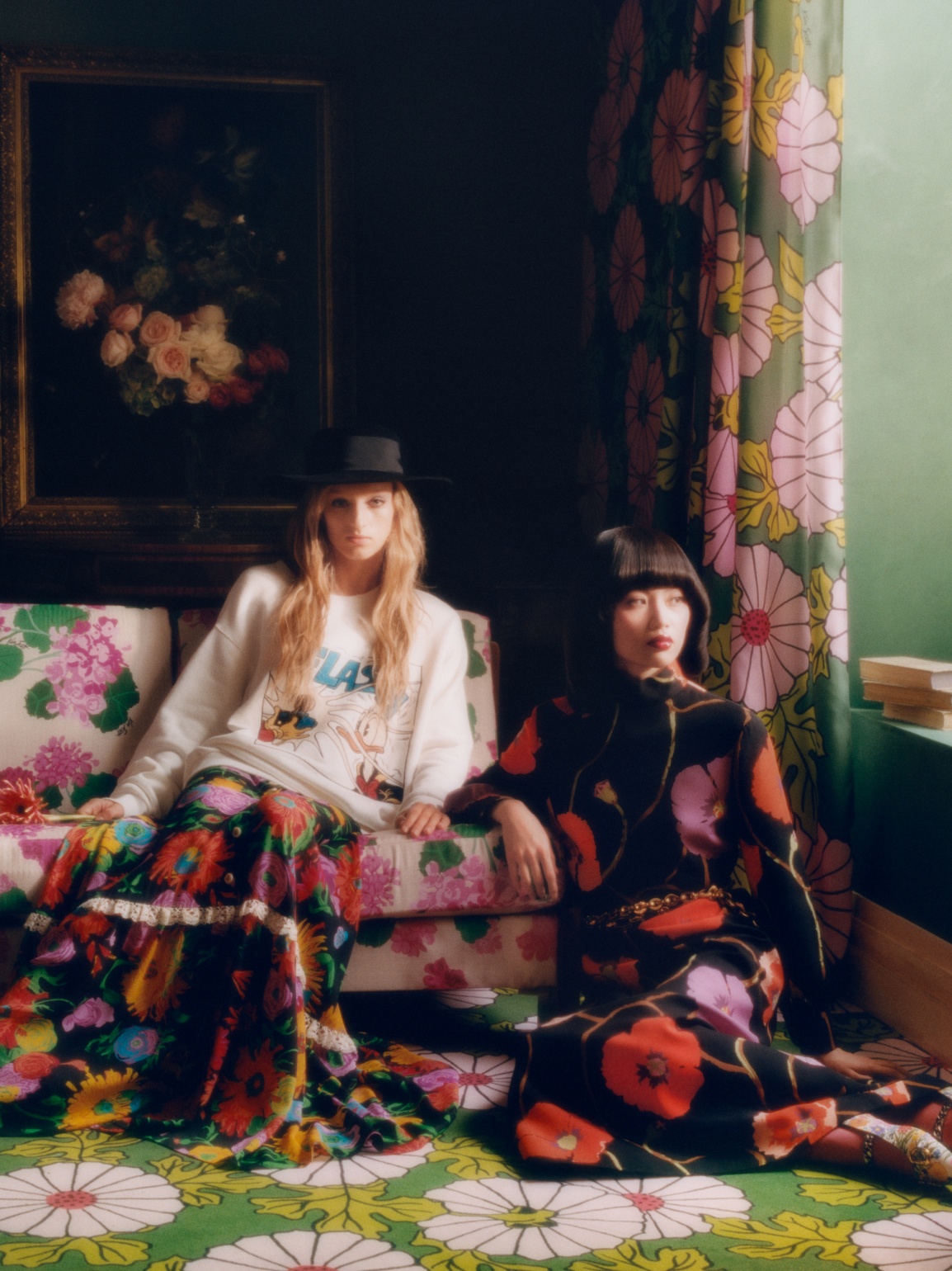 For shoes, the initials KS and GG are mixed with gold and silver flowers with a printed base and gold lettering. The Screener sneaker is covered in a bright Ken Scott print called ‘Giardino d’Aprile’, translated as ‘April Garden’ and has blue heels and a blue-red-blue House Web stripe, while the floral Pursuit slide features a large blue interlocking GG on each shoe. Other Ken Scott prints like ‘Giardino d’Aprile’, ’Zia’, ‘Jenni’ and ‘Pomponica’ are merged onto women’s shoes and sneaker line.

Back in the day fashion icons like Audrey Hepburn and Twiggy were often spotted in Ken Scott prints, so one can only wait to see what modern day icons will fancy this revival.

(All images courtesy of Gucci)