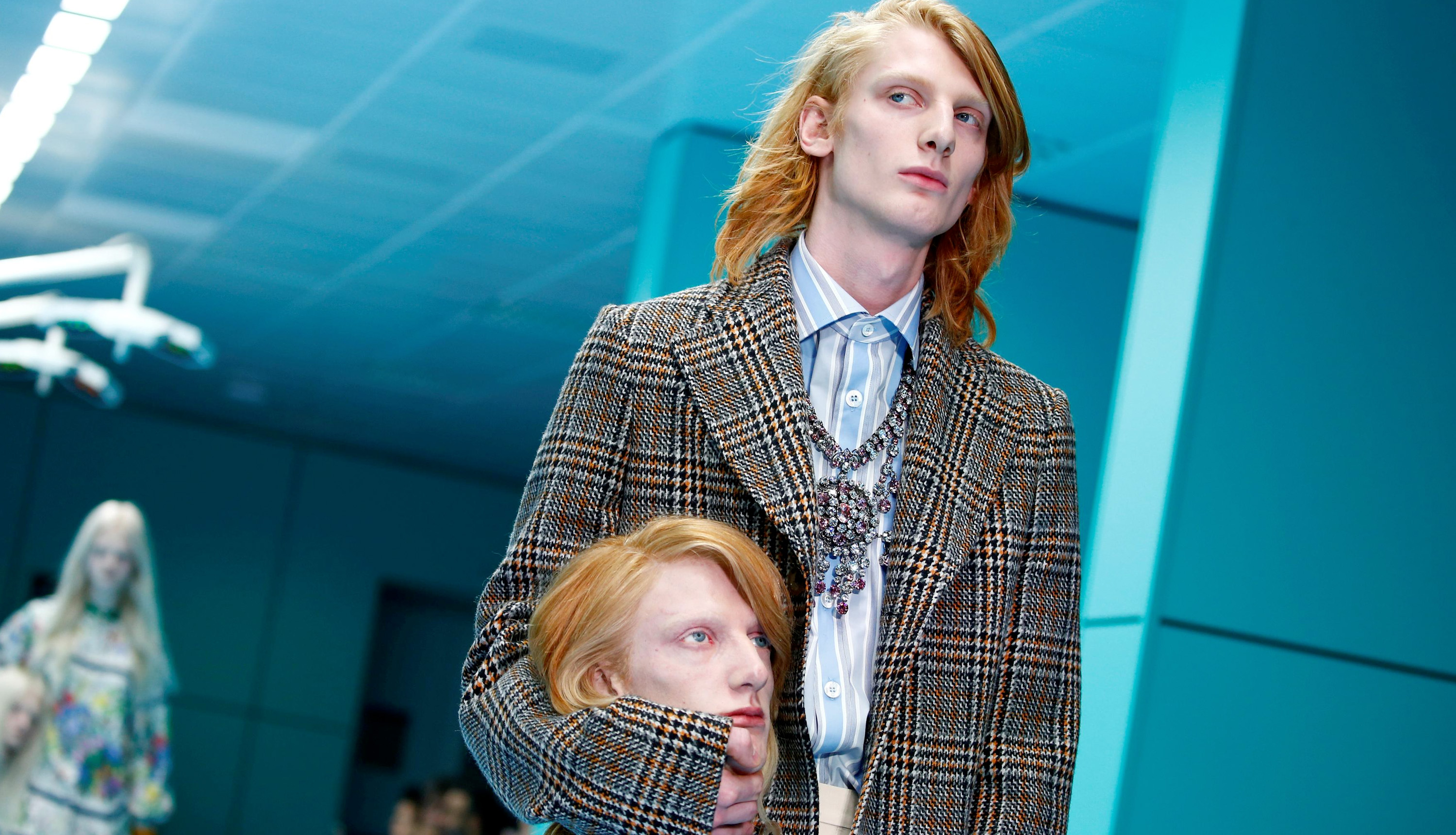 Held inside a space that had been made up to look like a hospital operating room, Gucci‘s Fall/Winter 2018 collection — the latest from creative director Alessandro Michele — featured a multicultural, multiethnic mash-up of elements, from Russian babushka headscarves to pagoda hats to Chinese pyjamas.

The concept behind the clothes is the creation of new identities, ones that go beyond existing boundaries, reflecting Michele’s belief that one’s identity is simply a matter of choice, which can change over time based on an individual’s relationship to the larger society. In other words: We can be whomever we want to be. Accordingly, Michele encourages us to forget all predefined categories and open our minds to those that are deemed atypical, anomalous, and even flawed by ‘normal’ society.

For the runway presentation, Michele took inspiration from Donna Haraway’s 1984 essay “A Cyborg Manifesto”, in which she referred to cyborgs as hybrids that represent the rejection of rigid boundaries, such as societal norms. To bring his out-of-this-world ideas to life, the designer tapped Rome-based visual and special effects company Makinarium to create a series of stunningly creepy ‘accessories’ such as baby dragons, a third eye and even severed heads that may or may not have already became the must-have item for the Fall/Winter 2018 season.

While owning a replica of your own head might be difficult to make happen (and we doubt anyone really fancies themselves enough to want one), the Internet, as always, has already found a solution — all you need is the help of a friend, and a really good angle. Now trending under the hashtag #GucciChallenge, fashion insiders and street style stars including Giovanna Battaglia Engelbert and Anna Dello Russo are posing for photos cradling the head of someone else, resulting in a rather creepy — but also very hilarious — set of Gucci-inspired posts that are sweeping Instagram currently.

The best sneaker drops to know about in June 2021