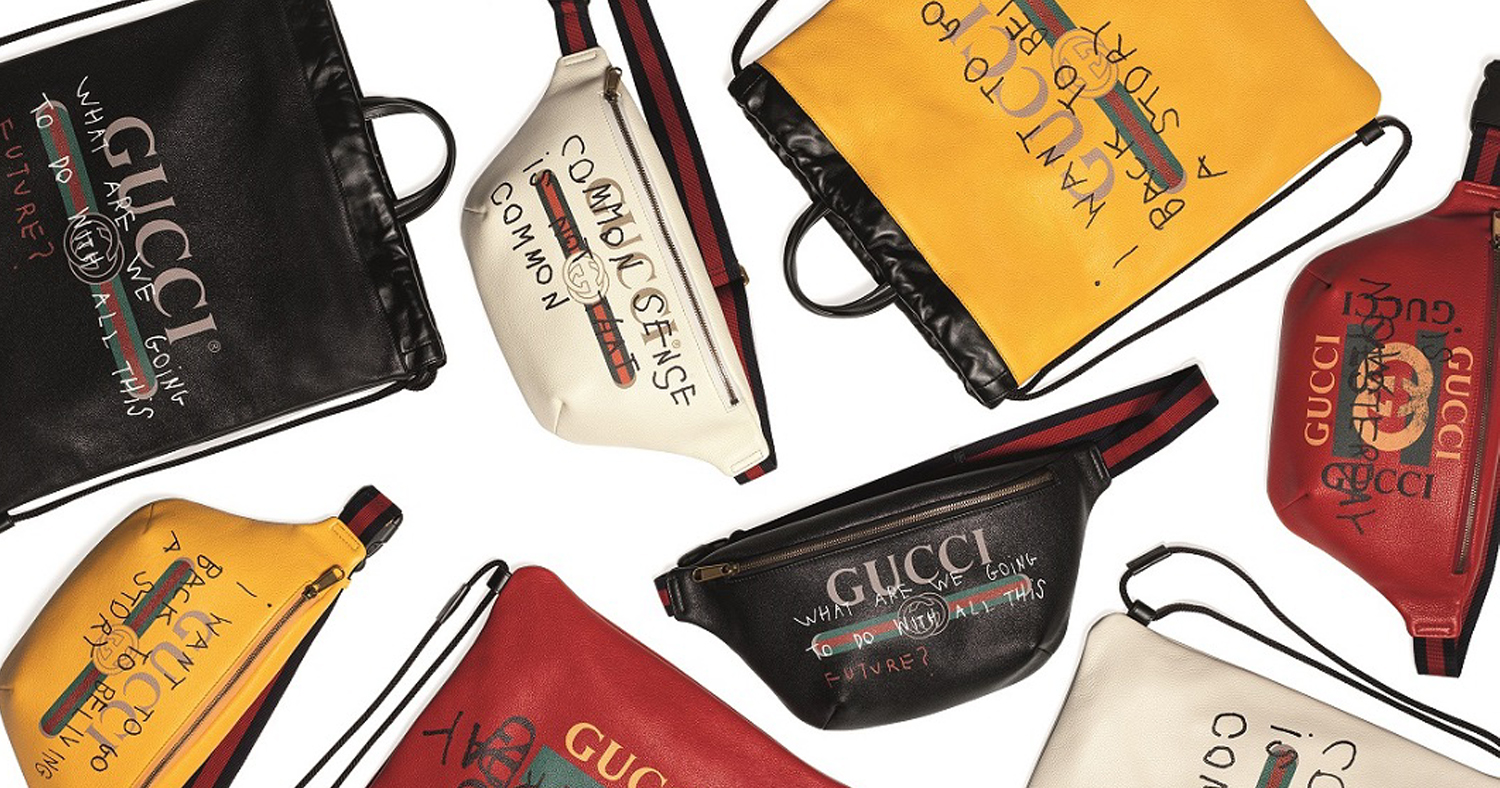 Gucci’s new capsule collection has a message for you

Alessandro Michele, Gucci‘s creative director, has always been a keen supporter of talented young creatives. Last year, he collaborated with Olympic snowboarder-turned-artist Trevor Andrew (a.k.a. GucciGhost) for the house’s seasonal and capsule collections, in which he interpreted the house’s double-G logo and other special motifs in his signature graffiti style.

This year, Michele has partnered up with Spanish photographer and artist Coco Capitán, who has earned a huge following with her text-based artworks that often feature witty and humorous messages and quotes. The collaborative pieces were first presented on the runway during Milan Fashion Week last February as part of Gucci’s Fall/Winter 2017 womenswear collection, in which the artist’s signature handwritten aphorisms — including “Common sense is not so common” and “Tomorrow is now yesterday” — were spotted on two logo tank tops, while Michele himself was also seen wearing a t-shirt that reads “I want to go back to believing a story” for his final bow.

To further celebrate the collaboration and the artist’s offbeat sense of humour, Gucci has also launched a special capsule collection comprising a wide range of backpacks, belt bags, sweatshirts, t-shirts, hoodies, knits and coats, which are all unisex and feature Capitán’s handwritten messages. You’ll also find Gucci’s iconic green-red-green stripe and interlocking GG motif on most of these items.

“I think words are very precious and if put together in the right order they can create a linguistic masterpiece that feels like your favourite painting,” says Coco Capitán. We couldn’t agree more, which is why we’re looking to adding some of these unique pieces to our fall looks.