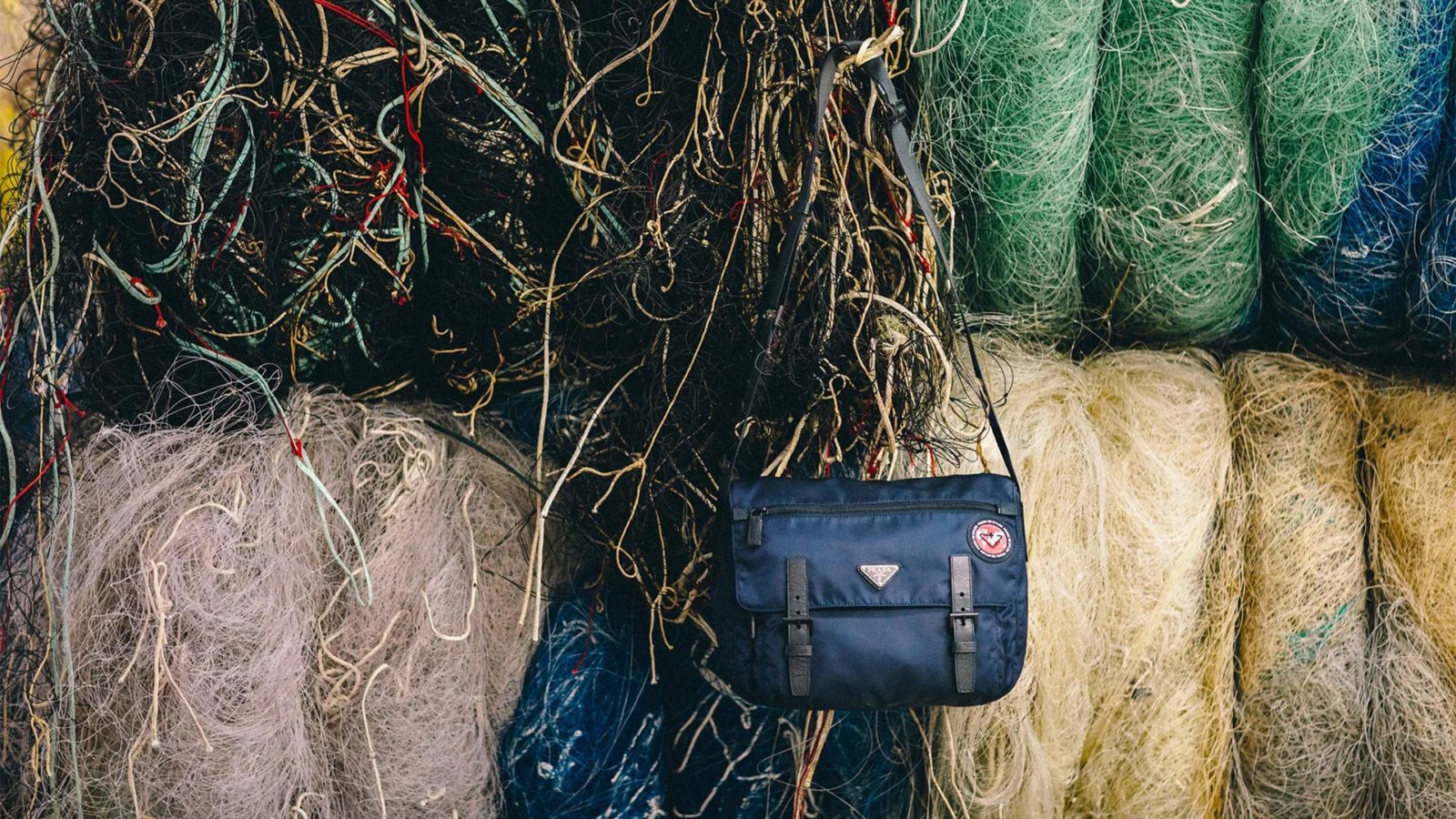 Tencel? Cupro? Know your eco-friendly fabrics with this easy guide

Style
Tencel? Cupro? Know your eco-friendly fabrics with this easy guide
Share this article
Next article

Econyl. Tencel. Cupro. What does it all mean?

If you’ve been shopping for clothes lately, you have likely encountered all those names. You know they’re good for the environment, because most fashion brands would proudly tell you so. But what exactly are these so-called sustainable fabrics that are taking over our wardrobes?

It’s never been more important to know what goes into the making of our clothes. We’re still a long way from breaking the habit of shopping — the rise of online retailers, resale platforms and Instagram fashion labels make it near impossible — so the least we can do is make eco-friendly shopping decisions. That includes digging into the environmental practices of the brands you patronise, finding out just how ethical they are, and, of course, examining the fabric labels of their offerings.

That’s the confusing part. Over the last few years, there has been a wave of fabric innovations that swept the fashion industry to meet the demands of eco-conscious shoppers. Luxury labels are scrambling to make use of vegan leather alternatives, while others are championing organic or recycled materials. And this all before you’ve wrapped your head around the idea that cotton and polyester, the fabrics you grew up with, simply don’t cut it anymore.

That’s why we’ve cut out the guesswork and drawn up a glossary of all those sustainable fabrics. Below, you can find out how they’re made, what they’re used for, and just how planet-friendly they really are.

Pioneered by Italian company Aquafil in 2011, Econyl is a recycled nylon fibre that is regenerated from plastic trash in the ocean, such as fishing nets, discarded bottles and industrial waste. Aquafil cleans and shreds this waste through a chemical purification process in order to extract pure nylon. That means that the resulting fibre, Econyl, is no different from virgin nylon.

Yes, considering that Econyl is made with 80 per cent less energy than virgin nylon. It’s also infinitely renewable. Econyl effectively helps to clean up marine litter, such as abandoned fishing gear which takes up to 600 years to biodegrade. Still, as with all plastic-based fabrics, washing clothing made of Econyl will still release microplastics back into the ocean. These tiny particles have not only found their way into the ocean, but are also polluting the air and contaminating our drinking water and food.

Mostly swimwear, such as the pieces offered by Adidas in its 2017 collaboration with Parley. But most people would know about Econyl through Prada, which launched a line of bags made with the fabric in 2019. Re-Nylon, as the collection is called, has since expanded into ready-to-wear pieces, and Prada plans to entirely replace virgin nylon with Econyl by the end of 2021. Gucci and Burberry have also used Econyl in their outerwear pieces and accessories, including the latter’s iconic trench coat.

First introduced 30 years ago, Lyocell is a plant-based fibre that is mostly derived from eucalyptus wood, although there are variants made with oak and birch. The wood is ground into a pulp and chemically purified to extract raw cellulose. The liquid is then pumped through spinnerets into Lyocell fibres, which are spun into yarn and woven into fabric. Lyocell fabric is soft, breathable, hypoallergenic, and a lot more absorbent than cotton. It also goes by the name ‘Tencel’ when offered by Lenzing AG, an Austrian company that’s one of the biggest Lyocell manufacturers in the world.

You don’t have to worry about all that wood that is used to create Lyocell. Eucalyptus trees can be harvested from tree farms on land that is no longer fit for food. They grow quickly without the use of pesticides, fertilisers or irrigation, making Lyocell much more eco-friendly to produce than cotton. The fibre is also completely biodegradable. Still, depending on where it’s made, the production of Lyocell could sometimes involve fossil fuels or coal.

Lyocell is touted as an alternative to viscose, a form of rayon fabric that’s made to substitute silk. Lyocell, however, doesn’t crease like viscose does. That, and its other properties listed above, makes it great for athleisure, activewear, and everyday staples. Brands like Tom Ford and Isabel Marant have created stylish pieces with the fabric. Outdoor clothing label Patagonia uses Tencel extensively across its products.

Cupro, short for ‘cuprammonium rayon’, is another plant-based fabric. It’s made from cotton linter, which is a waste product of cotton that’s often discarded. It can also be derived from recycled cotton garments, especially T-shirts. Cupro fabric is fine, sheer, smooth, and soft to the touch, which is why it’s often known as ‘vegan silk’. It’s also hypoallergenic, stretch-resistant, durable and dries quickly.

As with other rayon fabrics, the production of Cupro involves a lot of chemicals, namely copper, ammonia and caustic soda. Cupro fibres are also bathed by a variety of toxic substances in order to harden, meaning it pretty much has the same environmental impact as synthetic fibres like polyester. Lyocell and Tencel are much greener alternatives.

Whatever cotton and silk are used for, which is big chunk of our clothing. Because of its low cost, Cupro has been adopted by an array of fast fashion labels, including Mango, Zara and H&M.

Linen is an all-natural fabric that’s been around for thousands of years, but it has only recently become widely popular among fashion brands. Linen yarn is spun from cellulose fibres found inside the flax plant, which can be grown in many different climates around the world. Linen fabric is lightweight, breathable and boasts moisture-wicking properties that will keep you cool and dry better than cotton could. The only caveat? It creases a lot — but that has been embraced as part of the linen look.

Flax plants don’t require pesticides to grow, so that makes it much better to farm than cotton. However, it takes a lot more time and resources to manufacture, which is why cotton remains supreme in the apparel industry. Also, chemicals could still be introduced in the linen production process when separating flax fibres from flax stems, although they are later washed away. Still, linen is pretty green as far as fabrics go.

For the longest time, mostly bedsheets, underwear and towels. Today, those of us who live in hot and humid climates like Hong Kong will enjoy linen in a variety of clothes, especially those from summer collections. We especially like the pieces from COS’ The Linen Edit which has reimagined the fabric is a range of season-friendly wears.

Deadstock, also known as ‘end-of-roll fabric’, essentially refers to any unwanted leftovers from a fabric that a fashion brand has commissioned. They may have been rejected because of over ordering, or they came with incorrect colours or prints. Deadstock includes virgin fabrics — that is, fabrics that aren’t recycled, but specially milled and are as good as new. Typically, fashion brands that make use of deadstock also choose to upcycle other forms of textile waste, such as fabric scraps and off cuts (those odd fabric bits leftover from the cutting process).

Not if we’re looking at the very nature of deadstock, which is the result of overproduction. While the myth is that deadstock is doomed to be dumped in landfills, that’s hardly the case: textile mills and garment factories, which have vast amounts of these surplus fabrics in their storage, often try to make a profit and sell them off. Given the growing interest (and business) of deadstock, these mills will continue overproducing their fabrics, since it’s much cheaper to do so anyway. And so the cycle continues.

Fabric scraps and off cuts, however, are a different case. These are destined to be discarded, so fashion brands should either try to make use of their leftovers or refine their cutting processes to use up as much fabric as possible.

Mostly one-of-a-kind pieces, since the availability of deadstock fabrics can vary. British brand, and Netflix’s Next In Fashion alumnus, Daniel W. Fletcher, had used excess scraps and offcuts from previous season in his Spring/Summer 2021 collection. A longtime advocate for sustainability in design, many may remember Fletcher’s patchwork denim dress which he pieced together with the leftover fabrics from other contestants. Alternatively, Gabriela Hearst presents a Spring/Summer 20201 collection made of 60 percent of deadstock materials in an entirely carbon neutral show at Paris Fashion Week. French label Marine Serre most recently included deadstock leathers in her Fall/Winter 2021 collection, creating patchwork jackets, coats and pants.

Linen Sustainable fabrics ECONYL tencel lyocell deadstock fabricfs
Lifestyle Asia
Here's where you can read the latest news and stories from Lifestyle Asia, curated from all of our editions in Hong Kong, Singapore, Kuala Lumpur, Bangkok, India and Paris.
Luxury