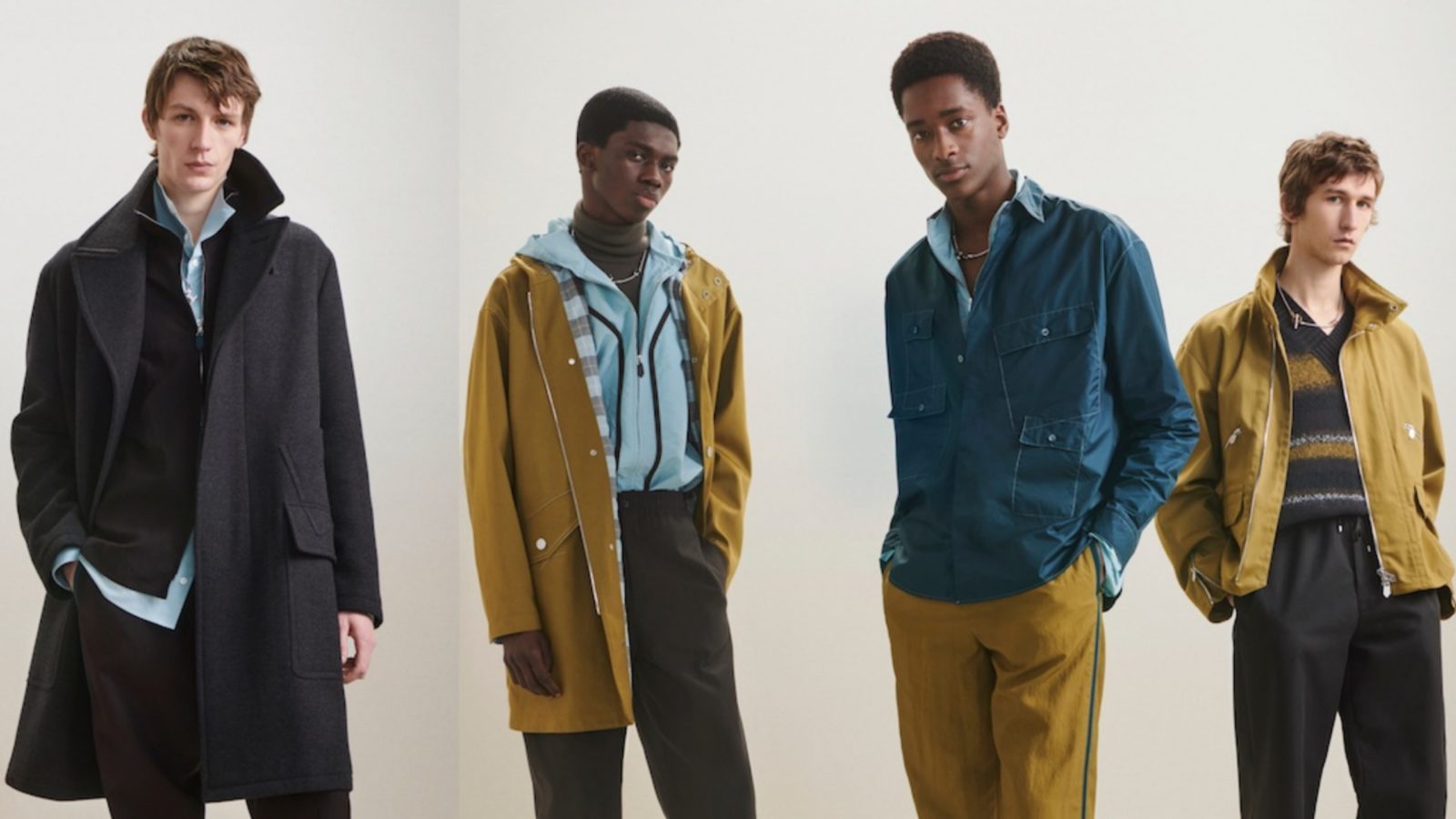 Just as boundaries between the outside world and the inside are blurring, so too are dress codes.

You know, those age-old dictums that say no, you can’t wear your sweatpants to dinner at a Michelin-starred restaurant, or that you’d be making a fool out of yourself by wearing a tuxedo to the grocery store.

Hermès, an upholder of many traditions, has always followed those rules — seeing the formal and the informal as mutually exclusive. For its Fall 2021 menswear show, however, the French fashion brand said be-gone to stringent dress codes.

That’s why it had models walking around in blazers and drawstring pants. Yes, those easy trousers you might slip on if you’re spending the day on the couch, or meeting a friend for coffee. Drawstring pants, being distant cousins of track pants, are less serious than sporty; sometimes they have contrasting stripes running down from their elastic waistbands and along the sides of their wide legs. The bottom line is, you wouldn’t wear them to impress.

Yet the ones from Hermès did. They were smartened up with cuffs, front seams, zipper flies and contrast stitching. They looked as sophisticated as suiting trousers, and paired nicely with polished leather boots.

“The inside and the outside now freely flow one into one another,” said designer Véronique Nichanian. “I wanted my clothes to reflect that.” She was talking about our new lifestyles, shaped by the pandemic, where we let strangers into our living rooms via Zoom calls and make offices out of our bedrooms. With all that time spent at home, loungewear became the only clothing category we recognised.

Nichanian knows we’re not quite ready to leave our comfort zones just yet. That’s why, like Alessandro Sartori at Zegna, she asked: ‘Why can’t the relaxed be refined, too?’

Her Hermès collection gave us more examples of that hybridity, beyond the aforementioned drawstring trousers. Sweatpants were rendered in luxurious lambskin, T-shirts were made out of saddle-stitched leather and cardigans boasted the plush touch of cashmere fleece. Nichanian’s take on the hoodie shared the same texture as a crocodile Birkin bag.

Of course, there were sneakers, too. Those shoes can cross over from street to luxury, from casual to formal or from functional to fashionable more easily than any other piece of clothing. Hermès offered theirs in cheerful pink, blue and yellow, expressing a sense of lightness that is more than welcome right now.

They also looked great with those Hermès drawstring pants. Maybe it’s too soon to say you should attend your next business meeting in a slouchy pair. But given that the very nature of business meetings are now changing, how long before dress codes become just as elastic as those waistbands?

Hermès fall 2021 FW21
You might also like ...
Style
Livestream the Hermès Fall/Winter 2021 Menswear Collection here
Style
The Hermès Nantucket watch links up with an original House code for 2021
Lifestyle Asia
Here's where you can read the latest news and stories from Lifestyle Asia, curated from all of our editions in Hong Kong, Singapore, Kuala Lumpur, Bangkok, India and Paris.
Luxury

We should all be feminists: Dior’s new book on the ‘female gaze’ and Maria Grazia Chiuri