The most important moments at London Fashion Week 2019

If there’s a city that isn’t afraid to speak out loud and clear, it’s London. Its people have always been fiercely independent thinkers, and this creative exuberance has seeped into everything from its restaurants and architecture, to even its fashion scene.

Last week saw international show-goers flock to its cobbled streets to seek inspiration for autumn/winter 2019 from the city’s finest, and there was plenty to go around. While Victoria Beckham dished out feminine but empowering pieces, Vivienne Westwood returned to the stage to confront all the world’s issues. For his second Burberry collection, Riccardo Tisci bravely took on the duality of England and its youth to great success.

Here,  the most influential moments of London’s Autumn/Winter 2019 Fashion Week. 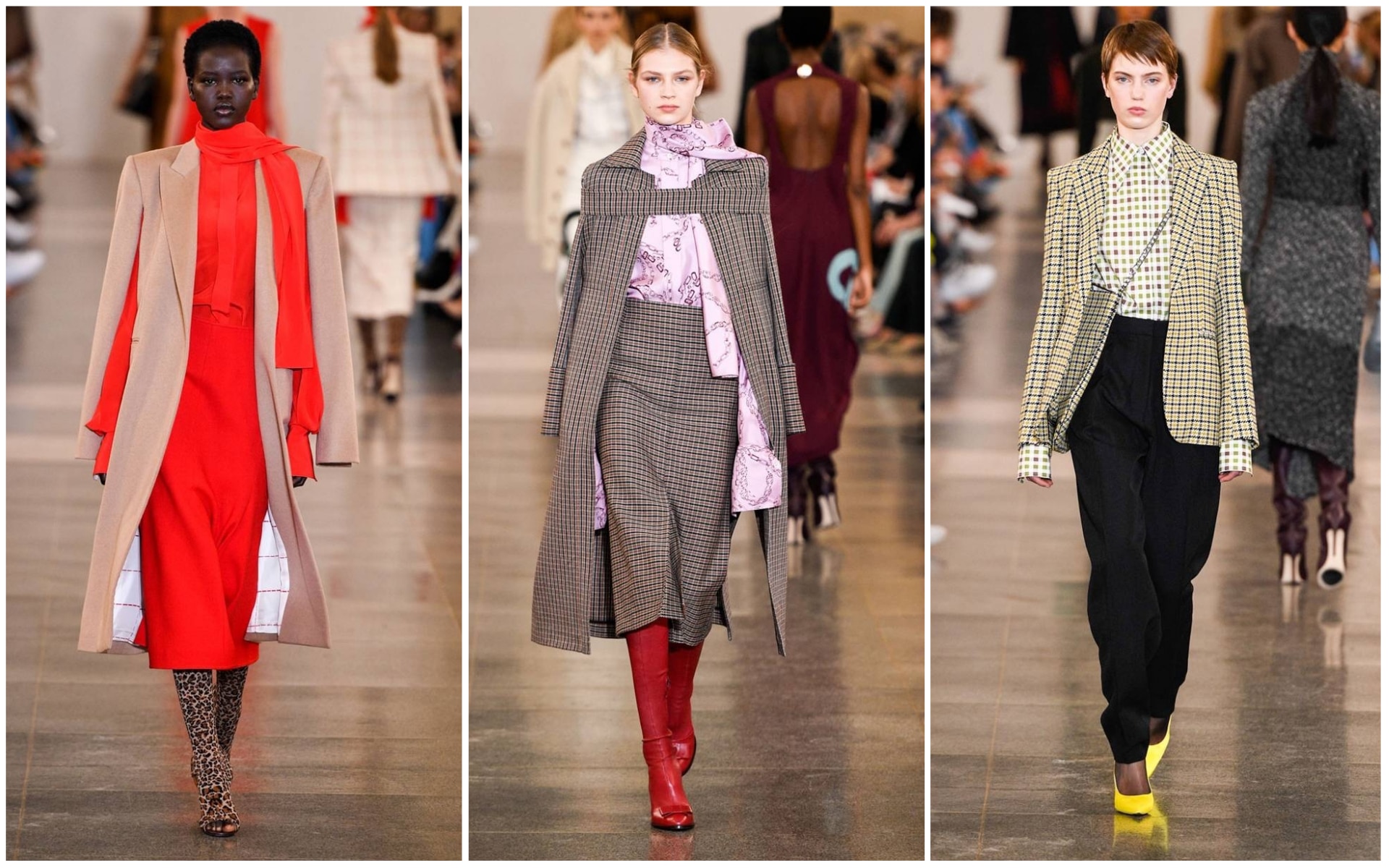 Her entire clan sat front row at her show but all eyes were still on Victoria Beckham’s celebration of the “modern feminine alphabet”. Following her move from the New York circuit, the British multi-hyphenate decided to reinvigorate the wardrobes of women with clothes they’d actually want to— and not should — wear.

Beckham was in her comfort zone here, sticking to her signature silhouettes of wide-legged trousers, modest midi skirts and roll necks, only with a softer approach this time. Punctuating a neutral sea of greys and khakis were vibrant accents of lipstick red, lilac, and absinthe green — a cheeky touch to the otherwise prim and proper, ladylike collection. 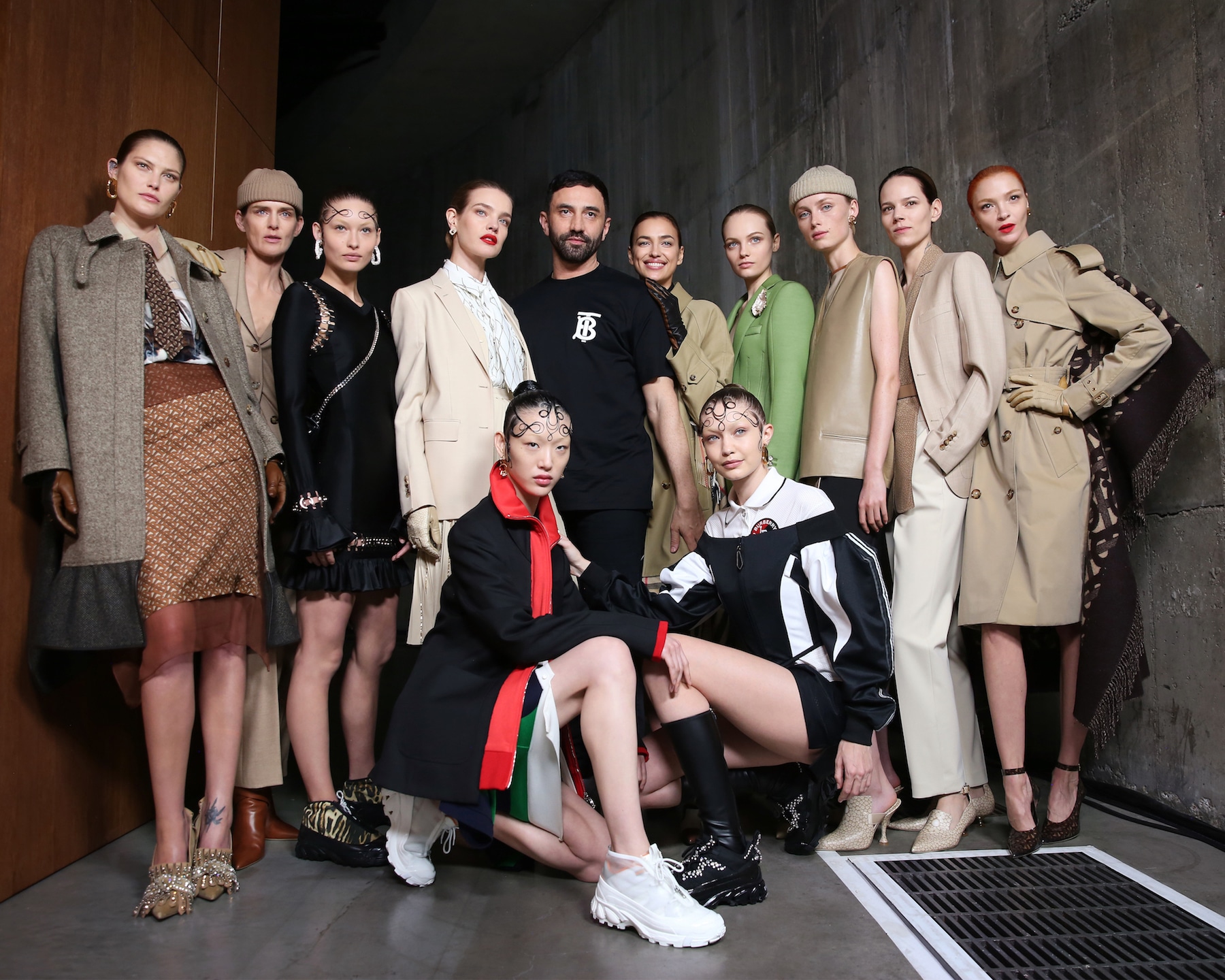 Presented within the industrial-esque Tate Modern Tanks, Riccardo Tisci’s second collection for Burberry was an immense tribute to England and the youth of today. As such, the show was split into two separate rooms, with each offering a vividly different atmosphere that juxtaposed the concept of rigidity and freedom.

Here, he explored new codes for the quintessentially English house, where his superstar line-up of girls — Gigi Hadid, Freja Beha Erichsen, and Irina Shayk — wore deconstructed trenches paired with shoulder off-the-shoulder corset tops, and lace-detail slip dresses that were toughened up by Chelsea boots and chunky sneakers. Tisci also revisited the Thomas Burberry Monogram — the same archival print which he first launched on a T-shirt for his first “Drop Zero” for Burberry. 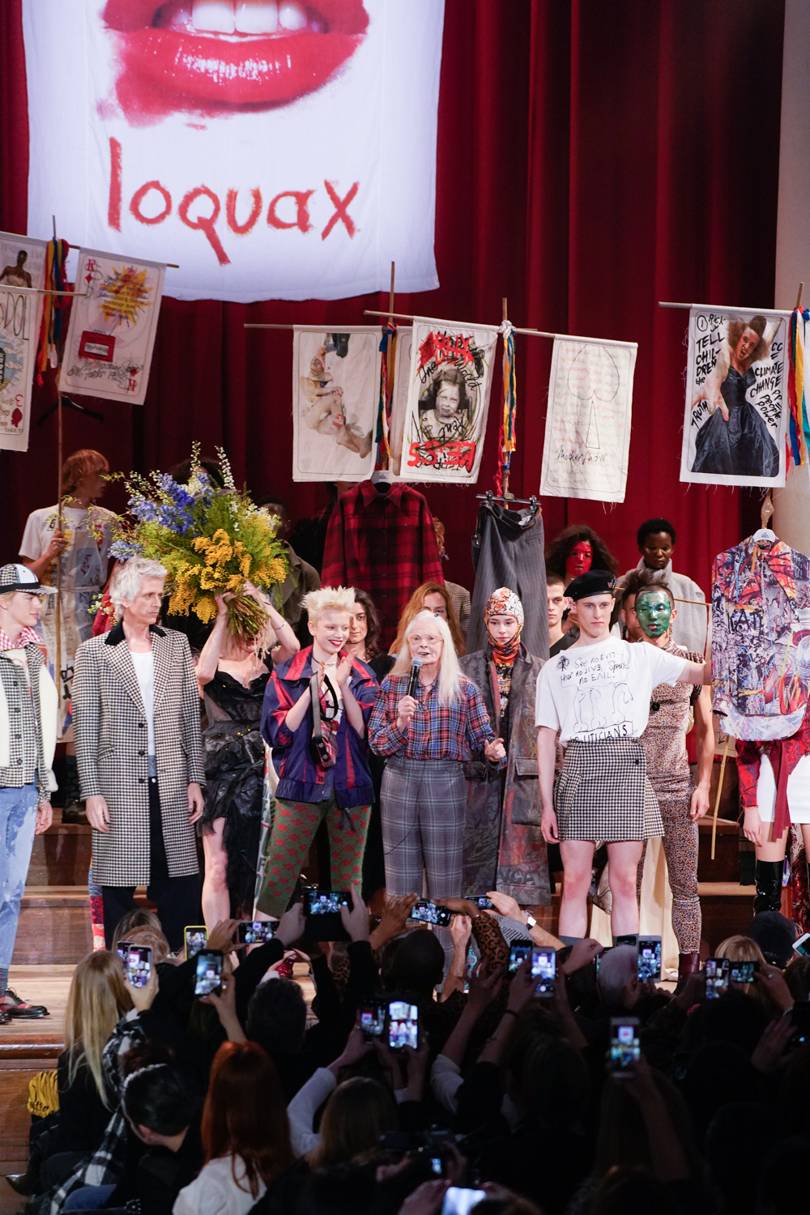 3
Vivienne Westwood made a statement

Never one to shy away from making a statement, much less a political one, Vivienne Westwood finally returned to the catwalk to make her opinions heard. The outspoken designer — who dropped runway presentations for a digital format the last two seasons — quite literally turned her show into a protest, highlighting issues that ranged from Brexit and free speech to sustainability and women’s rights.

Diversity came in the form of activist Rose McGowan and head of Greenpeace Sara Stockbridge, who narrated messages talking about the clothing that they were dressed in. While coats were scribbled with Julian Assange quotes on ‘globalism’, other accessories came dressed in the message of anti-capitalism. The extravaganza was unapologetically in-your-face, but that’s Vivienne Westwood for you. 4
Adwoa Aboah stood up for Grenfell

Along with musician Emeli Sandé and other activists, supermodel Adwoa Aboah used the catwalk to bring the Grenfell Tower disaster under the spotlight again. The tragedy, which saw a fire rage through the 24-storey building, has since claimed 72 victims but with little follow-up.

Their T-shirts, emblazoned with the message “72 dead and still no arrests? How come?”, is a stoic reference to Martin McDonagh’s 2018 Oscar-winning film ‘Three Billboards Outside Ebbing, Missouri”. The powerful demonstration is just an example of how fashion has become an increasingly popular alternative platform for placing important messages at the forefront again.

Fashion Style London Fashion Week autumn/winter 2019
Shatricia Nair
Senior Writer
Shatricia Nair is a motoring, watches, and wellness writer who is perpetually knee-deep in the world of V8s, tourbillons, and the latest fitness trends. She is fuelled by peanut butter and three cups of coffee a day.
Motoring Wellness Watches