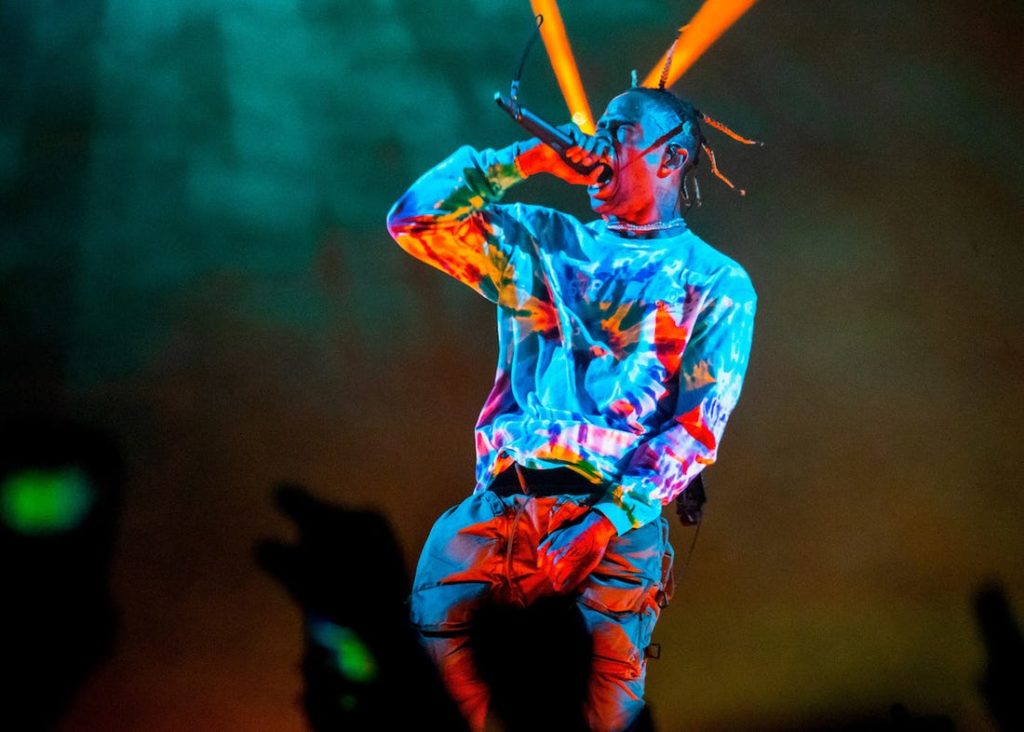 Travis Scott is arguably the biggest celebrity influence in the sneaker world right now, and with good reason.

But how did he get to where he is today, and what is his influence towards the younger generation? The rapper has an insanely large fanbase thanks to the music he released alongside crazy antics during his live shows — not to mention his ties with Kylie Jenner, the mother of his daughter Stormi. A performer and entertainer at heart, Scott is slowly becoming a music legend in his own right.

Being a true sneakerhead at heart and at one with the culture, Scott is always seen in various Air Jordans and other Nike sneakers like the SB Dunks and Air Force 1s. But it wasn’t until 2018 when Scott finally got the chance to create his very own Air Jordans. He started off with the Jordan 4s, drawing inspiration from former NFL franchise the Houston Oilers.

You might also like…
Style
The best new sneaker drops to know about in August 2020
Style
Christie’s ‘Original Air’ sale brings Michael Jordan’s rare, game-worn shoes under the hammer

Fast forward to a year later and we get to his third signature shoe with Nike and his second Air Jordans. This time around, it’s the ever-iconic Jordan 1s. This was also the first time a Jordan 1 featured a new design in the form of the ‘reverse swoosh,’ and has gone on to become one of the biggest sneakers in the world. If that wasn’t enough, the sneaker also came in a Jordan 1 Low variant as opposed to the high-cut that is a standard for Jordan 1s.

Other sneakers that further cemented Scott’s place as one of the biggest names in the industry include unreleased pieces like the army green Jordan 6s as well as the grey and purple Jordan 4s. Scott has also released a new variant for the Air Force 1, a pair of SB Dunk Lows and the Air Max 270 React ‘Cactus Trails’, all of which have been his latest releases to date.

But that isn’t all — aside from designing his own sneakers, Scott has also graced cover shoots with his most notable work being the face of the highly coveted Dior x Jordan collection. Seeing Scott rocking the entire collection was enough to send fans into a frenzy, even more so with the direction that Dior took for the Jordan brand.

If that isn’t proof enough that Scott is a big influence when it comes to fashion and sneakers, you only have to go as far as his Instagram page. In a post dated 31 July, Scott is seen wearing the latest ‘Newcastle Brown Ale’ Nike SB Dunks. Just hours after the post was published, the price on the resell market of the very same sneakers shot up over 40 percent, according to StockX. If this sounds all too familiar, it’s because Kanye West had the same effect on his followers when he was spotted rocking the Adidas Ultraboost 1.0.

Besides his take on sneakers and streetwear, Scott has also been involved in significant pop culture moments of 2020. One of the biggest was his virtual concert with Fortnite, which brought in over 10.7 million players from around the world. To say Scott is one of the biggest pop culture influences of our time is an understatement; he’s already shown that he is one of the world’s biggest celebrity influencers in this modern-day era of social media.

Nike travis scott
Lifestyle Asia
Here's where you can read the latest news and stories from Lifestyle Asia, curated from all of our editions in Hong Kong, Singapore, Kuala Lumpur, Bangkok, India and Paris.
Luxury