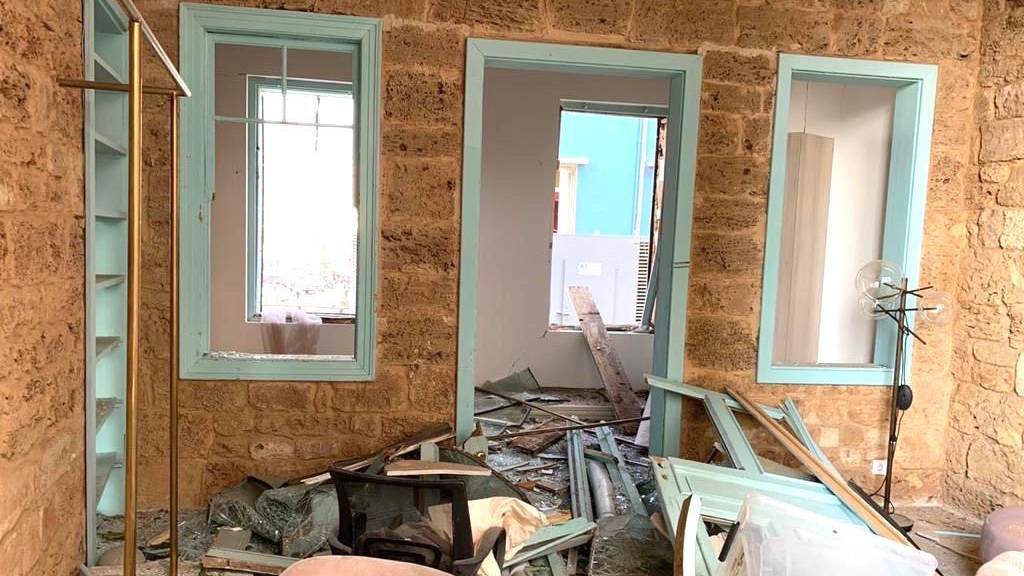 The fashion and design community of Beirut, whose showrooms and studios were situated near the epicentre of the devastating blast on 4 August, was part of the worst hit by the crisis.

The tragic Beirut blast — allegedly caused by the 2,750 metric tonnes of ammonium nitrate stored at the port — shook the city on 4 August, causing over 170 deaths and injured more than 6,000. The massive explosions sent out an expansive wave of destruction, devastating buildings for miles, rendering 300,000 homeless and wiping out a huge chunk of the port area, including the Lebanese capital’s tight-knitted fashion and design community, all situated near the epicentre of the blast.

Other than the ongoing relief efforts that support victims of the blast with basic needs such as food, clothing and temporary shelter, the local creative industry has also come together to work on rebuilding the community. Many Lebanese creatives have been severely affected as a result of the catastrophe — whether with completely shattered ateliers, showrooms and studios, or damaged collections.

To do that, a ‘United for Lebanese Creatives’ campaign has been set up. The initiative is a collaborative one, led by environmental foundation Slow Factory, the non-profit organisation Starch Foundation — which helps Lebanese emerging designers launch their work; Foundation Saradar, dedicated to promoting culture, art, education and sports; as well as Bureau des Créateurs and Maison Pyramide.

Launched on 14 August, the campaign has identified 39 affected designers and artists, who have collectively suffered damages of over US$850,000 (approx. HK$6,587,721). They include designers of ready-to-wear brands Bazaza, Roni Helou, Yassmin Saleh, Missak H and Emergency Room; accessories designers of Sarah’s Bag, Vanina and Andrea Wazen as well as Sandra Mansour; jewellers Mukhi Sisters and Atelier Nawbar, among others.

The initiative consults with the affected creatives to identify the type of support that they need, along with financial aid that will help them rebuild their businesses following what is considered one of the largest non-nuclear explosions in history.

You can also offer your support by making a donation to the campaign via the Slow Factory’s website or by direct bank transfer. Find out more details here.