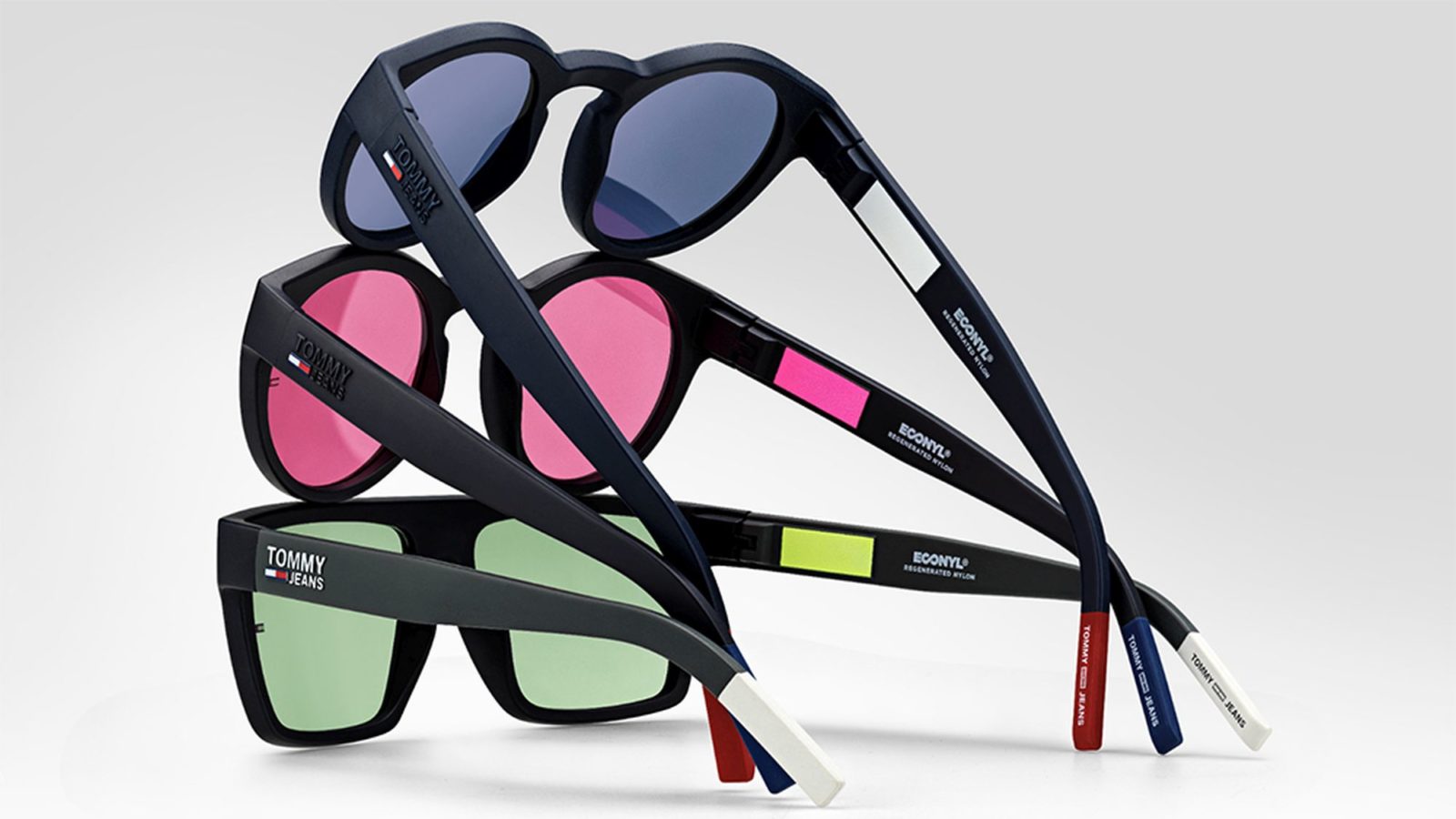 Safilo has long held lucrative eyewear licenses for Dior, Fendi and Marc Jacobs, and the Veneti manufacturing heavyweight has begun introducing Econyl, a proprietary nylon made out of plastic waste, into its collections — starting with Tommy Jeans.

Over the weekend, Italian eyewear giant Safilo formally announced it would be partnering with Aquafil, a noted synthetics manufacturer, in order to bring nylon spectacles to the market. Among the four largest players operating in the luxury eyewear space, Safilo holds licences for 27 high-profile European and American fashion brands including Dior, Marc Jacobs, Hugo Boss and Fendi. The Italian optical manufacturer has tapped Aquafil in an ongoing effort to green its operations, and reduce the environmental impact of producing sunglasses and prescription frames.

Over the past 50 years, Aquafil has developed a credible reputation for its work within the field of synthetics, particularly nylon. The company successfully developed its own proprietary formulation of the material in 2011: dubbed Econyl, it now accounts for roughly one third of all annual production. This cutting edge sustainable material is made by processing and purifying various kinds of mundane plastic waste: including scrap textiles, upholstery and oceanic fishing nets. The material was quickly embraced by the fashion set, but the Safilo-Aquafil partnership marks the first time that Econyl has been harnessed in the making of eyewear. “It’s a completely new sector in which our material is [now being] used”, said Aquafil CEO Giulio Bonazzi. “It is this pioneering spirit that most unites us with a company like Safilo, which, like us, has innovation in its DNA.”

According to Safilo representatives, the group intends to “expand the use of Econyl as much as possible”. In actuality, the material made its debut in the eyewear segment two years ago — as the focus of a sunglasses collection made for Tommy Jeans. Safilo is yet to publicly single out other brands which will be getting the Econyl treatment, but with a stable that runs the gamut from Givenchy to Banana Republic, you can be confident that you’ll see branded eyewear made using the sustainable material sometime in 2020.