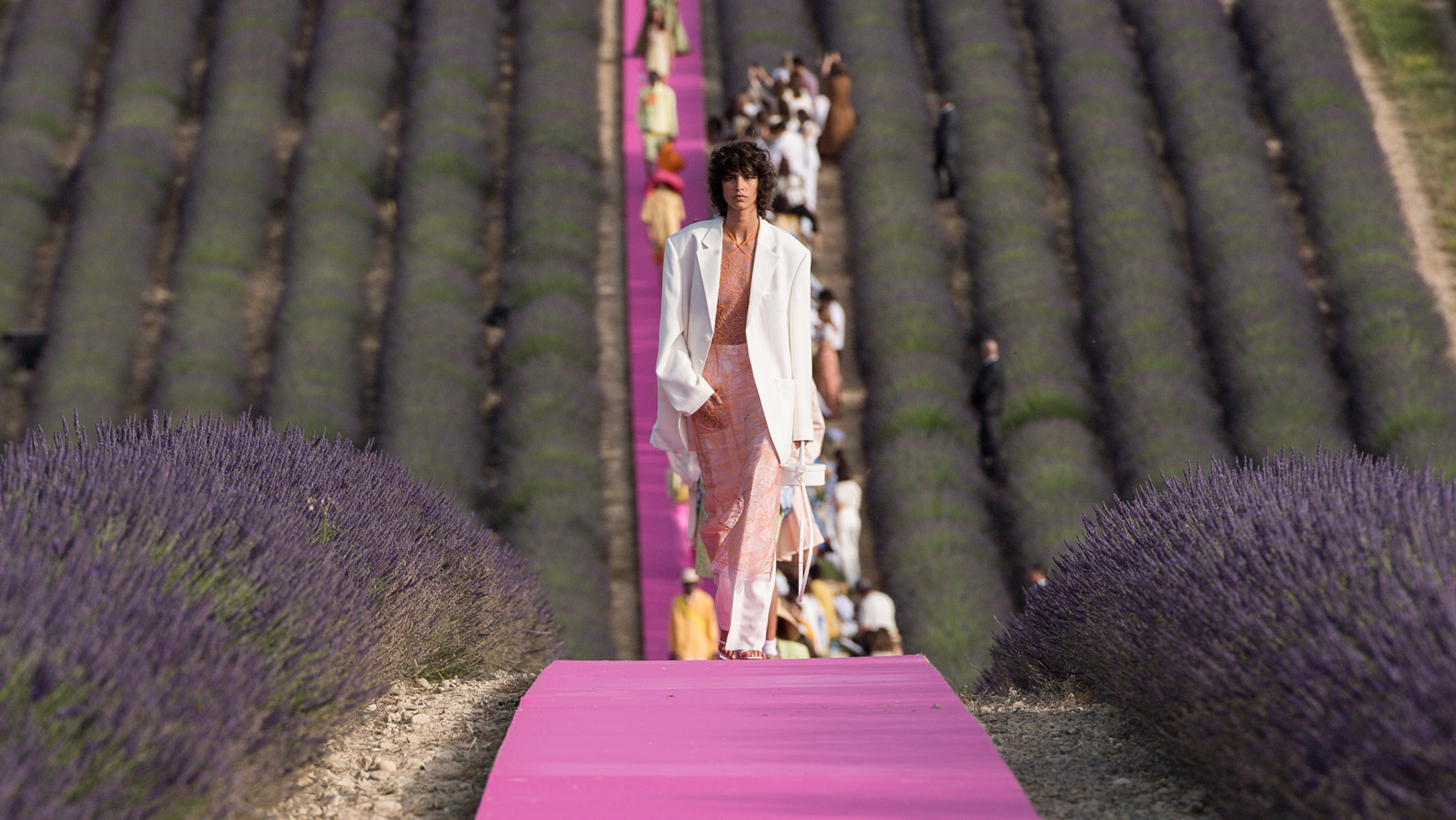 Jacquemus’ SS2020 collection has everything we need for a stylish summer

Whether it’s the teeny-tiny bags or the enormous straw hat, Jacquemus has been rather popular amongst street style icons not only for its modern and youthful design, but also for its highly Instagrammable qualities. In celebration of the 10th anniversary of his eponymous brand, French designer Simon Porte Jacquemus decided to take it to the next level, and presented his Spring/Summer 2020 collection in a picturesque location near his childhood home in Valensole, Provence, where he rolled out a 500-metre, bright pink runway carpet in the middle of a romantic lavender field. “I wanted it to look like a David Hockney painting or a Christo installation through the fields,” he told Vogue. “With lots of prints. A painting within a painting, in a field. Provençal Pop!”

Titled ‘Le Coup De Soleil’ (which translates to ‘sunburn’ in English), the collection consists of 65 looks for both men and women, and features an extended palette of charming hues from hot pink to lime green, orange, yellow and blue, which all looked delightful against the fuchsia carpet. “I wanted something sophisticated but at the same time as light as a cocktail in summer,” he explained backstage ahead of the show.

The design itself is largely gender fluid, with boxy silhouettes such as camp collar shirts, oversized blazers and safari jackets dominating the collection. These unisex pieces were casually styled over plain white shirts or maxi dresses and bralettes, then finished up with work pants or board shorts for a sophisticated yet laid-back and utilitarian style. Known for his love for prints, Jacquemus also went above and beyond and came up with 35 motifs — including cornflowers and wheat, amongst others — that were either printed, embroidered or laser-burned across short-sleeved shirts, maxi dresses, boxy jackets and more. The special highlight? An eye-catching artichoke print that was created as a nod to his family roots in farming.

Accessories, meanwhile, included the popular neck-worn wallets, the tiny ‘Mini Chiquito‘ bag and oversized hats. There were also new novelty creations such as a lavender fishnet-inspired side bag, tiny bags shaped like a cake/biscuit tin, straw totes with leather handles, a gigantic cotton tote, as well as belts with woven corn accessories and a number of collaborative pieces with Swarovski and more. Watch the video below for a full look at the Jacquemes 10th anniversary show.