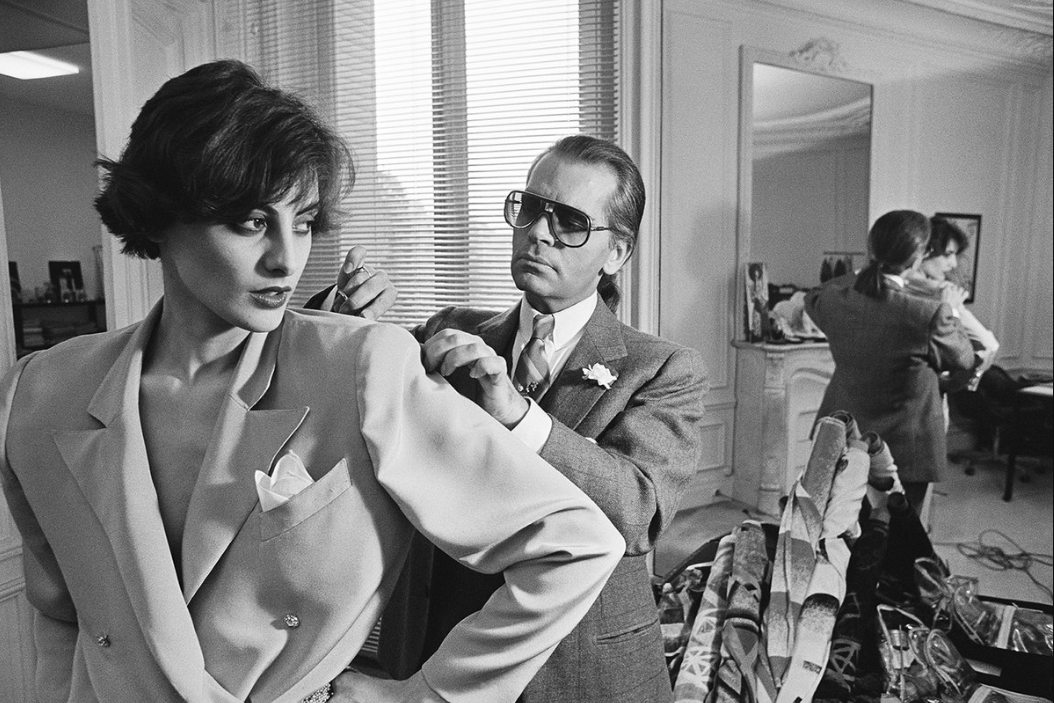 The world reacted today to the news that legendary fashion designer Karl Lagerfeld had died in Paris at the age of 85, capping off an incomparable multi-decade career that saw him rise to the top of the industry as the most iconic and prolific designer of our time. And while Lagerfeld will no doubt be remembered for his work at the houses of Chloé, Fendi and Chanel — not to mention his own eponymous label — we’d like to take this opportunity to remember him for something else entirely: his words.

One of the most powerful and influential figures in the world of fashion, Lagerfeld was an outspoken and sometimes controversial interview subject, one who was never afraid to speak his mind, regardless of how provocative. Of course, though his comments were sometimes considered offensive, his unfiltered nature was as key to his identity as his black and white uniform with sunglasses and fingerless gloves.

Below, we’ve rounded up his most memorable (and controversial) quotes on topics ranging fashion and money to tattoos and physical beauty. Some are funny, some are shocking, but each and every one offers a glimpse into the mind of this one-of-a-kind legend.

“Trendy is the last stage before tacky.”

“Fashion is a train that waits for nobody. Get on it, or it’s gone.”

“Fashion is neither moral nor amoral, but it is made to cheer up.”

“Sweatpants are a sign of defeat. You lost control of your life so you bought some sweatpants.”

“I hate ugly people. They are very depressing”

“I am like a caricature of myself, and I like that. It is like a mask. And for me the Carnival of Venice lasts all year long.”

“I am a sort of vampire, taking the blood of other people.”

“I have no human feelings.”

“I am very much down to Earth. Just not this earth.”

“I’ve always known that I was made to live this way, that I would be this sort of legend.”

“When I was four I asked my mother for a valet for my birthday.”

“When you hear designers complaining about the challenge of their profession, you have to say: ‘Don’t get carried away—it’s only dresses.’”

“I don’t believe in lifetime achievement. For me it is all about the next collection.”

“I am a kind of fashion nymphomaniac who never gets an orgasm.”

“There is nothing worse than bringing up the ‘good old days.’ To me, that’s the ultimate acknowledgment of failure.”

“You cannot fight against it. There’s a price you have to pay for fame, and people who don’t want to pay that price can get in trouble. I accepted the idea of celebrity because of a French expression: ‘You cannot have the butter and the money for the butter.’”

“What I’ve done, Coco Chanel would never have done. She would have hated it.” “Vanity is the healthiest thing in life.”

“I hate it when rich people try to be Communists. I think that’s obscene.”

“If you throw money out of the window throw it out with joy. Don’t say: ‘One shouldn’t do that’—that is bourgeois.”

“The most important piece in the house is the garbage can.”

“I hate intellectual conversation with intellectuals because I only care about my opinion.”

“I think tattoos are horrible. It’s like living in a Pucci dress full-time.”

“Improvise. Become more creative. Not because you have to, but because you want to. Evolution is the secret for the next step.”

“What I love best in life is new starts.”

“What I hate most in life is selfies.”

“Don’t sacrifice yourself too much, because if you sacrifice too much there’s nothing else you can give and nobody will care for you.”

“There is no secret to life. The only secret is work. Get your act together, and also, perhaps, have a decent life. Don’t drink. Don’t smoke. Don’t take drugs. All that helps.”

“Why should I stop working? If I do, I’ll die and it’ll all be finished.”

“I do not like funerals, and I do not want anyone to come to mine. Do what you want with the ashes. Send them down the garbage chute.”

Karl Lagerfeld Chanel Quotes Fashion Designers
Michael Alan Connelly
Head of Digital Content
A Chicagoan by birth and a New Yorker by habit, Michael has more than a decade of experience in digital publishing at leading titles in the U.S. and Asia. When he's not checking out Hong Kong's newest restaurants and bars or jet setting around the globe, you'll find him hanging out with his dog Buster and enjoying an Aperol Spritz.
Travel Hotels Restaurants Cocktails Culture Italy Art Music Cheese