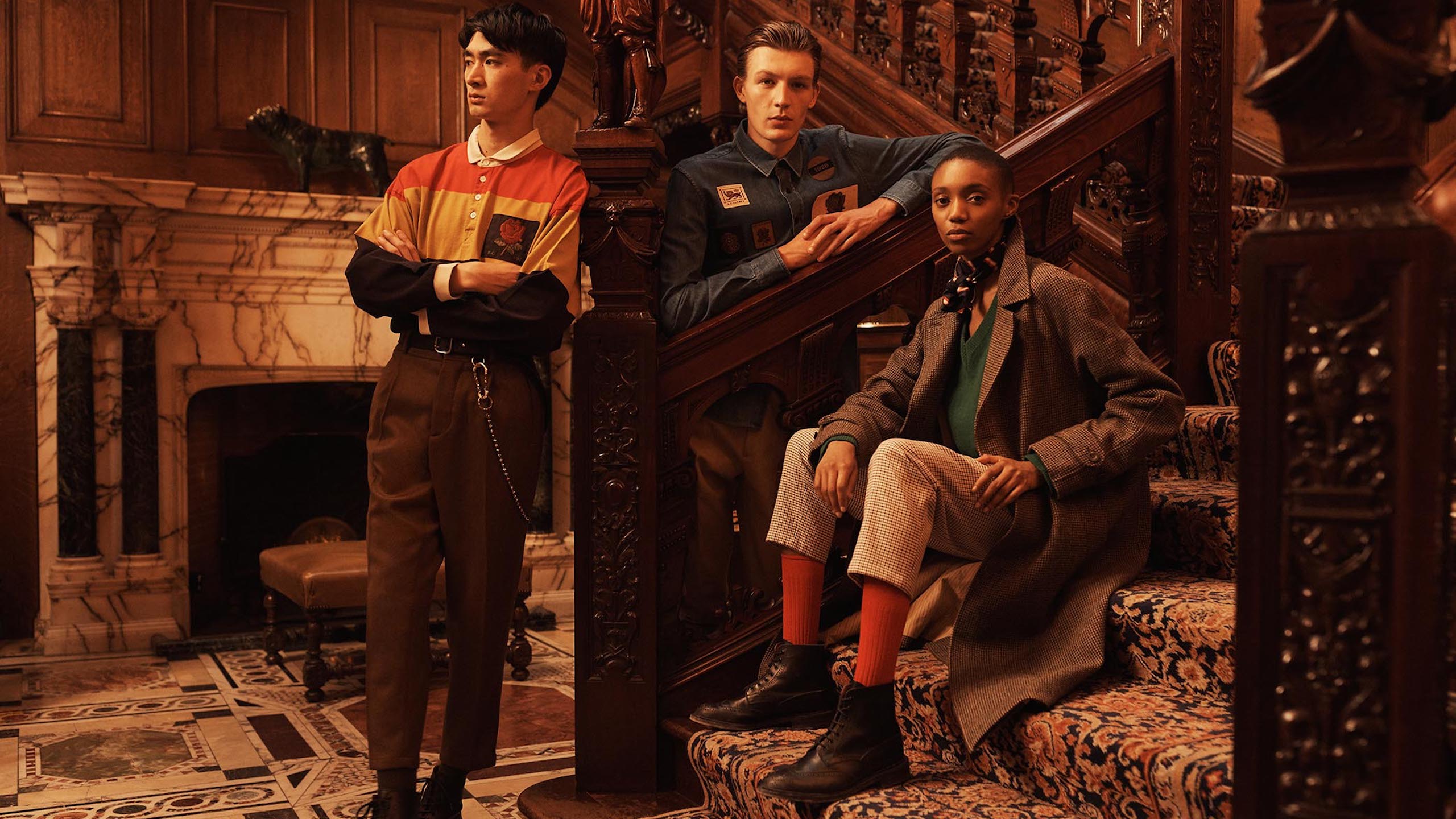 Whilst the Kent & Curwen AW2019 show (held in London earlier this January) was reportedly inspired by many muses — the Duke of Kent, PG Wodehouse, Tommy Shelby — the clearest influence that ran throughout the collection appeared to be tonal. Creative Director Daniel Kearns’s fall pieces sought to capture the British public’s mood after WWI: a historic moment defined by changing social norms, new money and the unbridled optimism of the post-war period. “It was an attitude of everything being possible,” says Kearns. “The spirit of the times.” That might explain why AW2019 is the brand’s most eclectic offering to date: a pastiche of sportif and sartorial designs, drawn out of the archives and into the reality of edgy urban living.

The collection’s overarching study of Britain during the interwar period isn’t without precedent. That era has always been an important part of the Kent & Curwen heritage — it was in the 1920s that founders Eric Kent and Dorothy Curwen began to dress the more progressive elements of English high society. Still, Kearns has mined the period like never before, in service of pieces that propel Kent & Curwen beyond its usual pale of preppy sportswear and football hooliganism.

For AW2019, English formal dress and military attire are reimagined as sportswear: the classic boating blazer is transposed into the format of a 2-piece suit, all peg-legged and high-buttoning. Meanwhile, statement outerwear like the naval greatcoat, usually monochrome and drab, is decontextualised for modern wear, sporting an array of plaids and checks befitting a hunt on the Moors. It’s all quite sartorial, in a way which feels relaxed and thoroughly modern in its construction.

Overt references to 1920s dandyism mightn’t be to everyone’s taste, so Kearns — ever the pragmatic designer — has been sure to temper the esoteric aspect of his collection with more commercially viable fare. Since 2017, the Tudor rose — famously sported on pieces worn by business partner David Beckham — has been among the brand’s most recognisable graphic devices; and returns this fall in the varied guise of a sweatshirt, rugby and oversized knit. The decision to drape these pieces on strident female models — in particular, a slouchy grey sweatshirt featuring the classic rose logo in bullion metalwork — was a timely one: refuting gender-binary design in favour of clothes that stood a chance of looking good on everyone.

Alongside the main fall collection, Kearns also presented the ‘Garrison Tailors by Order of the Peaky Blinders’ capsule: a collaboration between Kent & Curwen and the makers of the eponymous BBC television series. The capsule consists of tailored essentials that are inspired by the wardrobe of the fictional Shelby crime syndicate: the gang’s collarless shirts; three-piece tweeds; and signature newsboy cap were all reproduced (with the aid of the showrunners), evoking the look of Birmingham gangs after WWI. Unlike the Kent & Curwen main line, this capsule features minimal branding.